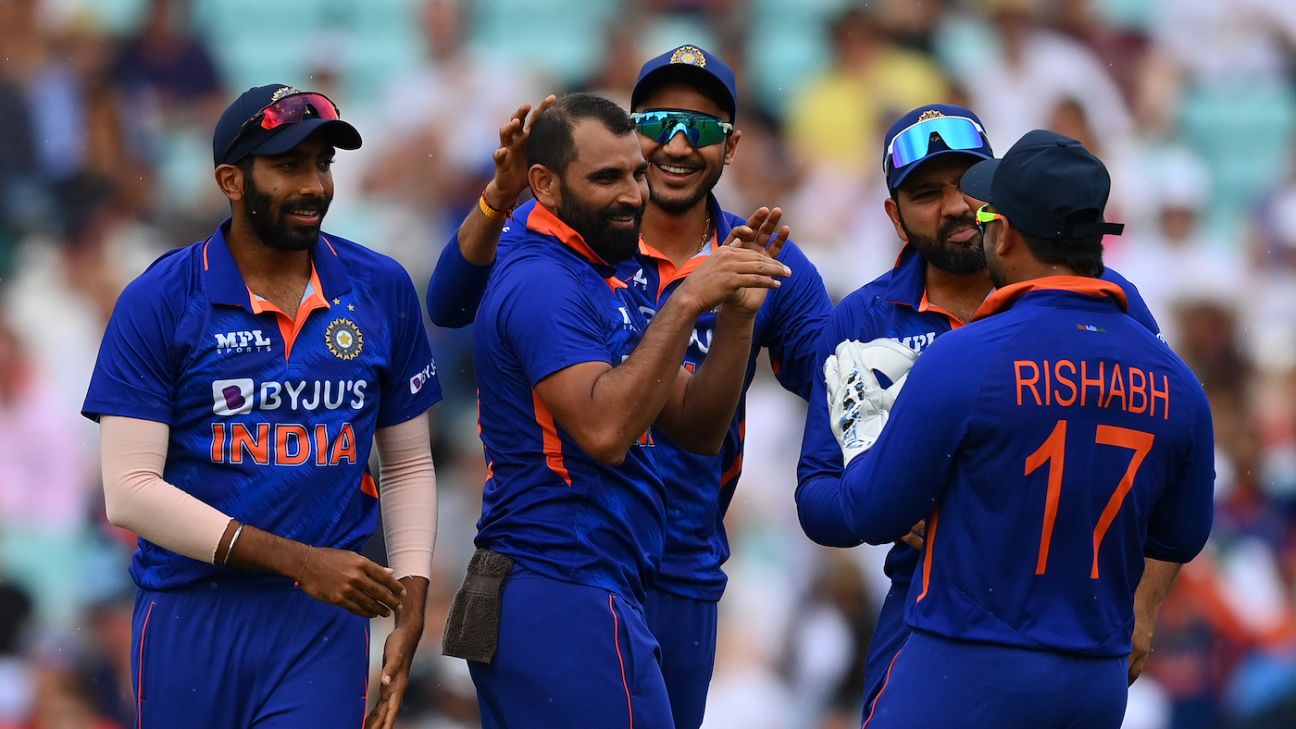 India picked Mohammed Shami over Harshal Patel for their T20 World Cup campaign opener against Pakistan at the MCG and former captain Anil Kumble feels the biggest reason for that decision is to get early wickets with the new ball.
“I think most importantly, the reason that Shami is ahead of Harshal Patel is to get wickets up front,” Kumble said on ESPNcricinfo’s Time Out show. “That’s what Rohit will be hoping for. With Bhuvneshwar Kumar and Mohammed Shami to get a couple of wickets early on.”
Shami, who had not played a single T20I since the World Cup last year, was brought into India’s squad after Jasprit Bumrah was ruled out with injury and he bowled just one over in their warm-up game against Australia. That over was the 20th over of Australia’s chase, and Shami made an immediate impact with three wickets.
India also picked offspinner R Ashwin ahead of legspinner Yuzvendra Chahal and Kumble said the reason for that could be to ensure more batting depth.
“If you look at Harshal not being part of the team, then the batting would have stopped at No.7 with Chahal in. India thought we need a deep batting order, because the way they have gone about constructing their T20 innings now with the batting has been a bit more positive, a bit more intent, and if you have to have that kind of approach you need to have the longer batting order,” Kumble said. “So that’s one of the reasons why they have gone with Ashwin. And experience as well.”
He also laid out what would potentially be India’s combination in the death overs. “At the death, Arshdeep two, Bhuvi one and Shami one, those will be your last four overs.”
India are opening their T20 World Cup campaign against Pakistan in front of a full house at the MCG. They are in Group 2 of the Super 12s, along with Bangladesh, South Africa, Zimbabwe and Netherlands.
Tags: ICC Men's T20 World Cup, India, Mohammed Shami, Pakistan vs India