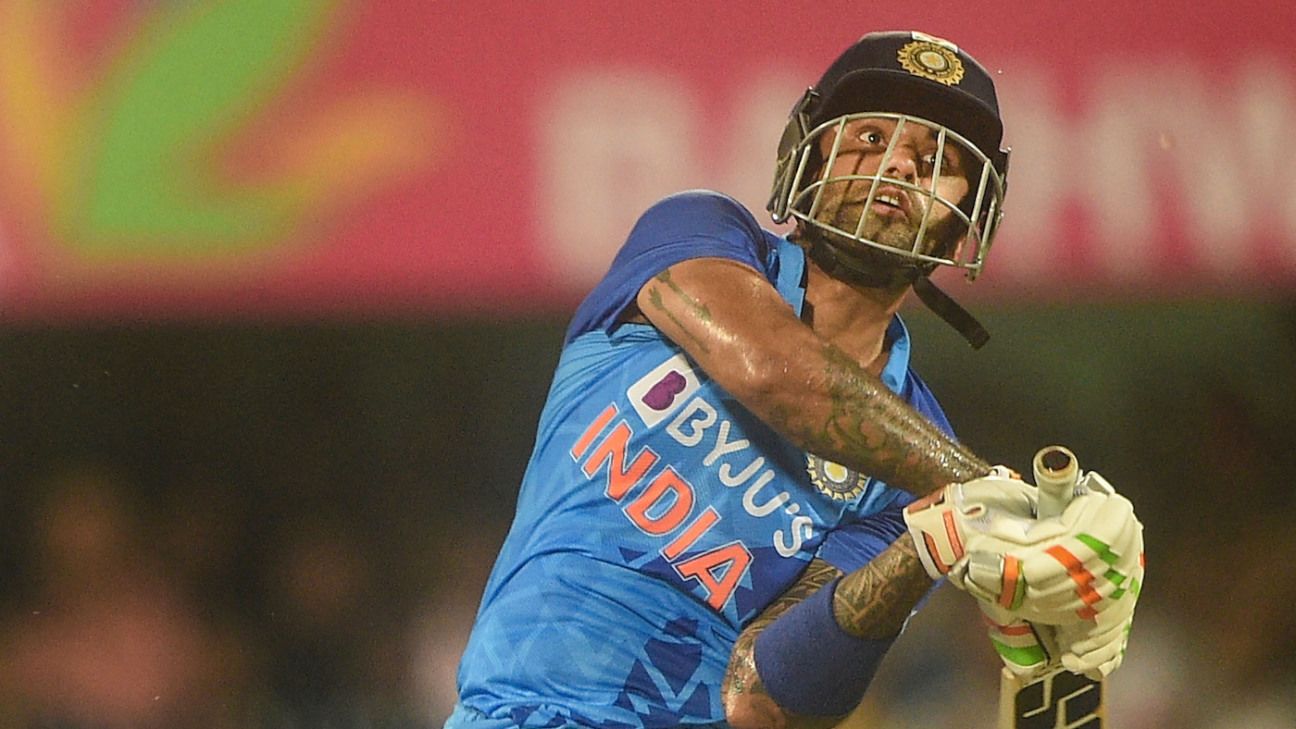 Suryakumar Yadav’s stunning rise in the men’s T20 batters’ rankings continued through the home series against South Africa, where he hit 50* and 61 in the first two games before finishing the series with an innings of 8. While that hasn’t led to a change in positions at the top of the pile, he has moved to within 16 rating points of Mohammad Rizwan, who has held on to the No. 1 spot but only just, after being rested for the sixth T20I at home against England and then scoring 1 in the final game.
Babar Azam remained in third place after the latest update, but is now 37 ratings points behind Suryakumar, who is on 838 compared to Rizwan’s 854.

At the end of the India vs South Africa and Pakistan vs England T20I series, there were some other big movers too. KL Rahul jumped seven spots to 14th after scoring 108 runs from two matches, while Quinton de Kock (up eight spots to 12th), Rilee Rossouw (up 23 places to 20th) and David Miller (up ten spots to 29th) gained too.
Dawid Malan rose one spot to fifth after scoring 26 and 78* in the past week, while Ben Duckett (up eight spots to joint 24th) impressed too.
There have been some changes in the bowling list too. While Josh Hazlewood held on to the top spot, Tabraiz Shamsi and Adil Rashid have both slipped three spots each, meaning a rise for Rashid Khan, Wanindu Hasaranga and Adam Zampa.
Meanwhile, Keshav Maharaj’s two-wicket hauls in the last two T20Is in India have given him a boost, taking him from No. 17 to No.10, R Ashwin has jumped 28 places to 20th overall after miserly – though wicketless – performances against South Africa, and Reece Topley has gone up nine spots to 14th following five wickets from four matches.
Tags: Dawid Malan, England, India, India vs South Africa, Keshav Maharaj, KL Rahul, Mohammad Rizwan, Pakistan, Pakistan vs England, Quinton de Kock, South Africa, Suryakumar Yadav

Hamstrung Pakistan ready to do battle

The urn prepares to leave home