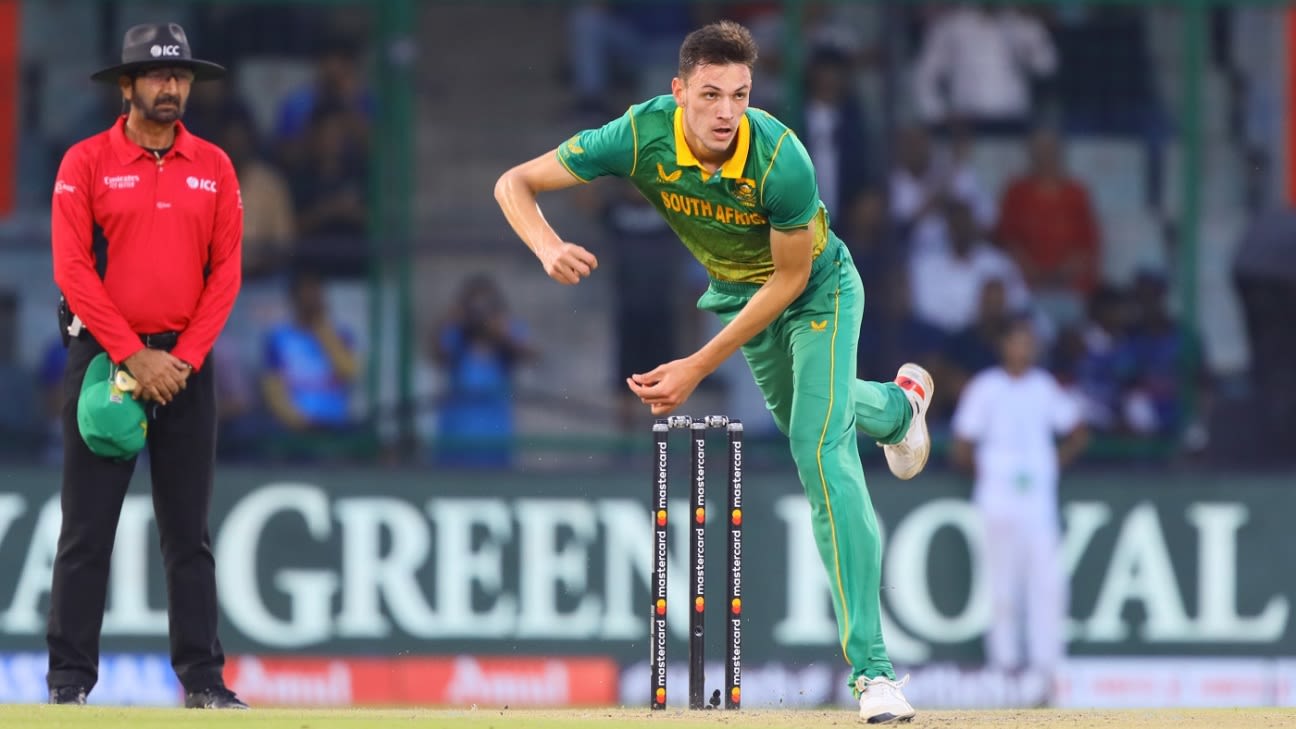 Left-arm quick Marco Jansen has been called up to replace the injured Dwaine Pretorius in South Africa’s 15-member 2022 T20 World Cup squad. In place of Jansen, who was initially part of the travelling reserves, fast bowler Lizaad Williams has been added.
Pretorius had fractured his left thumb in the third T20I against India, which was South Africa’s only win in the three-match series. Jansen, 22, who was only part of the T20I squad for the tour, then replaced Pretorius for the ODI leg before being named for the T20 World Cup, which starts on October 16 in Australia.
Jansen made his T20I debut in South Africa’s tour to India in June earlier this year. He trapped Shreyas Iyer lbw for his maiden wicket and was taken for 38 runs off his four overs. That’s the only T20I he has played so far. He has also played seven Tests and three ODIs for South Africa.
Wayne Parnell, Anrich Nortje, Kagiso Rabada and Lungi Ngidi are the other seam-bowling options in the South Africa side for the tournament apart from Jansen.
South Africa open their campaign on October 24 against one of the qualifying sides from the first round.
Updated squad: Temba Bavuma (capt), Quinton de Kock, Reeza Hendricks, Marco Jansen, Heinrich Klaasen, Keshav Maharaj, Aiden Markram, David Miller, Lungi Ngidi, Anrich Nortje, Wayne Parnell, Kagiso Rabada, Rilee Rossouw, Tabraiz Shamsi, Tristan Stubbs
Reserves: Bjorn Fortuin, Andile Phehlukwayo, Lizaad Williams
Tags: ICC Men's T20 World Cup, Lizaad Williams, Marco Jansen, South Africa

'You get remembered for how many Tests you've played' – Bairstow

Gubbins and Eskinazi revel in their overdue catch-up