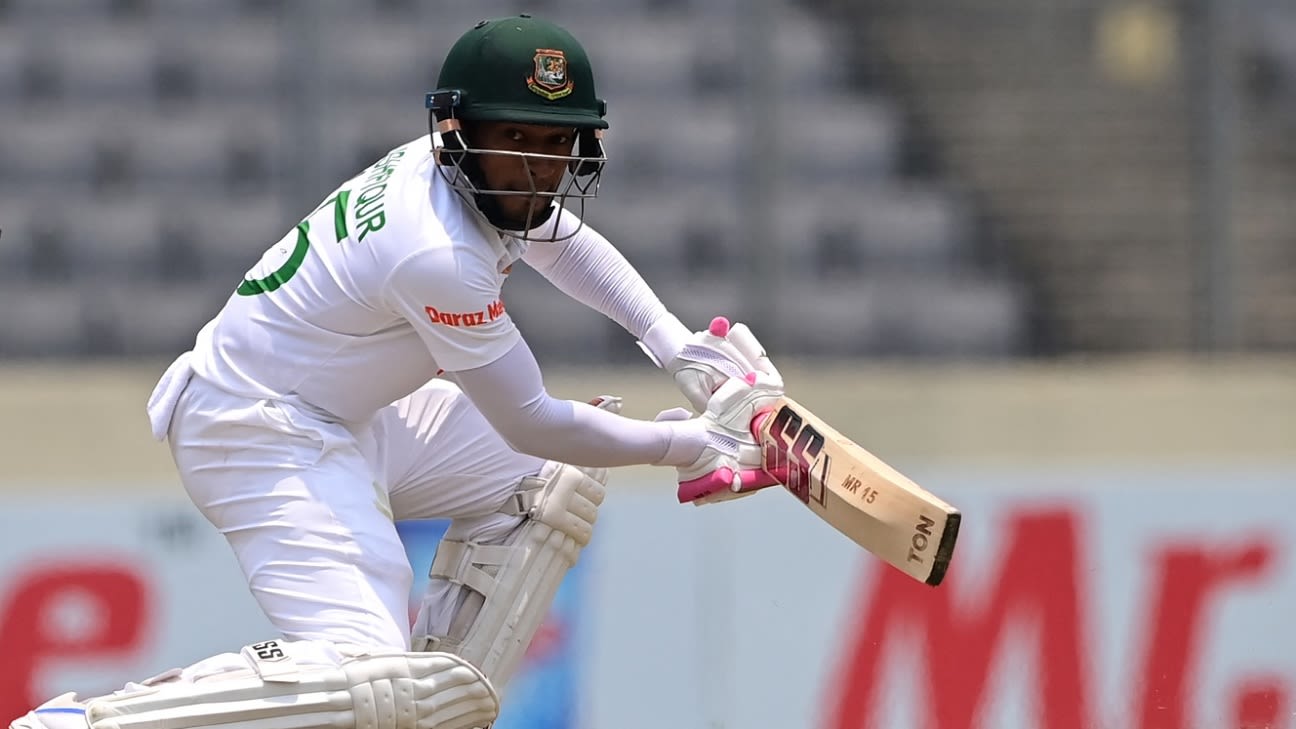 Sylhet Division took pole position with a fine four-wicket win over defending champions Dhaka Division in the NCL’s second round at the BKSP-3 ground in Savar. In the other Tier 1 match, Rangpur Division opened their account with a seven-wicket win over Chattogram Division in Dhaka.
In the second tier, Rajshahi Division grabbed the top spot in the points table with a ten-wicket win against Dhaka Metropolis, while Barishal Division beat Khulna Division by 71 runs.
Meanwhile, the NCL saw the return of first-choice players after those selected in the BCB XI squad for the proposed Tamil Nadu tour remained at home due to a delay in getting their visas.
Best batters
There were two centuries during the second round, both coming from Tier 2 matches. Nahidul Islam blasted ten fours and seven sixes on the way to his second first-class century. He smashed 129 out of Khulna’s total of 213 against Barishal. Elsewhere, Mushfiqur Rahim struck 110 with six fours in Rajshahi’s big win over Dhaka Metro.
There were match-winning fifties from Sylhet’s Amite Hasan and Jaker Ali, who made a quickfire 51 off 46 balls – with two fours and four sixes – that helped them in the fourth-day chase.
Best bowlers
There were five five-wicket hauls in this round of games, with veteran left-arm spinner Nabil Samad taking his second successive five-for for Sylhet, who were also helped by Tanzim Hasan Sakib’s 5 for 53 in the second innings. Meanwhile, Chattogram’s Hasan Murad and Khulna’s Tipu Sultan got a five-wicket haul each in a losing cause, even as Rajshahi’s Taijul Islam took 6 for 109 in their big win over Dhaka Metro.
Best match
Sylhet’s four-wicket win over Dhaka Division could have major consequences later in the competition, as they now lead in their tier. Playing against the defending champions, that was a massive result for Sylhet, who have never won the tournament.
Nabil’s 5 for 36 rocked Dhaka, who were bowled out for 128 in the first innings. Sylhet took only a 39-run lead, with Amite’s 63 being the only notable contribution in their total of 167. Dhaka replied with 256, as Shuvagata Hom top-scored with 89. But Sakib’s late burst of five wickets restricted them to a 217-run lead after their second innings.
Sylhet lost three early wickets in the chase of 218, but the experienced opener Imtiaz Hossain held firm with a patient 51. However, big-hitting Jaker and Sakib ensured Sylhet’s crucial win in Tier 1.
Points to ponder
Sylhet are on top of the points table, with Rangpur also opening their account in Tier 1. Rajshahi lead the Tier 2 table, while Khulna suffered their second loss in a row.
Players to watch
Amite, last season’s second-highest scorer, continued his fine form with another fifty for Sylhet, after scoring 79 in the first round. Young fast bowler Sakib impressed with his performance too, with experienced Nabil also picking up his second successive five-for.
Tags: Amite Hasan, Bangladesh, Barishal vs Khulna Div, Chattogram vs Rangpur Div, Dhaka Div vs Sylhet Div, Dhaka Metro vs Rajshahi Div, Mushfiqur Rahim, Nahidul Islam, National Cricket League