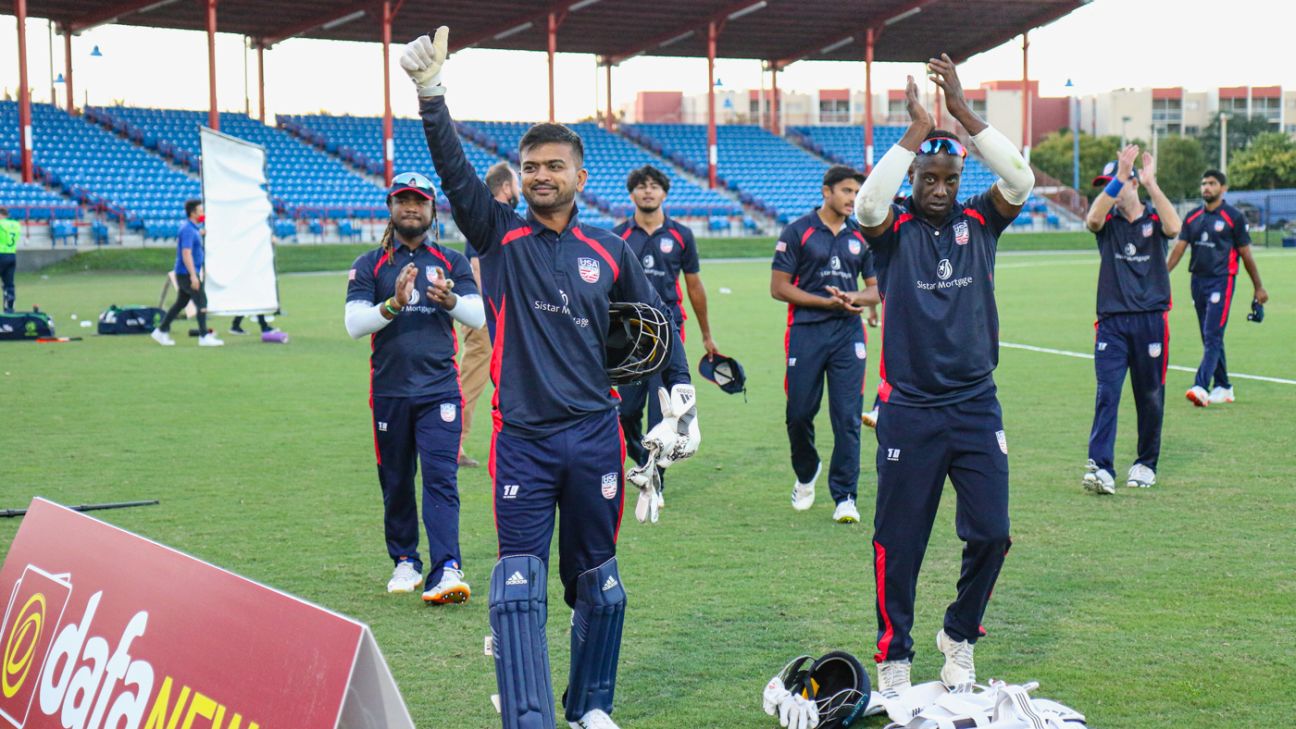 More details of USA Cricket’s worrying financial situation were unveiled during an Annual General Meeting on Sunday in Los Angeles, as a financial audit showed that the governing body was approximately $650,000 in debt by the end of 2021.
As a consequence of the current debt, it was announced that the men’s Senior and Under-19 National Championships had been cancelled for 2022 and will not resume until 2023 at the earliest.
The report showed that USA Cricket had net positive assets of $868,000 at the start of 2021, but had subsequently overspent projected budgets by $1.5 million during the calendar year. This included spending $400,000 to host Ireland in December 2021, a series that had not been budgeted for at the start of the year and was only hastily announced in November 2021. The costs were particularly hefty in retrospect considering that it amounted to two just T20Is following the cancellation of the subsequent three-match ODI series due to Covid-19.
Related
Another section of the report showed that USA Cricket had budgeted $136,000 in administrative costs, but wound up totalling just short of $800,000 in administrative expenses. No explanation was provided as to what these excess administrative expenses were. The report also showed that USA Cricket had expected to received $1.1 million in sponsorship money for 2021, but only wound up receiving $829,000.
In a piece of promising news, though, USA Cricket interim board chairman Atul Rai confirmed that overdue financial submissions to the ICC had finally been delivered and that this should soon result in USA Cricket’s funding suspension being lifted by the ICC. Rai had stated in a letter to members on September 30 that part of USA Cricket’s debt was a result of missing financial statement submission deadlines to the ICC and that the ICC had suspended funding until these statements were submitted. The AGM was attended by ICC Global Development Manager Will Glenwright and ICC Americas Regional Development Manager Fara Gorsi.
But the full picture regarding USA Cricket’s entire debt still remains unclear. Following the financial report presented by newly appointed treasurer Kuljit Singh-Nijjar, it was stated by fellow board member Avinash Gaje that USA Cricket’s financial accounts currently remain unreconciled.
“We are still discovering some expenses coming through that were not documented,” Gaje said after the financial report was presented. “We have done 80-85% of the reconciliation and there is still more to come.”
USA Cricket board members Nadia Gruny and Sushil Nadkarni chat with ACE and Major League Cricket co-founder Sameer Mehta•Peter Della Penna
Any attempts to get clarification on USA Cricket’s financial situation were severely limited during a question and answer session for members that lasted less than 15 minutes and was restricted to questions submitted and pre-screened by a 36-hour deadline prior to the start of the AGM. When a member asked USA Cricket to explain what they had spent the $5 million that was received by commercial partner ACE – cited by ACE co-founder Vijay Srinivasan in a recent interview with ESPNcricinfo – on since the signing of the commercial deal in May 2019, board member Venu Pisike said that members should check financial statements on the USA Cricket website from the last three years.
However, complete financial statements from 2021 have not been made publicly available. Separately, USA Cricket board meeting minutes are also supposed to be publicly available – as required by US non-profit law – but there are no board minutes available to access from the time the board was formed in August 2018 through the start of 2020, a time frame that includes the signing of the deal with ACE.
Other information released by the board stated that membership had risen from approximately 12,000 individual members who were eligible to vote in the most recent USA Cricket election, to approximately 16,0000 as of September 2022. USA Cricket had previously said that it had more than 20,000 members, but Gaje clarified that the 20,000 figure was based on people who attempted to become members via the USA Cricket website but never actually carried out the complete registration process including paying a membership fee.
Gaje stated that aside from individual membership growth, clubs had risen from 1300 to 1860 members and leagues from 86 to 140, as well as 44 academies, showing a 60% growth rate in these areas. Of these figures, women’s board representative Nadia Gruny stated that there were 283 female players registered.
USA Cricket interim board chairman Atul Rai also told members that the organisation was identifying CEO candidates and hoped to announce a new CEO shortly. This contradicted Rai’s own words from the letter sent out to members on September 30 in which he said that “until we bring back financial stability and we are able to balance our budgets, we will not be able to move forward with any such appointments”. The role has been vacant since Iain Higgins resigned in November 2021.
Tags: United States of America