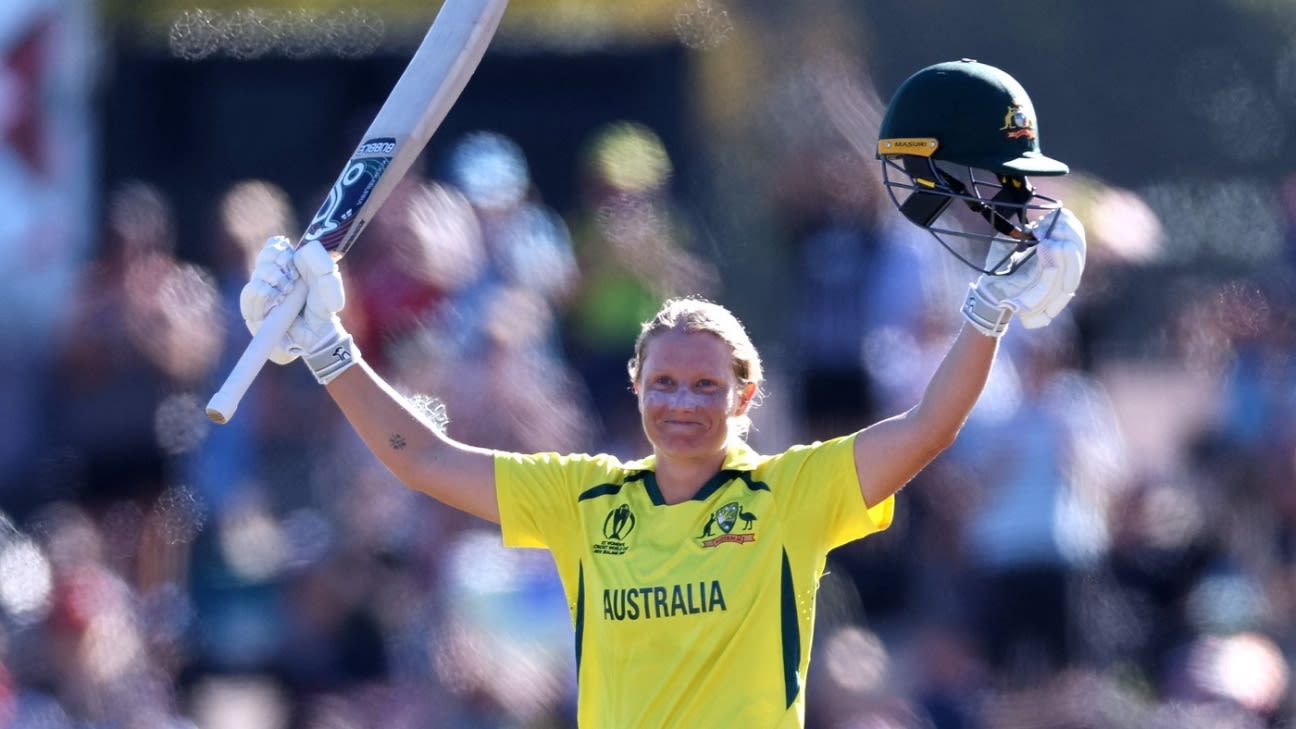 Alyssa Healy is ready to lead the Australian women’s cricket team this summer if called upon after being appointed as Meg Lanning’s vice-captain.
Healy was officially named as the retired Rachael Haynes’ replacement on Thursday, after previously filling in as a vice-captain last summer.
There is every chance the role could turn into that of stand-in skipper, with Lanning no guarantee to return from personal leave before a December T20 series in India.
Lanning is currently overseas after taking leave from the game in August, and while she has been given space by Australian players Healy contacted her personally to deliver the news.
Related
Healy on Thursday stressed the Australian team was still Lanning’s and she is still hopeful her close friend will return to playing with no discussions yet about captaining in India.
“I am positive she will be back around Australian cricket and in what role I am not 100 per cent certain,” Healy said. “That is a decision for Meg and one that me in particular I am really supportive of her making.
“Whatever role I play in the summer I am happy with. If she comes back and says this is my team and I want to play and captain, it’s a great thing for Australian cricket. But if it’s the flip-side of that and there is a conversation about me having to take over then that is really exciting for me.”
Australia also have a home series against Pakistan in January before a T20 World Cup defence in South Africa in February.
Healy was confident if called upon she would be able to juggle her many roles, including as both the team’s wicketkeeper and opening bat.
She has had experience doing so with New South Wales – a team in transition for the past four years with several older players retiring or moving elsewhere.
Australia are also facing a changing of the guard with Shelly Nitschke last month named the team’s new full-time coach and Dan Marsh and Scott Prestwidge announced as new assistants on Thursday.
“To have an opportunity to help shape the next chapter of this group, it’s really exciting for me,” Healy said. “If and when called upon [to captain] I would be absolutely chuffed to do that and call on some experience I have had with the NSW Breakers in the past couple of years.”
There is also some chance Healy’s appointment could extend her own career after she recently admitted she had considered her own future in recent months.
“It probably re-energises and re-focuses too,” Healy said. “There have been little moments and cool opportunities along the way that have reinvigorated me and the way I want to play the game. This is another one of those moments that makes you sit back and think, go: Actually is a really cool time to want to be involved.”
Tags: Alyssa Healy, Australia Women, Meg Lanning, Rachael Haynes