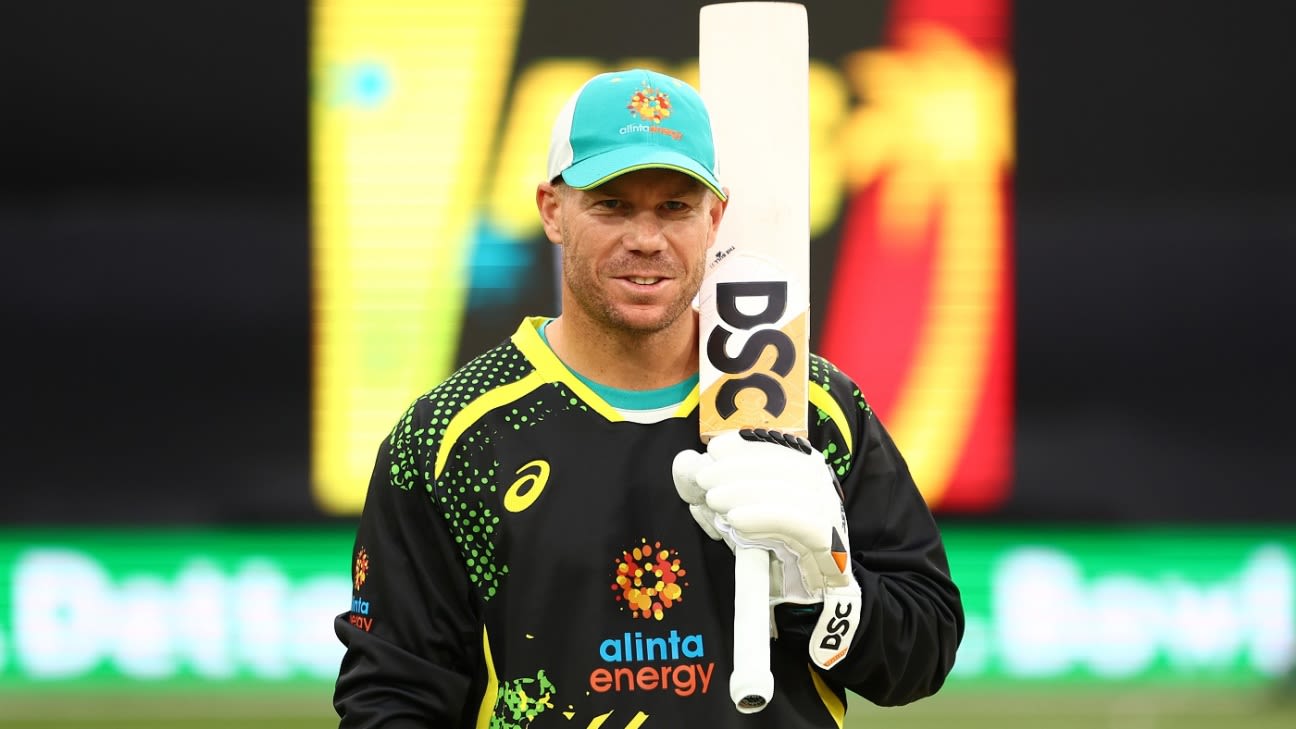 David Warner could learn this week if he stands any chance of overturning his leadership ban as two days of meetings between cricket’s powerbrokers loom.
Warner’s ban is likely to be discussed at Thursday’s annual general meeting with the states, and is again expected to be a talking point at a Cricket Australia (CA) board meeting on Friday.
His leadership status will be one of several talking points, in tandem with Australia’s next men’s ODI captain following Aaron Finch’s retirement.
TV rights negotiations are also likely to be on the agenda, with the current deal up after the 2023-24 summer, while a new pay deal for players is also due next year.
In addition, officials must determine whether Australia will play Afghanistan in three ODIs next March, after CA last year made their concerns clear about facing the nation while it remains under Taliban rule.
Related
Two vacancies must also be filled on the CA board. Cricket Victoria chairman David Maddocks is favoured to replace the outgoing Mel Jones, while Michelle Tredenick has also resigned.
But it is the status of Warner and his lifetime leadership ban that will draw the most attention out of the high-powered Hobart meetings.
Warner has repeatedly stated this year that he wants to talk with CA over the matter, after he was handed the ban in the wake of the 2018 ball-tampering affair.
Only one director, John Harnden, remains from that time. He is up for re-election this week.
Finch and Test captain Pat Cummins have voiced their opinion that Warner should be able to hold a leadership position again, while his case will also be helped by his return to the Big Bash with Sydney Thunder.
Players have said Warner remains an informal leader in the national set-up, with Mitchell Marsh declaring as much earlier this week.
“I love Davey, certainly batting with him over the last 18 months, spending a lot of time with him, we’ve become great mates off the field,” Marsh said on Tuesday. “He’s certainly got a lot of energy around our team, brings everyone together, books golf for everyone.
“He’s actually our team manager, people probably don’t know that. He’s a great leader among our group. As far as all the [Cricket Australia] decisions go, I certainly steer clear of all those conversations. But he’s a great man to have in the squad.”
Warner would shape as a potential option for the one-day captaincy or vice-captaincy if his ban is lifted, but the process would not be straightforward before the next game in the format against England on November 17.
If CA’s board do opt to consider going down that path, they will need to rewrite their own code of conduct which does not allow for a player to appeal a punishment once it has been handed down.
Consultation would also be required with newly appointed ethics commissioner Dr Simon Longstaff, who led the cultural review into CA following the sandpaper-gate scandal.
Tags: Aaron Finch, Australia, David Warner, Mitchell Marsh

Hoggard going back to basics