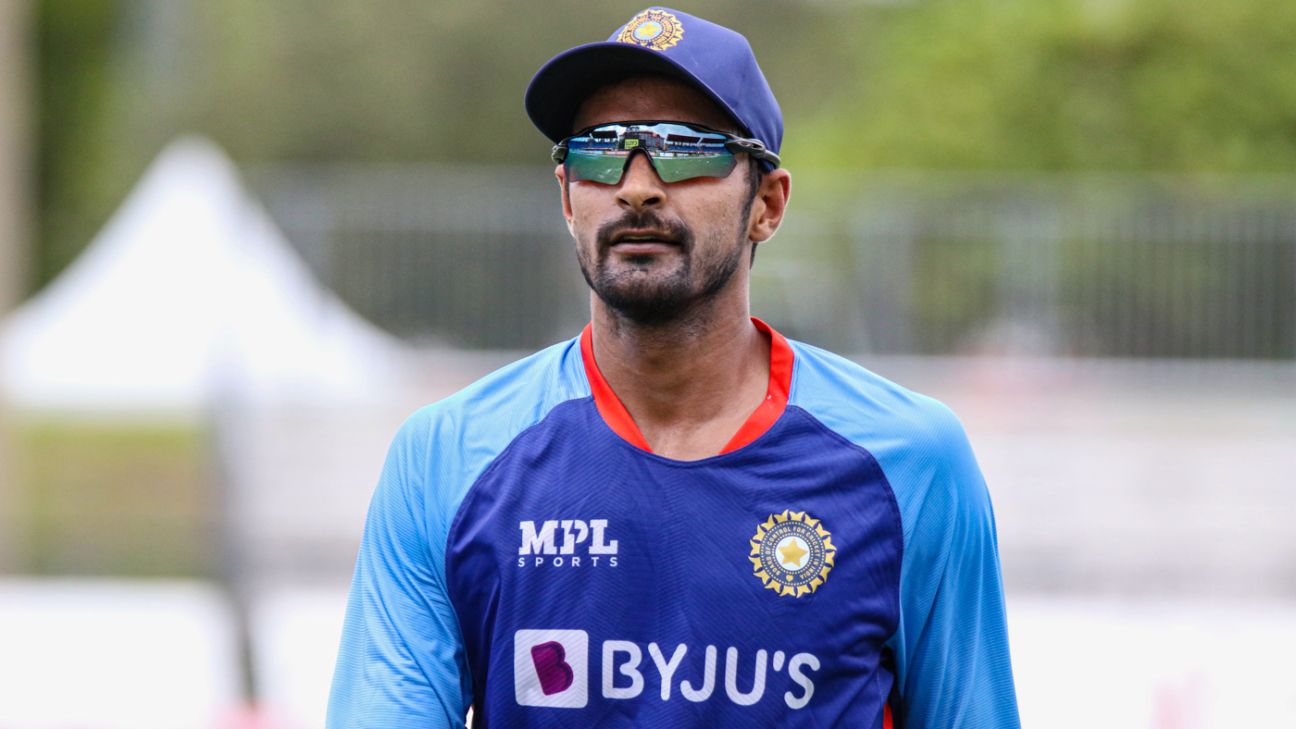 Deepak Hooda is part of India’s 14-member contingent that departed for Australia on Thursday morning to begin their T20 World Cup preparation. The 15th member – Jasprit Bumrah’s replacement – is yet to be named.
Hooda is believed to have recovered from his back niggle that led to him missing the South Africa T20I series. He subsequently underwent treatment and a thorough medical assessment by the medical staff at the National Cricket Academy in Bengaluru, where he had reported along with Bumrah in the last week of September.
Meanwhile, the selectors are expected to announce Bumrah’s replacement later this week, and the player is expected to depart along with the travelling reserves following the conclusion of the ongoing ODI series against South Africa on October 11.
Mohammed Shami is the frontrunner to replace Bumrah. India coach Rahul Dravid had hinted as much in the press conference after the end of the South Africa T20Is. Rohit Sharma, while saying that the 15th member would be named once they land in Australia, too had hinted that the team management preferred someone who had the experience of playing down under, something that works in Shami’s favour.
Shami is currently in Bengaluru following his recovery from Covid-19 – which had ruled him out of the Australia and South Africa T20Is – with the selectors keen on seeing how he holds up post-Covid.
Apart from Shami, Deepak Chahar and Mohammed Siraj could also be in the fray. Shami and Chahar, at the moment, are among the four reserve players along with Shreyas Iyer and Ravi Bishnoi. Siraj, an outside contender, was called up to replace Bumrah for the T20I series against South Africa.
The Indian team will undergo a week-long conditioning camp in Perth, where they are expected to play two practice games against a Western Australian XI, before playing Australia and New Zealand in two warm-up matches ahead of their World Cup opener against Pakistan in Melbourne on October 23.
Tags: Deepak Hooda, India