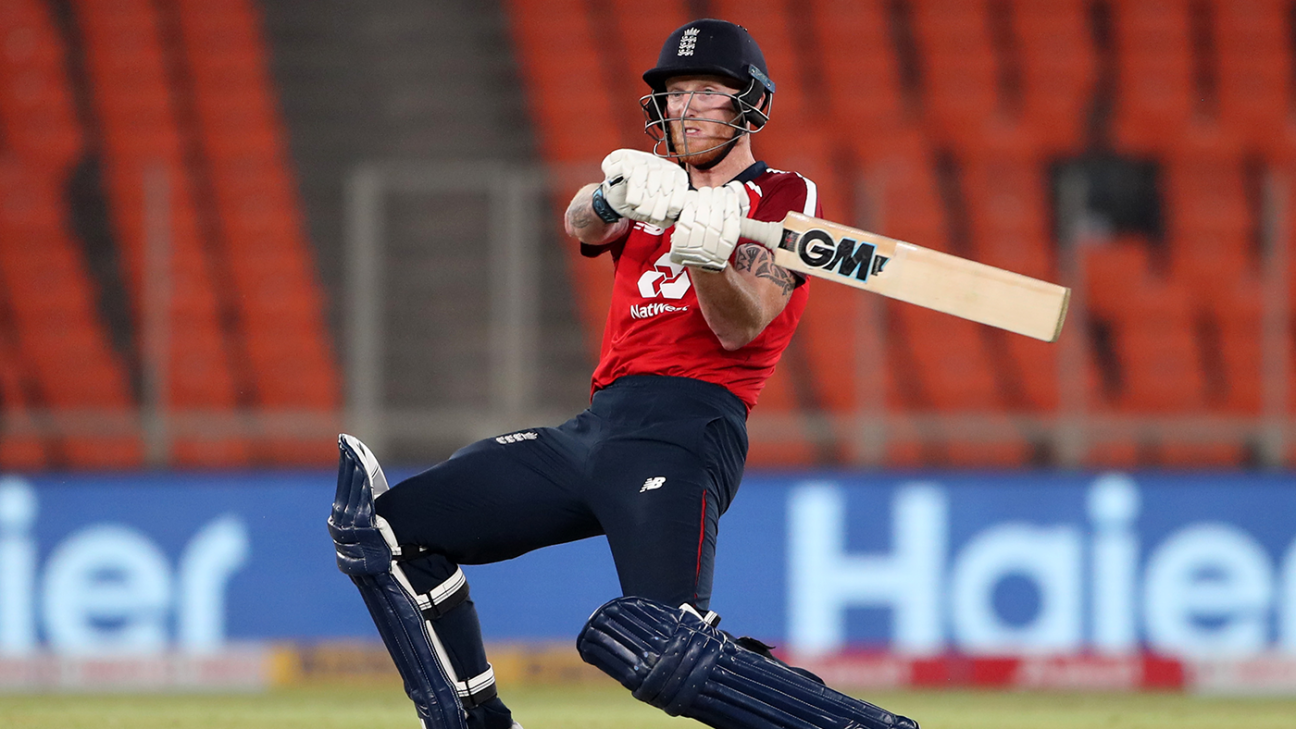 Captain Jos Buttler declared himself fit for England’s T20 clash against Australia in Perth on Sunday, while he confirmed returning talisman Ben Stokes would bat in the top-order but Liam Livingstone remains touch-and-go for the World Cup
Buttler has recovered from a nagging calf injury suffered during the Hundred and sidelined him from England’s stirring T20 triumph in Pakistan.
“I’m back to 100 percent,” Buttler told reporters on Saturday at a sun-drenched Optus Stadium. “Had a good time in Pakistan rehabbing, probably could have played earlier but with the World Cup around the corner it was the right thing to do [to sit out].”
Buttler’s return at the top of the order means Alex Hales, who has returned back to the England fold and is the BBL’s all-time leading run scorer for international players, and Phil Salt will be battling it out for the other opening spot.
Related
Hales has the likely inside running but Salt showed his credentials with a player-of-the-match 88 not out in the sixth T20I match against Pakistan. “We’ll wait and see,” a cagey Buttler said on the selection battle.
“We have great options at the top of the order with guys in really good form in Pakistan. They’re both excellent options. Whoever I partner with will have a great go at it.”
Stokes’ ascension up the batting order had been flagged by coach Matthew Mott recently as he makes his return to England’s T20 team after an 18-month absence.
Stokes, who missed England’s tour of Pakistan, has a mediocre T20I record with an average of 20 and a strike-rate of 136.84 from 28 innings shuffling around the order. But he’s only batted three times in the top four, where he compiled scores of 31, 5 and 15 at No. 3, and Buttler is keen to utilise Stokes’ power hitting early in the innings.
Ben Stokes has not had a regular place in the batting order•Getty Images
“Ben Stokes is someone we want to try to give as much opportunity to impact the game as possible,” he said. “Try to get him up the order as high as we can. Give him as much responsibility as possible and allow him to play his way to get the best out of him.
“Ben is a superstar and a guy you want in the team. There is a lot of excitement to have him back.”
Buttler said Livingstone, who has enjoyed plenty of success at Optus Stadium with Perth Scorchers, remained on the sidelines with an ankle injury and faces a race to be fit for England’s T20 World Cup opener against Afghanistan on October 22.
“[He] is still a little way off at the minute so he’s building back,” he said. “Hopefully he’ll get back to full fitness before the start of the World Cup.”
Entering as a T20 World Cup favourite with the disappointment of a semi-final exit 12 months ago still fresh, England have arrived in sunny Perth confident but seemingly unburdened over expectations of ending a 12-year title drought.
Liam Livingstone is now the main injury concern in the England camp•Getty Images
“Don’t think there’s any pressure on us,” Buttler said. “The team has changed with a new coach and captain. It’s very early in our era as a group albeit we have fantastic players in our team and some real match-winners and world class players.
“I think we’re a dangerous team but we don’t have big expectations on us as a group.”
As they prepare for a World Cup assault, England play old rivals Australia in a three-match series starting at Optus Stadium, which is hosting its first international match in nearly three years.
Even though Australia will bring a weakened attack for the sole match of the series in Perth, Buttler said the clash – expected to be played in front of around 30,000 fans – had important stakes.
“I think they’re the favourites for the World Cup. We’re looking for a great challenge,” Buttler said of defending champions Australia. “Adapting to conditions quickly is going to be a key factor for us to get up and running. It’s all about peaking at the right time for this World Cup.”
Tags: Alex Hales, Australia vs England, Ben Stokes, England, England in Australia, Jos Buttler, Liam Livingstone, Phil Salt