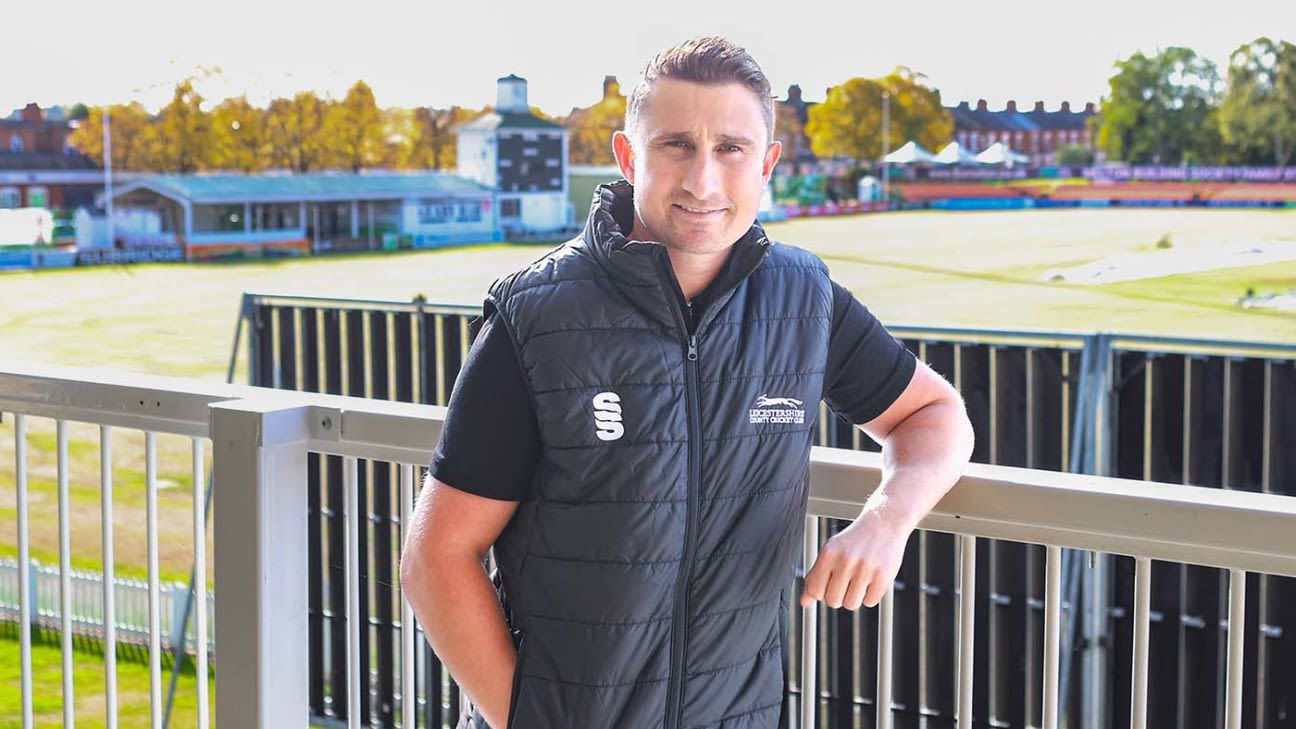 James Taylor has been appointed batting coach at Leicestershire, his first role in professional cricket after losing his job at the ECB in June.
Taylor, 32, was forced to retire from the game six years ago after he was diagnosed with a rare heart condition, and joined the ECB as a selector in 2018 after short-term coaching roles with Northamptonshire and in the England pathway.
He spent three years working alongside Ed Smith and another year as head scout after Smith’s national selector role was axed in 2021.
Taylor spent four seasons playing for Leicestershire before moving to Nottinghamshire, winning the Friends Life T20 in 2011, and will now work under his former captain Paul Nixon, who has been the club’s head coach since late 2017.
“I’m delighted to be back with Leicestershire,” Taylor said. “I’ve got so many fond memories here and I can’t wait to add to those.
“A real passion of mine is helping people and coaching is something where I can do that. I’ve got a wide range of different experiences and hopefully some of that knowledge can transfer to the players.
“There are some hugely talented players here at Leicestershire, and I can’t think of a better place to come and work to try and make a difference. I want to help take the club forward in any way I can.”
Related
Leicestershire had a disastrous red-ball season in 2022, picking up the County Championship’s wooden spoon after a winless campaign, but reached the knockout stages of the Royal London Cup and would have progressed to the quarter-finals of the T20 Blast but for a points deduction.
They announced a significant squad clear-out last month, with allrounder Ben Mike joining Yorkshire and the following seven players all released at the end of the season: Hassan Azad, Sam Bates, Nat Bowley, Alex Evans, Gavin Griffiths, George Rhodes and Abi Sakande.
Sol Budinger has been brought in from Notts, while the club are expected to announce the signing of Matt Salisbury, the Durham seamer, in the coming weeks.
Claude Henderson, Taylor’s team-mate during the 2011 T20 triumph, was appointed director of cricket on a permanent basis last week after filling the role on an interim basis this season.
Tags: Abidine Sakande, Alex Evans, Claude Henderson, Gavin Griffiths, George Rhodes, Hassan Azad, James Taylor, Leicestershire, Matt Salisbury, Nathan Bowley, Sam Bates