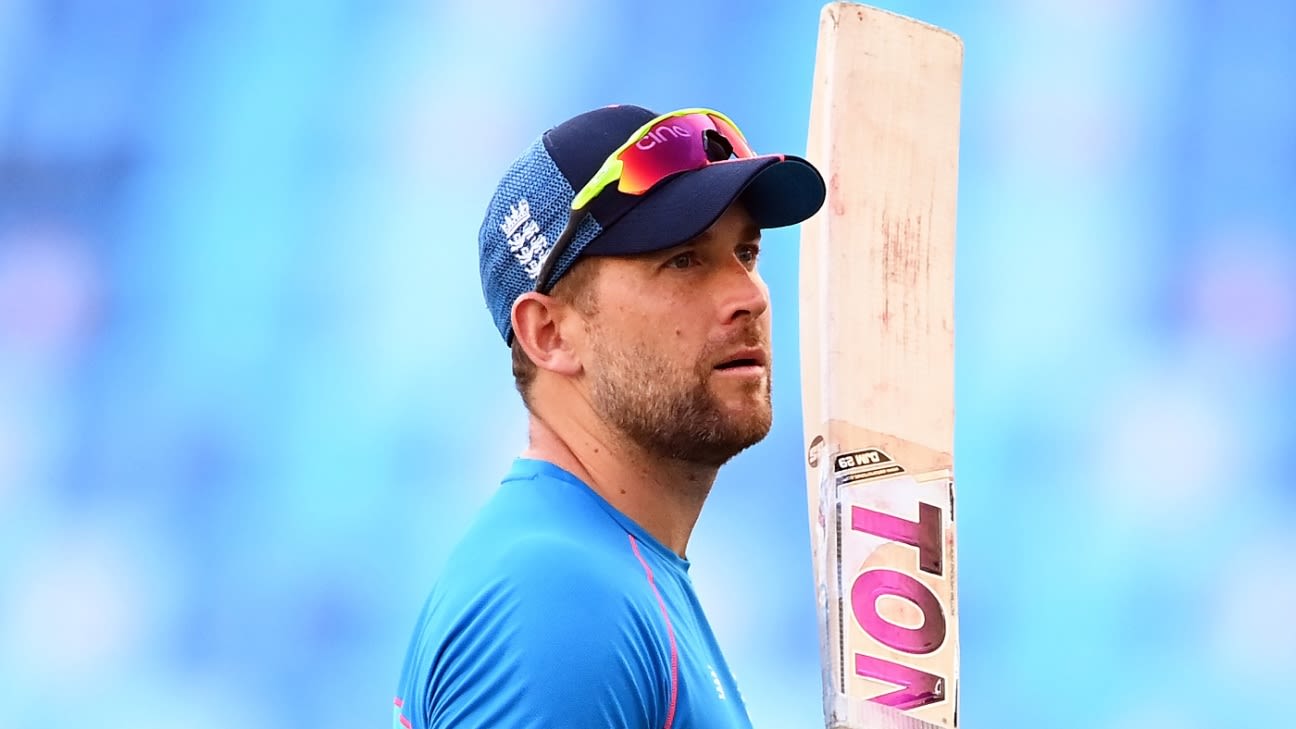 Dawid Malan has become the first England player to publicly declare his support for the proposals outlined in Andrew Strauss’ High Performance Review, suggesting that “less cricket at a higher intensity” would have a number of benefits for English cricket.
Strauss’ review proposed a 15% reduction in the total volume of men’s domestic cricket played in England and Wales, which would be achieved by cutting the number of games in the County Championship and the T20 Blast. Any changes would require 12 out of 18 counties to vote for them and would be implemented in time for the 2024 season.
The proposals have gone down badly among county members and several chairs have already suggested that they will vote them down, but players have pushed – via the Professional Cricketers’ Association, their trade union – for a reduction in the number of games in the domestic schedule.
Related
England players have kept a low profile since the review’s publication but Malan, speaking at Lahore’s Pearl Continental Hotel during England’s T20I series in Pakistan, said that its proposals would avoid marginalising four-day cricket and were a step towards recognising that cricket has become a “12-month-a-year game”.
“It’s about creating a schedule that keeps players wanting to play all formats,” he said, “instead of going, ‘well, I’m playing three tournaments in the winter, and there’s the Hundred, and there’s the Blast, so something needs to give.’ If you can create something that’s going to encourage people to keep playing all formats of the game, that’s going to be the winner for English cricket moving forward.”
Malan said that the relentless nature of the existing schedule risks making county cricketers feel as though they are “going through the motions” rather than improving as players. “[We need] a structure and schedule where you can actually prepare properly for games and actually work on your game,” he said.
“If you’re a player that is trying to get better at your game, there’s no time to work on your game and you’re burning yourself out. With less cricket at a higher intensity and the ability to actually train and prepare for those games, I think your bowlers will be fitter, they will be able to bowl quicker for longer periods, it will be more challenging for batters and you can actually improve your game.”
Malan has played in the majority of T20 franchise leagues and said that the growing number of tournaments staged in the English winter – with South Africa’s SA20 and the UAE’s ILT20 the latest to launch – means that the domestic schedule needs to adapt accordingly.
“Look at young players like Will Jacks who has come in and done so well in the Hundred and the T20 Blast,” he said. “He’s getting a lot of opportunities this winter. I know he’s got Test ambitions but if he starts doing really well and gets into the England white-ball stuff regularly and he’s playing around the world in the winter in three or four tournaments, by the time it comes to April, if he doesn’t get picked up in the IPL then he is probably knackered after playing three or four [Championship] games.
“Something has to give for players like that. It has to make it appealing for players, to still want to play four-day cricket, scheduling-wise, so there is a bit of time between games for them to rest, recover and work on their games. You don’t want to lose a lot of cricket but you don’t want to get to the stage where people are saying ‘it’s too much, and I’d rather play XYZ.'”
He cited the fact that England have only ever spent 12 months as the No. 1-ranked Test team by the ICC. “We can’t argue that the county system is working if we’ve only been No. 1 in the world for X amount of time,” he said. “I’m not saying it’s not working but if you’re looking from a pure stats point of view, you’d say it isn’t producing as well as you’d like.
“We’ve produced some world-class cricketers but it’s how the English system can produce cricketers that are going to be playing cricket similar to Test cricket and testing them in all conditions, so that when they do make the step up, you’re not having to learn on the job.”
Malan also revealed that he is in the process of agreeing a new contract with Yorkshire (his existing deal expires at the end of 2023) and that he does not intend to give up red-ball cricket in the near future. “There will come a time,” he said, “but I still enjoy four-day cricket. I still have a massive drive for that.
“I’d still love to play Test cricket. Whether that’s done or not, it’s not up to me. I think it’s pretty much done, but we’ll find out and see how that works out. I still want to win trophies and have some goals that I want to achieve in terms of amount of runs and hundreds.”
Tags: Dawid Malan, Derbyshire, Durham, England, Essex, Glamorgan, Gloucestershire, Hampshire, Kent, Lancashire, Leicestershire, Middlesex, Northamptonshire, Nottinghamshire, Somerset, Surrey, Sussex, Warwickshire, Worcestershire, Yorkshire