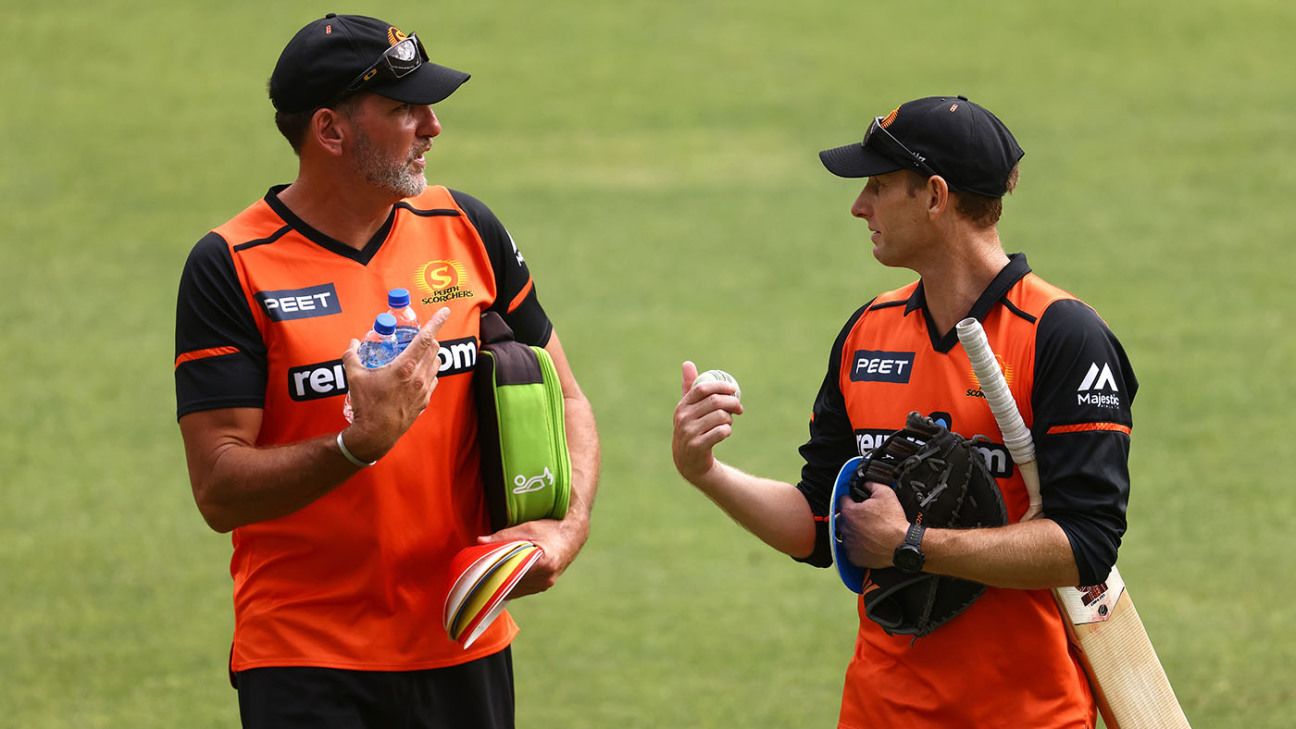 Matt Mason has been appointed as England Women’s fast bowling coach.
Mason, 48, has coached extensively in the county game as well as his native Australia, and joins after leaving his current position as bowling coach with Warwickshire. He will be charged with developing a clutch of young quicks coming into the national team, including Issy Wong, Lauren Bell and Freya Kemp, following the retirement of Anya Shrusbole and Katherine Brunt’s decision to focus on limited-overs cricket.
The ECB is currently hunting for a new head coach for the women’s team, after Lisa Keightley opted against extending her contract. Her assistant, Tim McDonald, looked after the bowlers previously but departed from his role after the Commonwealth Games.
“I am really excited about taking on this role and I can’t wait to get started with England Women,” Mason said. “There are only a handful of jobs I would have left Warwickshire for, this is one of them. I had no intention of leaving the club, I loved my time there, but when this opportunity came up I felt I had to take it.
“I’ve never coached at international level before, it’s an exciting prospect and I don’t know if such a chance would ever arise again in the future. I’m looking forward to meeting the group, getting to know everyone and hopefully helping drive the team forward to on-field success.”
Mason began playing in Western Australia but spent most of his career with Worcestershire, taking more than 400 wickets for the county. He retired in 2011, having already started to work for the club as a coach, and subsequently took on similar roles with Leicestershire, Western Australia and Perth Scorchers.
Mason, who only joined Warwickshire in April, was highly rated for his work with a number of young Australian bowlers. The Edgbaston club said they had already started the process of looking for a replacement.
Jonathan Finch, director of England women’s cricket, said: “We’re absolutely delighted to have secured someone of the calibre of Matt. He was a very strong candidate for the role and we’re looking forward to seeing what he brings to the England Women’s cricket team.
“It was important that we recruited someone with a track record of working with and improving a group of fast bowlers at elite level. Matt will play a central role in developing current and future England bowlers, and we are excited by the leadership he will bring to fast bowling across the women’s game.
“We’re in the process of recruiting a head coach and Matt will be a valued part of that person’s coaching staff, bringing great expertise and experience in the field of fast bowling.
“I would also like to thank Warwickshire CCC in allowing Matt to make the move to his new role so quickly.”
Tags: England Women, Matt Mason, Warwickshire