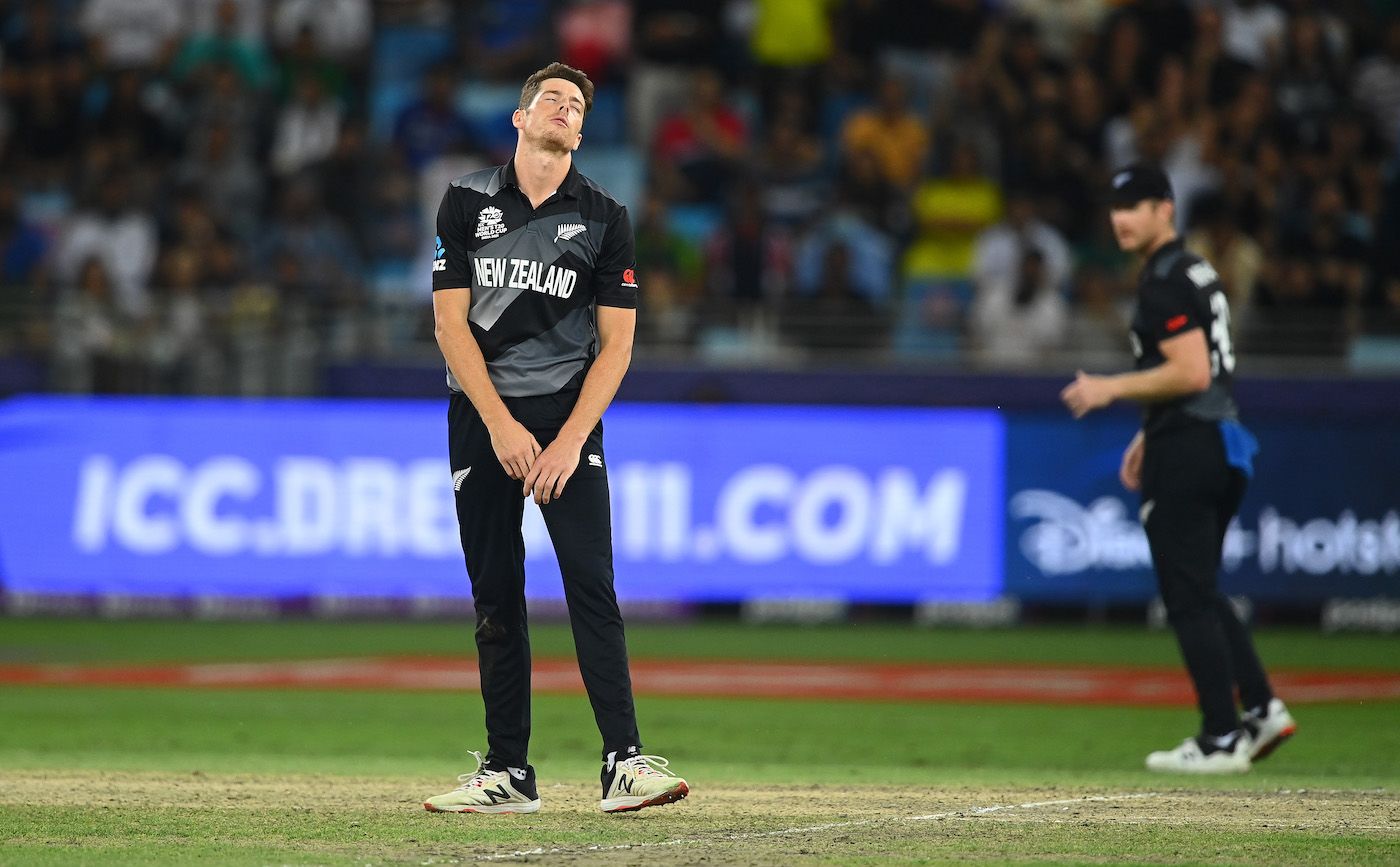 New Zealand allrounder Mitchell Santner tested positive for Covid-19 on Friday, and did not fly out to Ireland with the rest of the squad on Sunday evening from Auckland. His departure will be delayed until next week, once he recovers and tests negative.
The tour starts with the first ODI on July 10, and Santner will aim to join the squad before taking over as captain for the T20Is against Ireland, Scotland and Netherlands.
Related
“Covid has been a challenge, and will continue to be in the future, and we will adapt accordingly. Contingencies are always in place,” Shane Jurgensen, New Zealand’s head coach for the Ireland tour, said. “He’s feeling okay, and the priority will be getting him into camp with us hopefully later in the week to assess where he’s at and when he may be ready to play.
“We’ve got 11 games across the three tours and another tour to follow against the West Indies in August, which Mitch will be involved with, so we certainly won’t be looking to rush him.”
The three ODIs will be played in Malahide on July 10, 12 and 15, followed by the T20Is in Belfast on July 18, 20 and 22. The squads will then fly out to Scotland for two T20Is and an ODI at the end of the month before two more T20Is in the Netherlands in the first week of August.
“It’s a place we don’t tour very often, and it’s been on the radar for a while,” legspinner Ish Sodhi said before departure at the Auckland airport. “Really excited to get over there and see what cricket’s like there. I’ve been there a couple of times for some brief stints, but for an extended period it’s going to be enjoyable.”
After a gap of just five days, the New Zealand contingent will fly out to the Caribbean for the three T20Is and as many ODIs starting August 11 in Kingston.
ODI squad for Ireland: Tom Latham (capt & wk), Finn Allen, Michael Bracewell, Dane Cleaver (wk), Jacob Duffy, Lockie Ferguson, Martin Guptill, Matt Henry, Adam Milne, Henry Nicholls, Glenn Phillips, Mitchell Santner, Ish Sodhi, Blair Tickner, Will Young
Squad for Ireland T20Is, Scotland and the Netherlands series: Mitchell Santner (capt), Finn Allen, Michael Bracewell, Mark Chapman, Dane Cleaver (wk), Lockie Ferguson, Martin Guptill, Adam Milne, Daryl Mitchell, Jimmy Neesham, Glenn Phillips, Michael Rippon, Ben Sears, Ish Sodhi, Blair Tickner
Tags: Mitchell Santner, New Zealand, New Zealand in Ireland, World Cup Super League