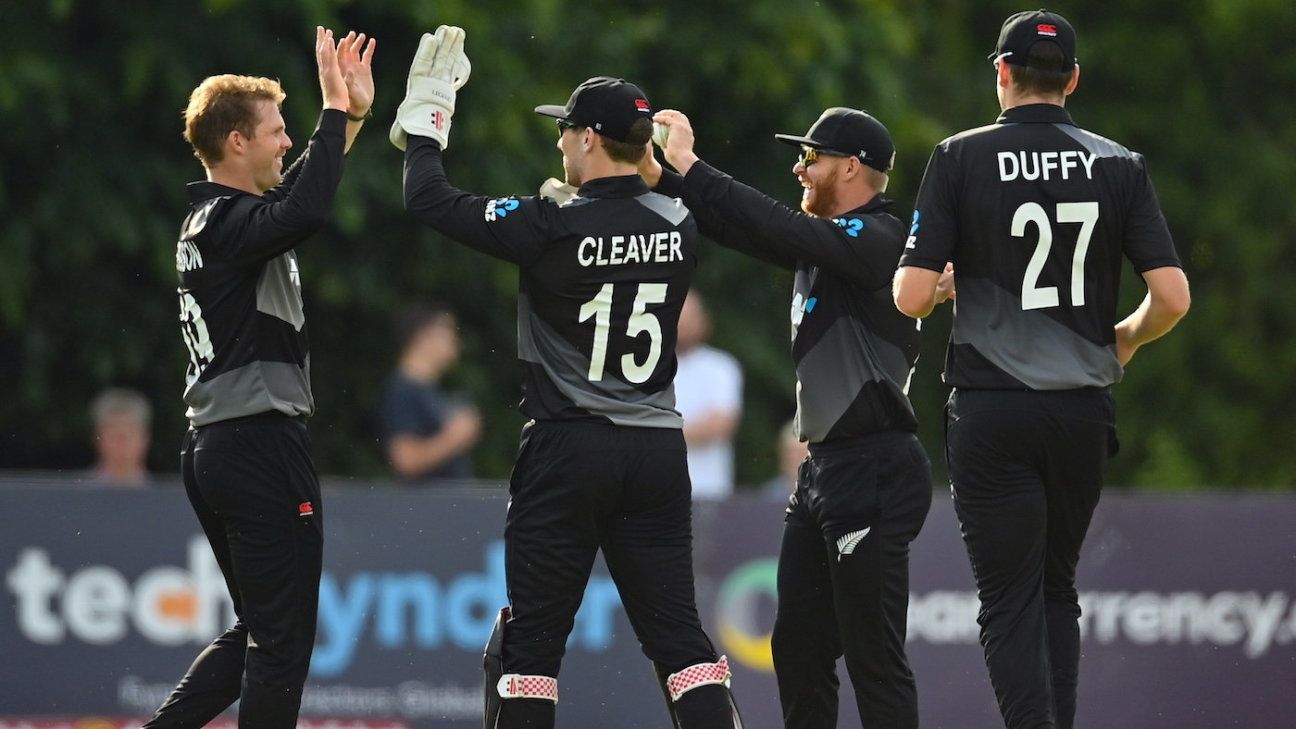 The second T20I between Netherlands and New Zealand in The Hague will now be played on August 5, a day earlier than originally scheduled. Both boards agreed to shift the date of the match following the cancellation of a connecting flight that affected New Zealand’s transfer to the West Indies, where they are scheduled to play three T20Is and three ODIs starting August 10.
The two Netherlands-New Zealand T20Is, as a result, will now be played back-to-back on August 4 and 5.
Related
New Zealand are currently in the middle of a long tour of Europe that began in England in May. After two warm-up matches, they played England in three Tests, before moving to Ireland where they played three ODIs and are currently leading 1-0 in a three-match T20I series. After this, they will fly out to Scotland for two T20Is and one ODI, and then on to the Netherlands.
Even after the advancement of the second T20I, New Zealand will only get a four-day gap between that match and the first T20I against West Indies in Jamaica.
With this packed schedule in mind, New Zealand have rotated their squad extensively through the tour of Europe.
They rested Kane Williamson, Trent Boult, Tim Southee and Devon Conway – who all played the Tests against England – from the Ireland, Scotland and Netherland legs of the tour, and allowed Tom Latham and Henry Nicholls to return home after the ODIs against Ireland. Matt Henry and Will Young, meanwhile, left the squad to play county cricket after the Ireland ODIs.
But the seniors are expected to be back for the West Indies tour, following which New Zealand will travel to Australia for three ODIs in September. They are then due to play a T20I tri-series at home alongside Pakistan and Bangladesh in October, which will serve as their final preparation for the T20 World Cup.
New Zealand, losing finalists at the 2021 edition in the UAE, are set to begin the tournament against defending champions Australia in Sydney on October 22.
Tags: Netherlands, New Zealand, New Zealand in Netherlands