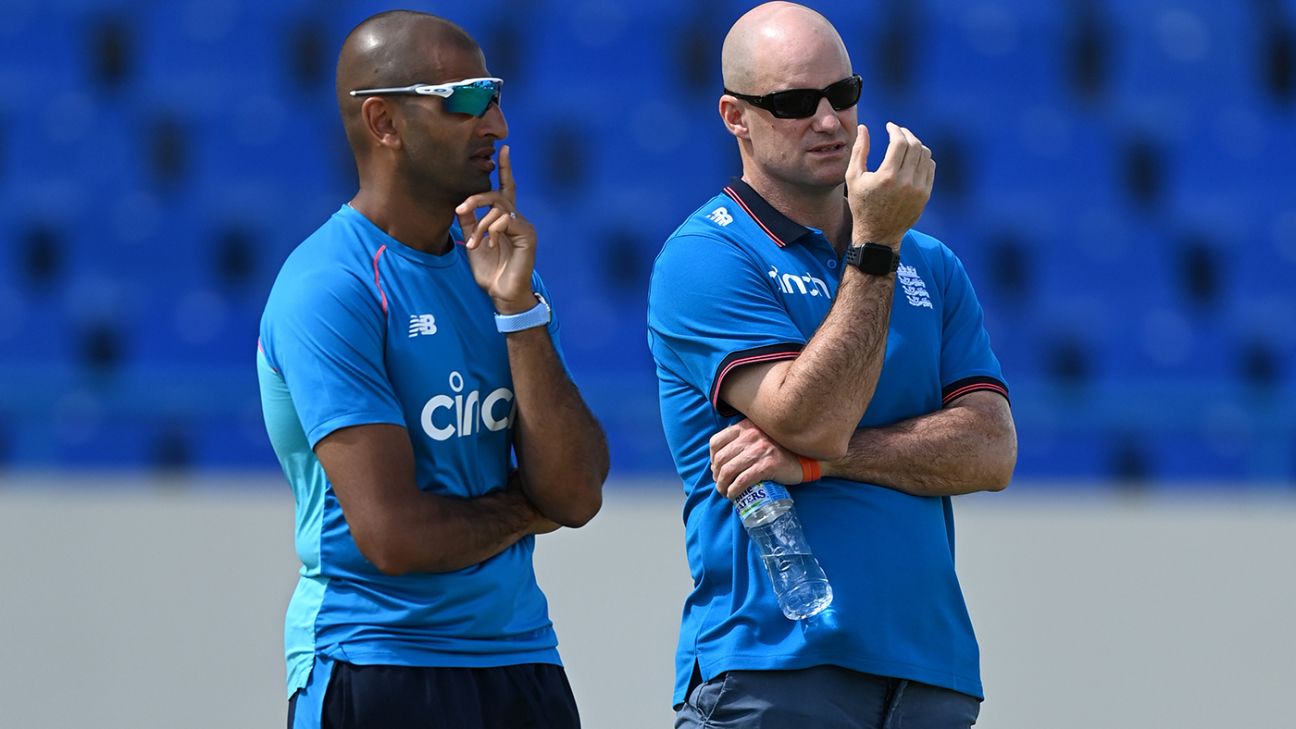 Sir Andrew Strauss has given his clearest hint yet that his high-performance review will push for the volume of cricket in the men’s domestic schedule to be reduced, and denied that England’s Test results this summer have rendered the review obsolete.
Strauss, the chair of the ECB’s cricket committee, launched the review during England’s tour of the Caribbean in March after the Test team’s poor run of results had culminated in a 4-0 defeat to Australia in the Ashes. He appointed a panel of experts in May who have now “identified a set of principles which underpin sustained successful high performance”.
“Naturally I’m delighted to see this change in fortunes and I’ve loved watching the thrilling way the team have been playing,” Strauss wrote in a blog on the ECB’s website. “Rob Key warned us to hang on for the ride, and he and Brendon [McCullum] are certainly delivering on that.
“But the high-performance review is about building sustained success. We don’t just want to succeed in one series, for one year, or in one format at a time. We want to be [the] best in the world across all three men’s formats – Test, 50-over and T20 internationals. By this we mean that in five years we are [the] number one ranked team in at least one format and at least number three in all of them – and to be able to sustain this for years at a time.
“The game globally is undergoing fundamental change. Domestic leagues have grown in power and pull, we now have an ICC international white-ball competition scheduled every year, and players have an unprecedented choice of what cricket they want to play. We need to future-proof our game.
“Winning four Test matches – thrilling though it has been – doesn’t change that need. We need a system that’s aligned from top to bottom, that ensures a strong, high-performing, domestic game that fans love and which provides us with the pipeline of England stars ready for the international stage.”
Related
Strauss said that he had been “encouraged” by his early conversations with county chairs and chief executives and distanced himself from reports about the subjects that had been discussed in the review’s early stages, saying: “I continue to read speculation attributed to the review which we haven’t even discussed.”
However, Strauss made clear when outlining the key principles discussed by his expert panel that the schedule needs to ensure an “appropriate balance” between playing, training and rest – one which is clearly not possible under the existing domestic fixture list, as the Professional Cricketers’ Association (PCA) have made clear.
“Players need to spend quality time on task,” Strauss wrote. “This means competitions delivering the best versus the best, playing in conditions which are representative of the international game, an appropriate balance of matches, training, and rest, and incentives to attract, develop, and retain talent.
“We are now working with subject matter experts and a working group of the professional game – made up of CEOs, Directors of Cricket and the Professional Cricketers’ Association – to develop clear options for the whole game to debate. We’ll also be speaking to supporters this summer.
“I recognise that there is a lot of interest in what any options around domestic structures and competitions might look like. However, it’s important to reiterate that this review is about more than that – it’s about the England performance setups and pathways every bit as much as domestic competitions. When we have developed these options, I’ll update again then, and there will be plenty of opportunity to discuss them.”
Tags: Andrew Strauss, County Championship Division One, County Championship Division Two, England, Royal London One-Day Cup, The Hundred Men's Competition, Vitality Blast