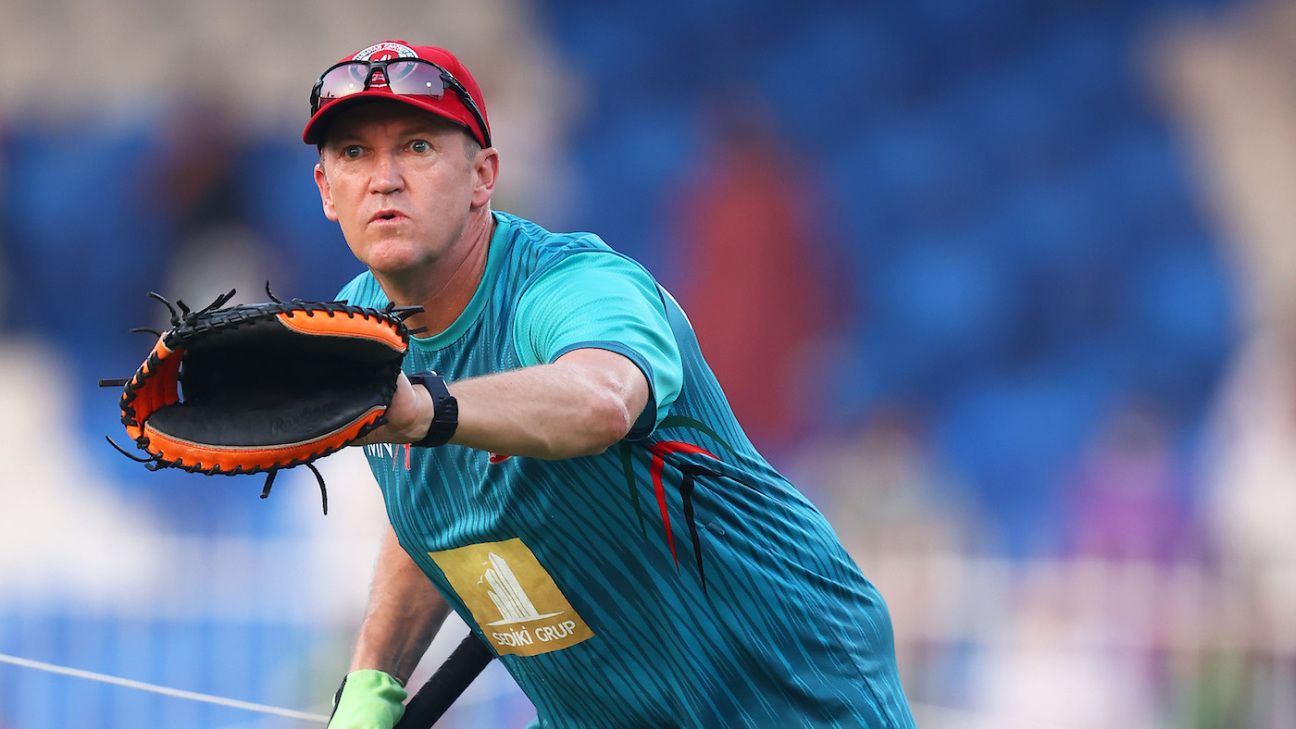 The Adani Group-owned team in the new UAE-based International League T20, to be played between January 6 and February 12 next year, has been named Gulf Giants, and will be coached by Andy Flower.
“It’s exciting to be a part of any of the big franchise tournaments, and the ILT20 has big plans to be a major franchise tournament,” Flower said in a statement released by the franchise. “As leaders, our job is to serve the players as best we can, and this principle is very important to me.”
The appointment is initially only for the inaugural season. “We are confident that Andy will contribute to development and mentoring of a cohesive team,” Satyam Trivedi of Adani Sportsline, the sports arm of the Adani Group, said. “I am confident that he will also help to align our players with our vision of connecting and engaging with global cricket fans from all over the world.”
Flower, arguably Zimbabwe’s greatest cricketer, has forged a successful coaching career since his retirement in 2003, capped by the title run at the 2010 men’s T20 World Cup with England. He has since worked with the Afghanistan men’s national team as well as franchise teams at the IPL, the PSL, the CPL, and in the Abu Dhabi T10 tournament.
The first season of the ILT20 was expected to be held in 2022, but was pushed back to early 2023. The tweak in schedule has caused a jam of sorts with the world’s best T20 players likely to be at the centre of a demand rush – the BBL, the BPL and the proposed new South African league are all expected to take place over that window, and the eighth edition of the PSL is expected to start just days after the ILT20 ends.
The six-team ILT20 is expected to have 34 matches, with each team playing the others twice in the league stage, followed by four playoff matches.
The tournament has a number of high-profile team owners. Apart from the Adani Group, Reliance Strategic Business Ventures Limited, a subsidiary of Reliance Industries Limited, the owners of Mumbai Indians, GMR Group, co-owners of Delhi Capitals, the Knight Riders [Kolkata and Trinbago] franchise owners, Capri Global, a non-banking financial company based in India, and Lancer Capital, owners of Manchester United Football Club, all own teams. There have also been indications that the teams that take part in the IPL could recruit players from their IPL teams.
Tags: Andy Flower