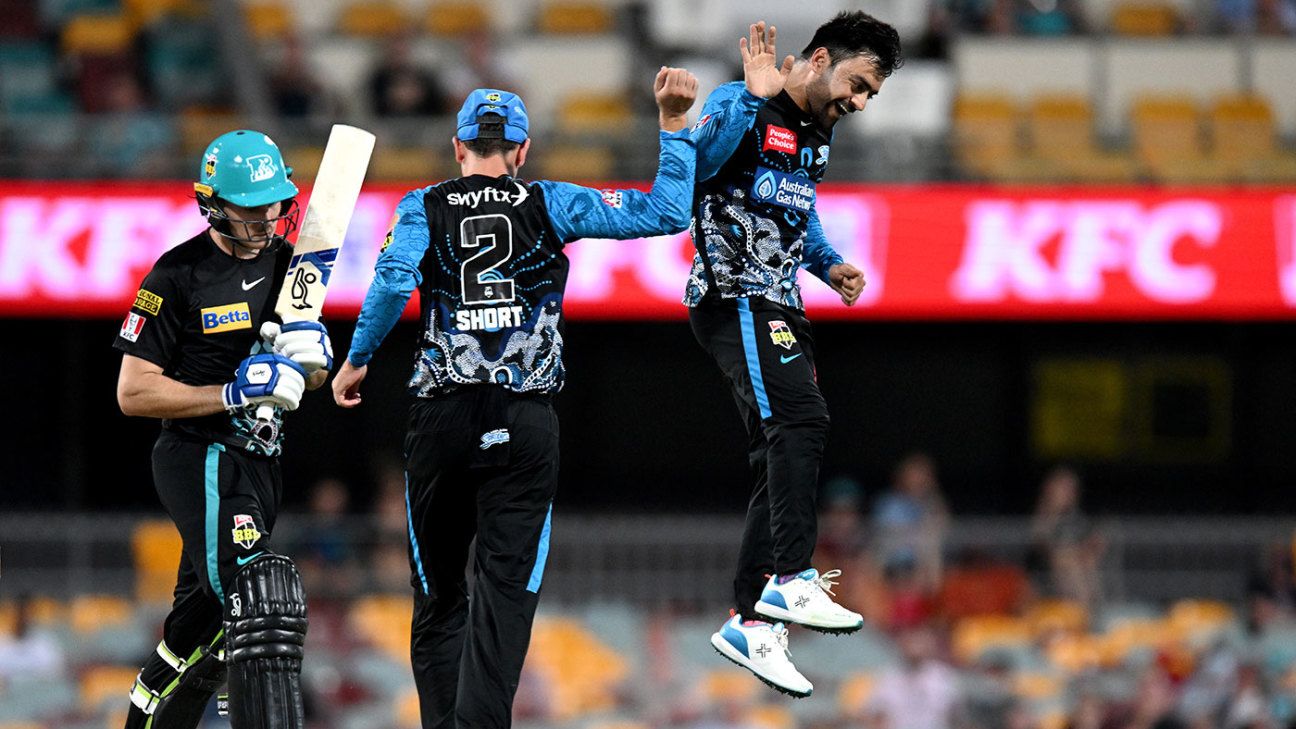 Rashid Khan has been confirmed in the new BBL draft for overseas players and will be joined by former West Indies captain Kieron Pollard who leads the way in overall T20 appearances.
As reported by ESPNcricinfo, Pollard is among a sizeable contingent of West Indies names in the latest group of players to sign up for the draft and is joined by the all-time T20 wicket-taker Dwayne Bravo.
Rashid is one of the household names of the BBL, having spent five seasons with Adelaide Strikers, so much so that the retention pick process within the draft has been dubbed the “Rashid Khan rule” and allows a club to retain a player they had last season if they are taken in the draft by a rival side.
Related
When players nominate for the draft they need to state their availability and it is yet to be confirmed whether Rashid will be free for the whole tournament with Afghanistan expected to have some internationals later in January.
Rashid left last year’s edition early due to Afghanistan commitments, signing off from the competition with an extraordinary career-best of 6 for 17 against Brisbane Heat.
Other Afghanistan players, including fellow legspinner Qais Ahmad who will also be eligible for retention by Melbourne Stars, are included in the draft. New Zealand batter Colin Munro, who was part of Perth Scorchers’ title-winning side last season, has also nominated.
Pollard, who has played 598 T20 matches, and Bravo, who has claimed 596 wickets, have previously played in the BBL but not last season. Both have retired from international cricket so will not be part of the Men’s T20 World Cup in Australia. Andre Russell, who made five appearances for Stars last season, is understood not to be among the latest nominees.
Faf du Plessis was among the first group of players confirmed for the draft which will be held in mid-August.
Players nominate themselves in either Gold, Silver or Bronze categories while there is an additional Platinum level where CA will place the biggest names.