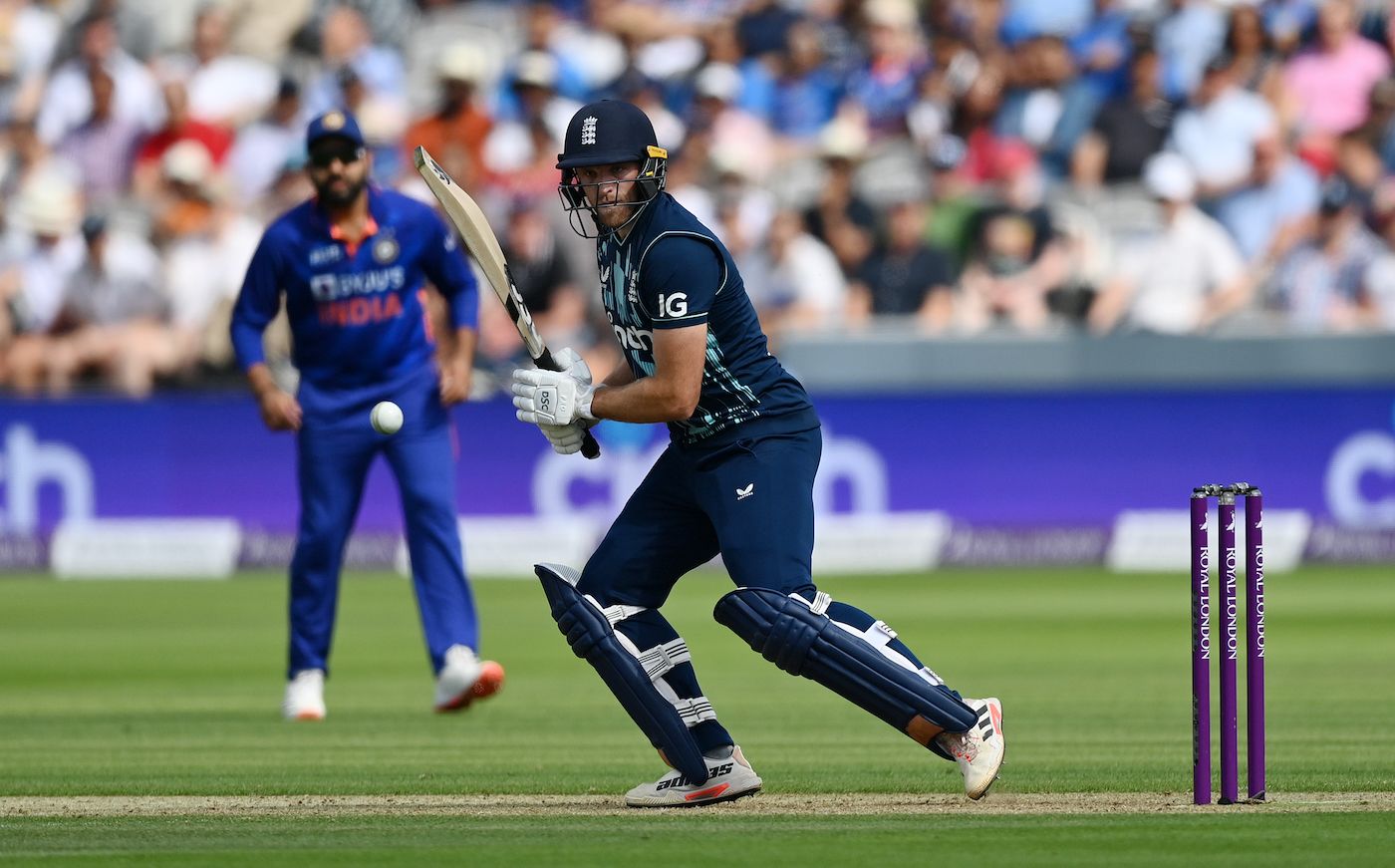 It was oddly apt that, on the anniversary of England’s World Cup victory at Lord’s, the key protagonists in a series-levelling win over India were three players whose memories of that day – for differing reasons – were bound to be less euphoric than those of their team-mates.
There was the Player of the Match, Reece Topley, of course – whose career resurrection has been an extraordinary tale of perseverance – and England’s top-scorer Moeen Ali, whose form in 2019 dwindled to the point that he carried the drinks for the final four matches of the tournament.
But then there was David Willey, whose World Cup experience was perhaps the most galling of them all. Having been an integral squad member right from the start of England’s white-ball rebuild in 2015, he was chopped from the final 15 on the eve of the tournament, in favour of Jofra Archer.
“I had a bit of a patch when I didn’t bowl as well around the time of the World Cup,” Willey said after England’s 100-run victory, in which his crucial innings of 41 from 49 balls kickstarted England’s recovery, before figures of 1 for 27 in nine overs helped to strangle India’s intentions in the run chase.
“I fell out of love with the game, and I’ve found my enjoyment and love again,” he said. “When you have that, it makes you hungry to keep improving, expanding your game, developing as a player. If you stand still you go backwards. I think I have continued to try to improve and my love for the game helps that.”
As Willey told Sky Sports after the match, his opportunities to bat in this white-ball line-up are few and far between – he’s made it to the middle in just over half of his England appearances (53 out of 91), and on 32 of those occasions, he’s faced fewer than ten deliveries.
His 49-ball stay at Lord’s was, in fact, the longest of his career – and while there will be more crucial encounters to come than a three-match bilateral series against India, Willey was able to call on all of his experience as he and Moeen set about rescuing England from a ropey 148 for 6 with a 62-run stand for the seventh wicket.
David Willey is pumped after dismissing Virat Kohli•Getty Images
“I am getting old,” Willey said – he is now 32. “I come out and enjoy my cricket, try to do the best job I can. The guys have played a lot of cricket. In ODIs I am more experienced but I’m trying to do the same job as when I first came in. Today was about doing the simple things well, as a collective we did.
“The dressing room is a fantastic place to be. We always talk about the things we do well and how we want to play our cricket, and that was never going to change,” he told Sky Sports. “So it was important that we came out here and put on a good show.
“It wasn’t a typical sort of England performance, if you like, but we got across the line, which is important. When this group came together in 2015, we always talked about how we want to play, and that doesn’t change. You know, we trust our method. And that’s why we’ve been so successful. The boys won the World Cup, and that doesn’t change now because we got rolled for 100 last week.”
England’s eventual total of 246 wasn’t riches by their heightened standards – it was less than half the 498 for 4 that they put on the board against the Netherlands in Amstelveen last week. But it was similar to 241 that had tied the scores in the World Cup final three years ago, and Willey acknowledged that that sort of a fighting total had been the target from the outset of his stand with Moeen.
“It wasn’t the best pitch, but we managed to scrap up to something we could bowl at. In the last 10 ODIs here, the average score batting first here is about 260. We weren’t far off that. Mo and myself said if we could get up to 250 we’d have a chance if we bowled well.
Related
“The chat was just about batting, really, to take the runs that come. With a breeze coming to the slightly shorter side [Tavern Stand], I just felt if they did bang in, I was going to have a go at it and try and take my runs there. We got up to a competitive score there and managed to bowl well.
“There was assistance there, we had to do the simple things well,” he added. “We knew we had to bowl good balls, and Toppers had a great day out there, picked up six-for, congratulations to him. I was just trying to keep it tight and go nowhere and hopefully get the rewards. Picking up the early poles, then the lads coming in and backing it up, was a really good performance all round.”
Speaking after the match, Willey admitted that he had “no idea” whether he would be released to play for Yorkshire in Finals Day on Saturday – but, with the ODI series now in the balance at 1-1 and the final match at Old Trafford looming on Sunday, the ECB has since confirmed he will not be taking part. That means he may already have played his final game for his county, with his move back to Northamptonshire looming at the end of the season.
“If I am there, great; if I’m not, there is plenty of talent and ability in the Yorkshire side to get us across the line,” Willey had said. His Yorkshire team-mate Harry Brook will be available to play in the semi-final against Roses rivals Lancashire, for whom Phil Salt and Matt Parkinson have also been released by England.
Tags: David Willey, England, England vs India, India in England, Moeen Ali, Reece Topley