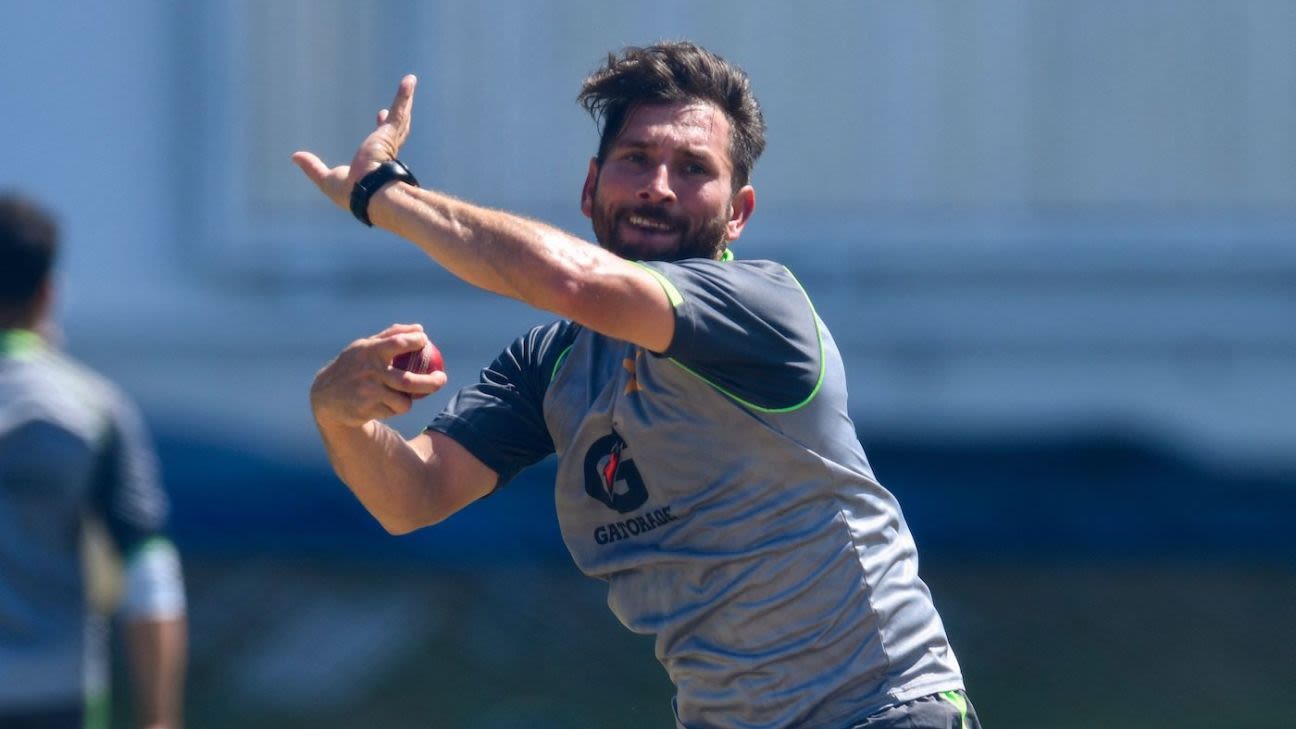 Through the middle of the last decade, Sri Lanka and Pakistan seemed to play Test series annually. Often, these were closely contested, and frequently produced compelling cricket. Pakistan’s two incredible fourth-innings chases stand out – the manic one in Sharjah in early 2014, the masterful Younis Khan-led triumph in Pallekele the following year. There were the Rangana Herath routs as well, such as in Abu Dhabi in 2017, and Galle in 2014.
Kumar Sangakkara’s mastery over Saeed Ajmal, Yasir Shah dominating a series in Sri Lanka in 2015, Sri Lanka quicks occasionally outdoing Pakistan’s in the UAE. This is a low-intensity rivalry, perhaps, but the narratives have been consistently gripping.
These teams had played a series in Pakistan in 2019, which the home side had won 1-0. But in Sri Lanka, at least, this seems a fresh start. The batting greats from either side are gone. Pakistan have fearsome young quicks, and Sri Lanka’s batting is beginning to make strides, despite their woeful outing in the first Test against Australia.
As this is a Galle Test, however, spin is the thing, and here is where the greatest unknowns are. Yasir is likely to be back in the XI, but can he recapture the magic of 2015? His last Test came in 2019, and he wasn’t particularly impressive in the warm-up match in Colombo, where he took 86 for 1. Nauman Ali, the other spinner who is likely to play, went wicketless for 60 in the warm-up, and took his wickets at 42.22 in the recent series against Australia, though that had been on flat surfaces.
Sri Lanka are going in with a confident but inexperienced attack. Prabath Jayasuriya is almost certain to play, having claimed a match-winning 12 wickets on debut last week. Ramesh Mendis has been somewhat consistent, but he’s played only eight Tests himself. Maheesh Theekshana, the other likely spinner, has played only four first-class matches all up.
How the slow bowlers from either side impose themselves on the match may go a long way to deciding the outcome.

With Sajid Khan left out of the squad and Nauman Ali out of the XI for the first Test, Pakistan are trying an entirely new spin combination. While Yasir Shah can win Test matches by himself – and has done so before in Sri Lanka – he is returning from injury, and could do with solid support from the two allrounders in the XI, neither of whom is proven at this level. If Mohammad Nawaz and the debutant Agha Salman can give him that, Pakistan could have the tools to keep Sri Lanka’s batters under control.
There is a theory that Niroshan Dickwella is Sri Lanka’s best wicketkeeper, but in recent series, there has not been a lot of evidence in this direction. He missed four stumpings in the series against Australia, two of which were fairly straightforward [in his defence, opposition wicketkeeper Alex Carey did not have a great series with the gloves either]. Add to this his often promising but insubstantial contributions with the bat, Dickwella’s place is under a little scrutiny.

The surface is likely to be decent for batting in the first two days, before it starts to take spin from day three. There is always the likelihood of rain in Galle at this time of the year, while the stiff wind that blows across the ground will also be something bowlers will have to contend with.