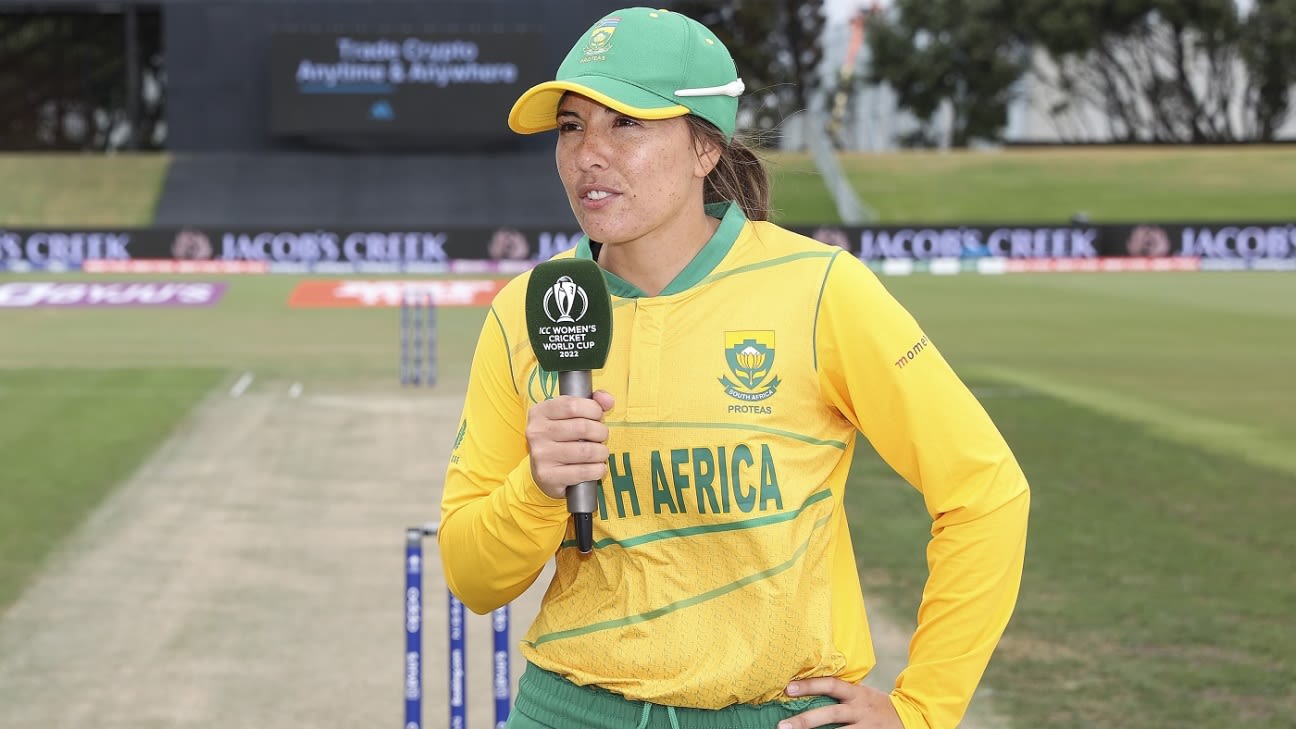 Dane van Niekerk, South Africa’s regular captain, will miss a second major tournament after failing to recover from an ankle injury in time for the Commonwealth Games in Birmingham. Sune Luus will continue to captain in van Niekerk’s absence with experienced campaigner Mignon du Preez returning after being left out of the group that played against Ireland.
Van Niekerk broke her ankle after slipping and falling at her new home in Gqeberha in January, which ruled her out of the ODI World Cup. She returned to training in May but has not regained full fitness yet. She last played competitive cricket at the WBBL in November 2021.
Marizanne Kapp, Sinalo Jafta and Masabata Klaas, who were also not part of the T20Is against Ireland, return to the squad for Commonwealth Games, with Tazmin Brits, Raisibe Ntozakhe, Andrie Steyn missing out. Wicketkeeper-batter Delmi Tucker, who has been called up for the last two ODIs against England, has also been left out.
SA squad for CWG 2022•ESPNcricinfo Ltd
Klaas, who has linked up with the squad in England after an injury, will complete a full-strength pace attack, which also has Kapp, Shabnim Ismail, Ayabonga Khaka, Tumi Sekhukhune and Nadine de Klerk.
South Africa have one frontline spinner in their squad – left-arm spinner Nonkululeko Mlaba, who will be supported by Luus and Chloe Tryon, and two wicketkeeping options in Trisha Chetty and Sinalo Jafta. Lizelle Lee’s surprise retirement earlier this month has created an opportunity for Anneke Bosch to cement a role in the top order.
Women’s cricket will make its debut at the Commonwealth Games in Birmingham later this month. South Africa are grouped with New Zealand, England and Sri Lanka. Two teams from each group will progress to the semi-finals.
Tags: Commonwealth Games Women's Cricket Competition, South Africa, South Africa Women