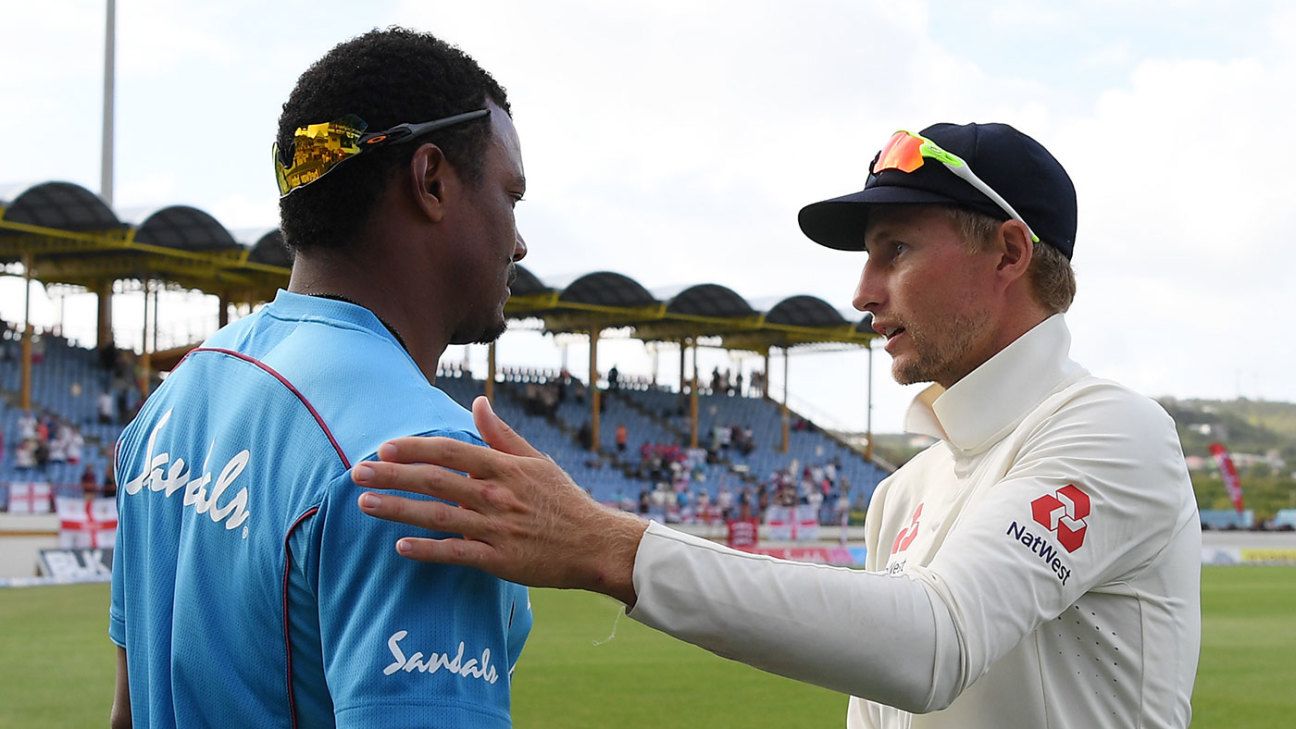 Yorkshire hope that the signing of Shannon Gabriel on a short-term contract will allow them to make the most of conditions at Scarborough, where they will play two of their next three County Championship matches.
Gabriel, the West Indies fast bowler, has been working his way back to full fitness for Trinidad and Tobago in domestic cricket and has signed a three-match deal as a like-for-like replacement for Haris Rauf. He will begin and end his stint with fixtures at Scarborough, against Surrey then Hampshire, with a trip to Taunton to play Somerset in between.
“We are delighted to have signed Shannon for the next three County Championship matches and are very much looking forward to seeing what he can achieve in a Yorkshire shirt,” Darren Gough, Yorkshire’s interim managing director of cricket, said.
“With two of the next three games coming at Scarborough, which has been one of the quickest surfaces in the country for a number of years, his pace will be a real asset to us. I think it’s fair to say supporters at North Marine Road will be entertained watching him and I’m sure he will play his part in bringing us some success over the next month.”
Yorkshire have struggled with injuries and unavailability throughout the Championship season and will be without David Willey, Joe Root, Harry Brook and Jonny Bairstow during their next fixture due to a clash with England’s ODI series against India. They may also be missing Dawid Malan, who will be involved in back-to-back T20Is on July 9 and 10 ahead of the Surrey game on July 11.
Related
Matthew Fisher has been ruled out for the season while Ben Coad is yet to play a first-team game due to injury. They have also played the majority of their games on flat pitches, and Jordan Thompson, the allrounder, and captain Steve Patterson are the only two seamers with more than 20 wickets to date.
They are fifth in Division One after five draws, a win and a loss in their opening seven games and will play Surrey in the quarter-finals of the T20 Blast on Wednesday after Leicestershire’s points deduction handed them a reprieve.
In light of the off-field crisis that has engulfed the club over the past two years, brought about by Azeem Rafiq’s allegations of a culture of institutional racism, Gabriel’s signing may be seen as a surprise.
Three years ago, he was banned for four ODIs and fined 75% of his match fee after an apparent homophobic remark towards Root. He offered an “unreserved apology” but later claimed that the incident had been “blown way out of proportion”.
Yorkshire advertised formally for a new chief executive on Monday and said they were looking for an “experienced and visionary leader who can provide inspiring leadership during a period of transformational change”. Interviews will be held in mid-September.
Tags: County Championship Division One, Haris Rauf, Shannon Gabriel, Yorkshire