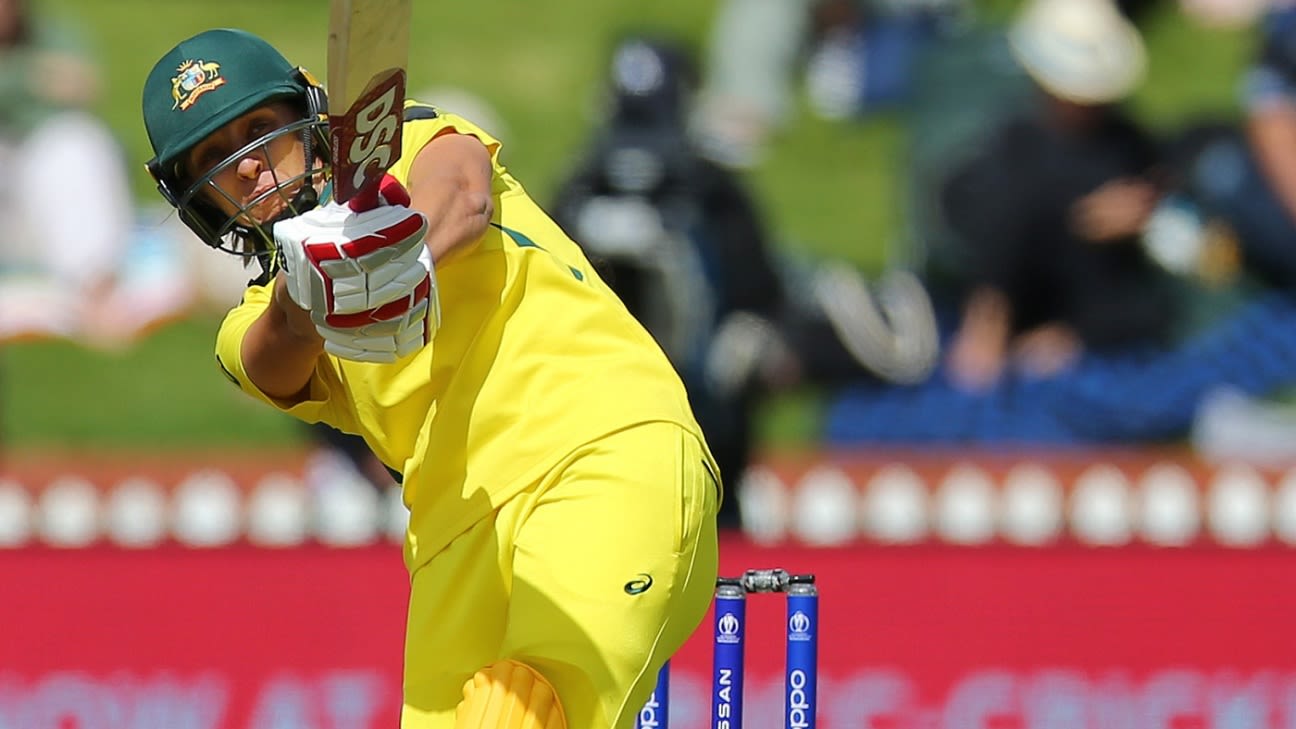 Australia will look to push their boundaries in the T20 game with the format dominating the schedule over the next eight months, starting with the historic Commonwealth Games appearance at the end of July then building towards the defence of their T20 World Cup in South Africa in February 2023.
The team, under new interim head coach Shelley Nitschke following Matthew Mott’s departure for the England men’s white-ball job, get back on the road next week when they head to Ireland for a tri-series involving the hosts and Pakistan which will provide preparation for the Games in Birmingham.
While there has been significant change in the coaching staff – Ben Sawyer has also moved to coach New Zealand – the playing group remains the same as the one which secured the ODI World Cup in New Zealand. Australia’s dominant performances in that competition, where they went unbeaten and capped it off by scoring 356 for 5 in the final against England, were another example of how they have pushed themselves to new levels and it’s something they want to continue.
Related
“We’ve certainly spoken about it,” allrounder Ashleigh Gardner told ESPNcricinfo. “We haven’t really come to conclusions on what that total is that we are looking at, but I think 160 in most games, five or six years ago, would win you pretty much every match, where now because the women’s game has grown so much, 160 is a good total but it’s also chaseable.
“I think we are probably looking at that as a minimum then if we try to push the boat out for 180 and be really clear how we want to chase those totals as well. With the side we have, we are really confident of being able to set any type of score and chase any down.”
Shelley Nitschke has taken over the head coach role from Matthew Mott, but Australia’s overall philosophy is unlikely to change too much•Getty Images
Since January 2018, Australia have an average scoring rate of 8.37 when batting first in T20Is (which for a full 20 overs would equate to 167) while overall their figure is 7.90 runs per over. They twice scored 226 in that period (against England and Sri Lanka) and in the last T20 World Cup final they made 184 for 4 against India, but perhaps just as significant was their chase in the first Ashes T20I against England in January when they hunted down 170 with three overs to spare.
“It’s something we have spoken about as a group and also within our skill groups as well, in terms of how do we get that little bit better and push the boundaries that little bit more than we have in the past,” captain Meg Lanning said. “We have got a couple of things we have been working on both as a team and individually as well.
“It is going to look and feel slightly different with Shell in charge as opposed to Motty. But both [have] similar messaging in terms of how we want to play the game, take the game on, we certainly want to go out there and be aggressive and play with a lot of freedom.”
On a personal level, Gardner is looking to tailor her game to the big challenges ahead which is two T20 prizes and the need to rejuvenate Sydney Sixers in the WBBL after missing the finals for the last three seasons.
“Within in the Australia set-up it’s more like an enforcer role, whether it’s late in the innings, or to break open the game, or put the icing on it,” she said. “How I execute it each game will be different with the situation, but it’s about just having a really clear and simple mindset in those roles. They are quite challenging at times because people expect a lot of you to score boundaries as soon as you get out there.”
The squad has had two training camps in Brisbane leading into heading overseas which has been a chance for everyone to settle in under Nitschke’s watch. A permanent appointment will not be made until later in the year although she remains the favourite.
“I know the type of people who will probably apply for the job. Many coaches would want to be associated with our team because of how successful we’ve been and the players in there,” Gardner said. “Shell’s a great candidate as well, I’m really excited for her over this next little period, just being able to be the head coach with no real pressure of those job interviews and things like that. Hopefully we can put on some good displays of cricket for her and showcase what kind of coach she is.”
And there’s the chance for a bit of history. “I know [the Commonwealth Games] is not something anyone thought they’d probably ever be involved in,” she said. “It’s going to be quite a cool experience to go over there and be part of Team Australia, and it not just be the cricket world but the whole sporting nation.”
Tags: Ashleigh Gardner, Australia Women, Commonwealth Games Women's Cricket Competition, Meg Lanning, Shelley Nitschke