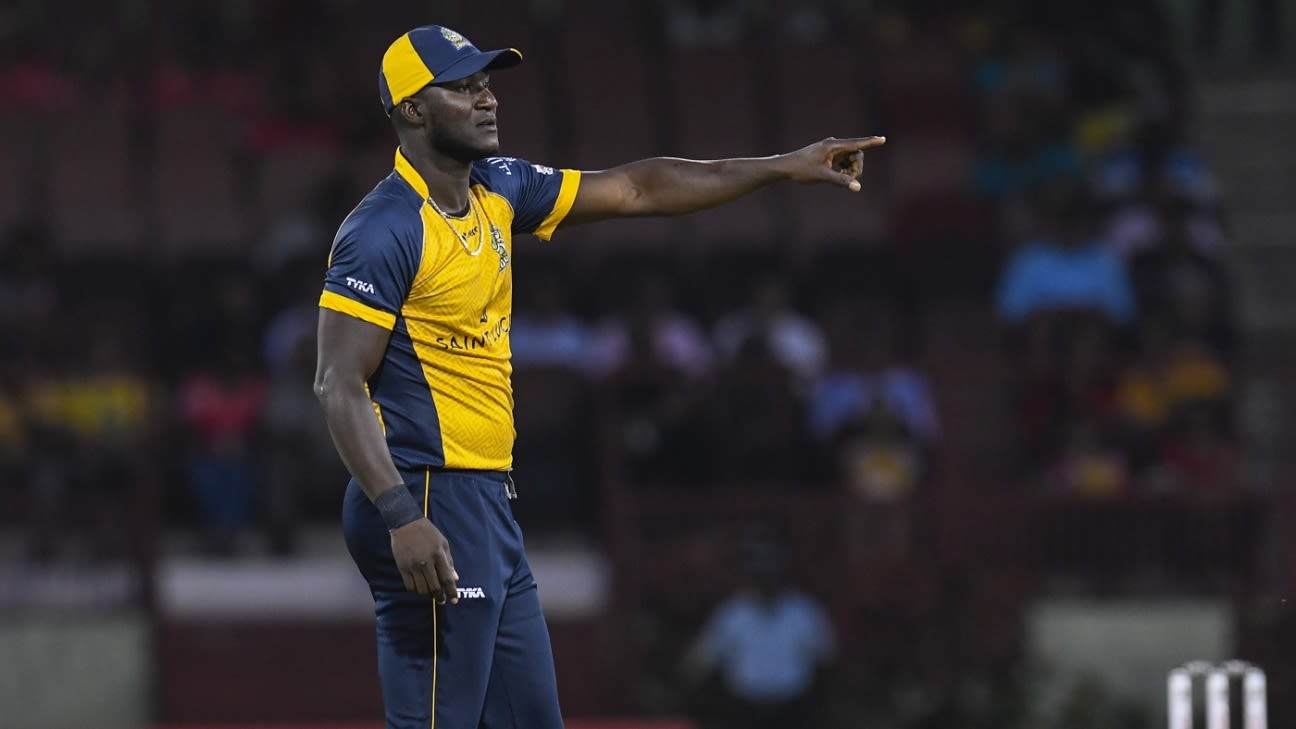 Daren Sammy has been appointed head coach of St Lucia Kings for the 2022 edition of the CPL, taking over from Andy Flower, who was at the helm for two seasons.
Sammy, who has been with the team since the first edition of the league in 2013, stepped down from captaincy last year. He was appointed the franchise’s “T20 cricket consultant and brand ambassador” for the 2021 season and worked with Flower as part of the backroom staff.
“St Lucia is and will always be my home, it was always part of the plan to lead the franchise after my playing days,” Sammy said. “The time is now. I can’t wait to start this next chapter with this amazing franchise as we continue on our quest to win our first CPL title. Many thanks to the Kings franchise owners for the faith shown in me for this role. The journey continues.”

While Sammy has officially not confirmed his retirement from all forms of cricket, he has not played since CPL 2020, where he took Kings to the final for the first time in seven years. He has since been appointed as the head coach of Peshawar Zalmi in the PSL, and in June last year was added to the Cricket West Indies (CWI) board as an independent non-member director for two years.
Related
After qualifying for the playoffs just once in seven seasons since the start of CPL, the Kings have turned a corner in the last two years making it to two successive finals. However, they finished on the wrong side of the result on both occasions. ESPNcricinfo has learned that Faf du Plessis, who led Kings last season, is likely to continue as captain this year as well.
The 2022 edition will kick off on August 30, and will take place in four countries – St Kitts & Nevis, St Lucia, Trinidad & Tobago and Guyana. The Providence Stadium in Guyana set to host the final on September 30.
Tags: Caribbean Premier League, Daren Sammy, St Lucia Kings