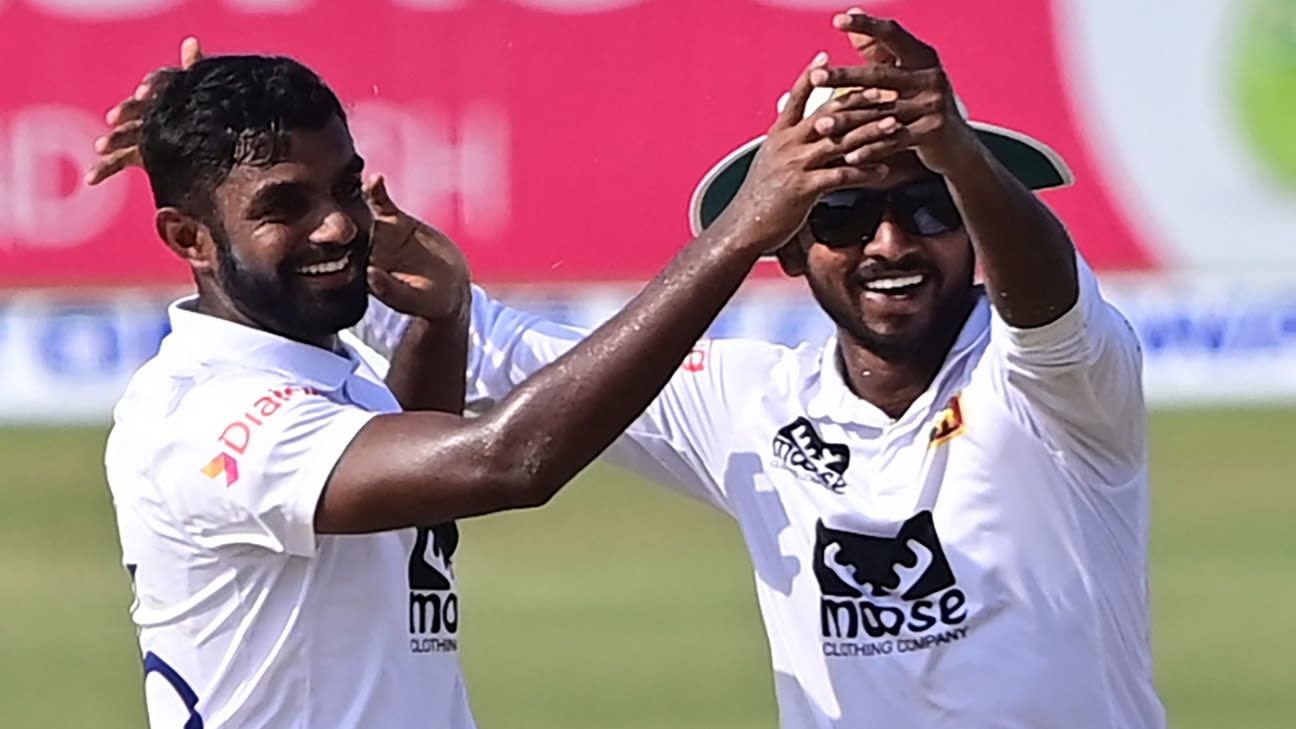 Australia’s tour to Sri Lanka has already had an impact following the special scenes in Colombo of locals dressed in yellow to thank the visitors for touring during a desperate time in their country’s history.

Sri Lanka winning the ODI series provided moments of joy for the home supporters, but there is a sense among Australia that the real stuff starts now. There were no ODI Super League points up for grabs and the visitors had injuries galore, although they were thoroughly outplayed by the hosts. But there are vital World Test Championship points at stake in the two Tests in Galle, as is Australia’s Asian reputation. They currently sit top of the WTC table while Sri Lanka occupy fourth with just 12 months remaining before the final. A 2-0 series sweep, either way, would have significant ramifications.
Sri Lanka are a side on the rise having beaten Bangladesh away in their most recent series in May under new coach Chris Silverwood and their performance in the ODI series proves that the belief is building. But they were uncompetitive against India away in early March. They won three of the six home Tests in 2021 against West Indies and Bangladesh but lost 2-0 to England in back-to-back Tests at Galle.
Related
Australia proved their subcontinent bona fides in Pakistan with a 1-0 series win. However, it was a different type of challenge with spin being almost a non-factor in all three Tests save for Nathan Lyon’s five-wicket haul on the final day in Lahore. Australia haven’t been tested in true spinning conditions since touring Bangladesh in 2017 and the last time they faced Sri Lanka on their own turf they were humbled 3-0.
But Sri Lanka’s spin options for the 2022 series of Lasith Embuldeniya (16 Tests), Praveen Jayawickrama (five Tests) Ramesh Mendis (six Tests) and potentially the uncapped Jeffrey Vandersay are not yet of the same quality as the 2016 destroyers Rangana Herath and Dilruwan Perera. Although Embuldeniya did take 15 wickets in two Tests against England in Galle last year.
Steven Smith is the only Australia batter with a Test hundred in Sri Lanka, while Marnus Labuschagne, Travis Head, Cameron Green and Alex Carey have never played there. The series could well hinge on the battle between Sri Lanka’s inexperienced spinners and Australia’s inexperienced middle order. Australia will hope that one of their batters can emulate Joe Root’s sweeping masterclass in Galle last year, while Sri Lanka need Embuldeniya to channel Herath.
Sri Lanka’s batting group have great memories of home series against Australia with four of the top six having all scored Test hundreds against them. Kusal Mendis, Dhananjaya de Silva, and Dinesh Chandimal all made centuries in 2016 against an attack close to the one Australia might field. The only difference is Pat Cummins. The captain was the difference in Pakistan. He also took eight wickets in the last three ODIs including 4 for 35 in Pallekele. If the ball was to reverse in Galle, Cummins and Mitchell Starc will play a significant part in shaping the series.
What role can Australia’s pace play?•AFP/Getty Images

Lasith Embuldeniya has a good record in Galle having taken 32 wickets at 26.15 including a 10-wicket haul against England. But he enters this series with the spotlight on him after a disappointing tour of Bangladesh. It might be unfair to compare a 25-year-old who has played 16 Tests to a bowler like Herath who took 433 Test wickets. But Australia’s record against left-arm spin since 2016 is damning as they average just 21.36 as a unit, the worst of all the major nations in that time. Jayawickrama is the other option in the squad, but the responsibility will fall on Embuldeniya’s shoulders to cause some chaos among Australia’s batters.

Marnus Labuschagne was the No. 1 Test batter in the world at one stage earlier this year but it came with a large caveat. None of his six Test centuries had been scored away from home and he had played just six of his 23 Tests overseas, prior to the tour of Pakistan. He put pressure on himself in Pakistan to remove that qualifier from his record and nearly did in the first Test in Rawalpindi. But he had a disappointing tour thereafter, although it was Shaheen Shah Afridi more so than spin that brought about his undoing. He did battle against Sri Lanka’s spinners in the ODI series but the pressure of scoring at a rate saw him try to manoeuvre the ball square against the spin far more than ever would in Test cricket. He will be determined to make some significant scores in this series and Australia will need someone to go big if they are to be triumphant.
Angelo Mathews will have a big part to play with the bat•AFP

Sri Lanka appeared to be heading towards a debut for legspinner Jeffrey Vandersay as one of three frontline spinners, leaving the pace bowling to Asitha Fernando. Pathum Nissanka, who impressed in the ODIs, will return at the top of the order after missing the Bangladesh series due to injury
Sri Lanka (possible): 1 Pathum Nissanka, 2 Dimuth Karunaratne (capt), 3 Kusal Mendis, 4 Angelo Mathews, 5 Dhananjaya de Silva, 6 Dinesh Chandimal, 7 Niroshan Dickwella (wk), 8 Ramesh Mendis, 9 Lasith Embuldeniya, 10 Asitha Fernando, 11 Kasun Rajitha/Jeffrey Vandersay
Australia look set to pick the same side that won in Pakistan. There was a debate circling around the Australia camp about Mitchell Swepson’s place as the second spinner, with Victoria left-armer Jon Holland being heavily considered despite not playing a Test since 2018 and not being initially selected among six spinners named across Australia’s Test and Australia A squads. But Cummins confirmed on Tuesday that Swepson would play with Holland’s spinning finger not recovering from the A game following a limited preparation. Travis Head will be given time until the toss to prove his hamstring has recovered from the strain he suffered in the ODI series. If he doesn’t come up, Glenn Maxwell will play his first Test since 2017 and his first first-class match since 2019.
Australia (possible): 1 Usman Khawaja, 2 David Warner, 3 Marnus Labuschagne, 4 Steven Smith, 5 Travis Head/Glenn Maxwell, 6 Cameron Green, 7 Alex Carey (wk), 8 Pat Cummins, 9 Mitchell Starc, 10 Nathan Lyon, 11 Mitchell Swepson

There will be no surprises in Galle with spin likely to play a huge part. The practice pitches have spun sharply including the ones on the edge of the square. The playing strip has very little grass on it, but the pitches on either side of it have a solid covering of grass which could negate reverse swing if the ball doesn’t get roughed up on the square as quickly as it might do otherwise. It will be hot and humid and it wouldn’t be Sri Lanka in July without some rain around but it’s unlikely there will be many delays over the five days.