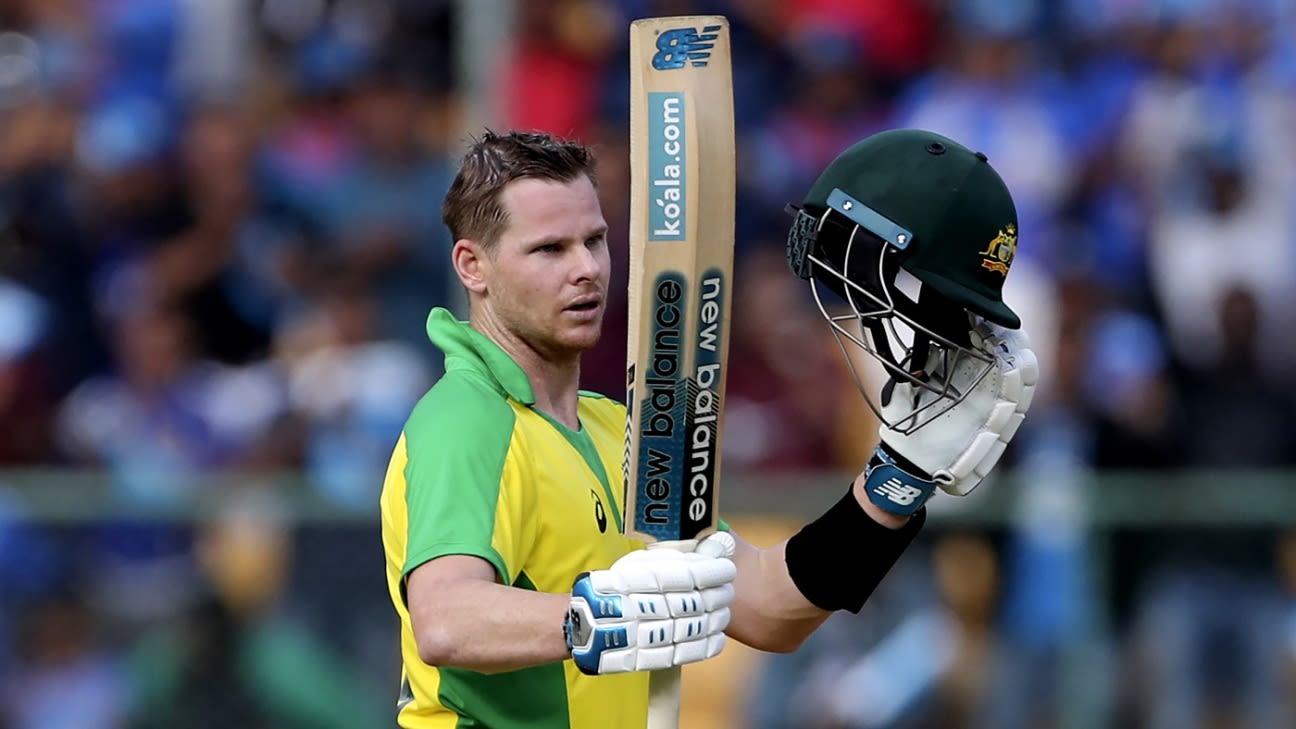 Welcome back to the five-match ODI series, although, maybe, for the last time? Not since before the 2019 World Cup has there been a bilateral contest of this length in the men’s format. For Sri Lanka and Australia, it’s an extended opportunity to work on their games ahead of next year’s ODI World Cup, but these matches will have no bearing on qualification as they aren’t part of the one-and-done Super League (just nod and accept, it’s a cricket thing).
There will be a glut of ODIs over the next nine months as FTP and Super League commitments are completed before the cut-off date. Australia have been particularly light on in the 50-over game since the pandemic; they did not play a single match at home last season and have had just two series -against West Indies and Pakistan – since late 2020.
This will also be the first time they have had the majority of their first-choice ODI squad together in more than 18 months – Adam Zampa is missing on paternity leave – so while injuries have created some complications, it marks a moment where planning for the World Cup in India can start to get serious, in conditions that at times may not be a million miles away from those at the tournament. It is a chance for Andrew McDonald and Aaron Finch to start forming the style of one-day cricket they believe can be successful (early hint: expect an aggressive outlook with the bat that started in Pakistan).
Related
Australia will rotate through their fast-bowling depth, which is being tested with Kane Richardson now ruled out of the ODIs with a hamstring injury. Mitchell Starc will miss at least the first two matches, while Pat Cummins and Josh Hazlewood will be managed. There may also be some different batting combinations tried. Travis Head’s successful return in Pakistan means there are no shortage of top-order options, and when Mitchell Marsh is fit and Cameron Green ready to bowl, the all-round depth is well served.
Sri Lanka have named a 21-player squad, which may seem a touch excessive for a home series but at least means they can tick the all-bases-covered box. Their ODI cricket remains inconsistent and they are currently outside the automatic-qualification zone in the Super League. They have won their last two series, at home against South Africa and Zimbabwe, but have dropped what could be vital games in both. This will be the first ODI series under new coach Chris Silverwood.
As ever, when facing Australia in subcontinent conditions, there will be a temptation to go with a spin-heavy attack, but Sri Lanka’s prospects will come down to whether their batting order can perform consistently. The record-breaking finish to the chase in the final T20I was a timely confidence boost. There is also significant excitement around uncapped 19-year-old allrounder Dunith Wellalage, and he may get a chance in the XI.

(last five matches, most recent first)
Sri Lanka WLWWL
Australia LLWWL
Kusal Mendis has to do well with the bat if he wants to remain the No. 1 contender for the wicketkeeper-batter’s position•AFP/Getty Images

If Kusal Mendis is given the nod as the wicketkeeper [see below], he will need to repay the faith with the bat. In the six ODIs he has played in the last two years, he has a top score of 36 and there are no shortage of candidates to take the gloves with Dinesh Chandimal and Niroshan Dickwella also part of the large squad. An ODI average of a tick under 30 from 80 innings feels underwhelming for a player of Mendis’ talent.
Pat Cummins is among a group of senior Australia players returning to ODI colours since late 2020. He left the IPL early to recover from a hip injury, which Finch revealed he had been carrying for the last 12-14 months. These one-day matches will also act as his tune-up for the Test series in Galle. Cummins’ only previous cricket in Sri Lanka came when he was part of the 2012 T20 World Cup.

Nineteen-year-old Wellalage, a left-arm spinner who bats pretty well, seems likely to debut on Tuesday, joining a spin attack that comprises Wanindu Hasaranga and Maheesh Theekshana. This means Chamika Karunaratne is likely to be the second seam option behind Dushmantha Chameera.

Although the last T20I became a reasonably high-scoring game, there were also times when both sides struggled with the bat. The day-time element to the ODIs could be a factor. In the Sri Lanka-Zimbabwe series earlier in the year that was held entirely in Pallekele, the opening match saw Sri Lanka chase down 297 reasonably comfortably before Zimbabwe defended 302 and were then bundled out for 70. There is a chance of storms interrupting play.