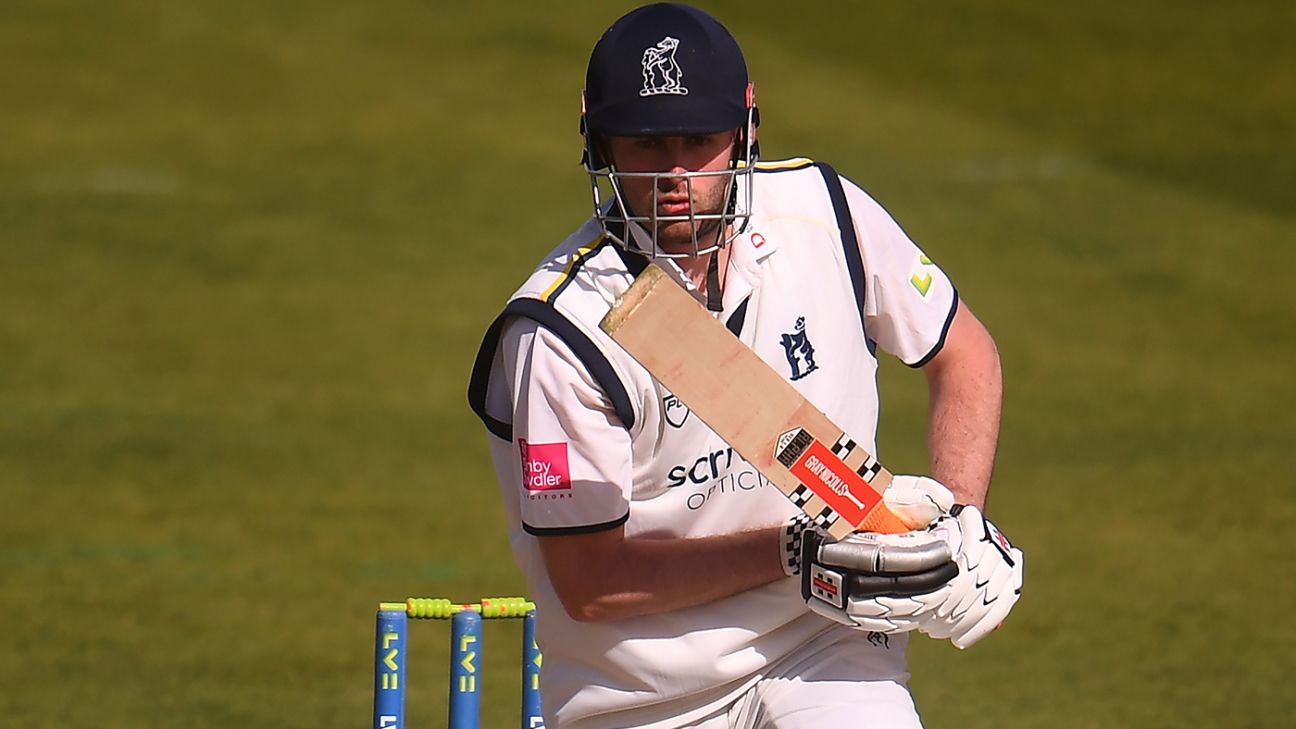 Dom Sibley will return to Surrey for 2023 after five successful seasons at Warwickshire which saw him win the County Championship and break into the England team.
Sibley left Surrey under something of a cloud in 2017 after turning down a contract extension to join Warwickshire, who offered him “written assurances” that he would bat in the top three in all formats. Alec Stewart, Surrey’s director of cricket, said he was “bitterly disappointed” to lose him at the time and has now brought him back to the Kia Oval.
“I made no secret at the time that I didn’t want him to leave but the move to Warwickshire worked out well for him as he earned England selection,” Stewart said. “I truly believe his best years are still ahead of him and his proven run-scoring ability will add even more strength to our current group of players.”
Related
Sibley has thrived in first-class cricket for Warwickshire and retains ambitions of returning to the England set-up after losing his central contract at the end of last summer but has increasingly become a one-format player at Edgbaston and became frustrated with his lack of opportunities in their T20 side, last playing the format in 2020.
While he is unlikely to find a place in Surrey’s full-strength T20 side, he will be a senior player for them in the Royal London Cup and said in a statement that it was “the right time… to return to London and Surrey”.
“I will be forever grateful and thankful to everybody at the Bears who signed me and helped me achieve so much in my time here,” Sibley said. “I will always cherish the memories and friendships made on and off the pitch.
“I’m really excited to be returning home after five years. It feels great and I’ll be hoping to make match-winning performances that contribute to success and trophies.”
Sibley will be reunited with Rory Burns, his former England opening partner, at the top of the Surrey order. As a result, there is unlikely to be a regular first-team place for Ryan Patel, who has enjoyed a breakout season but is out of contract at the end of the summer.
Tags: Dom Sibley, England, Surrey, Warwickshire