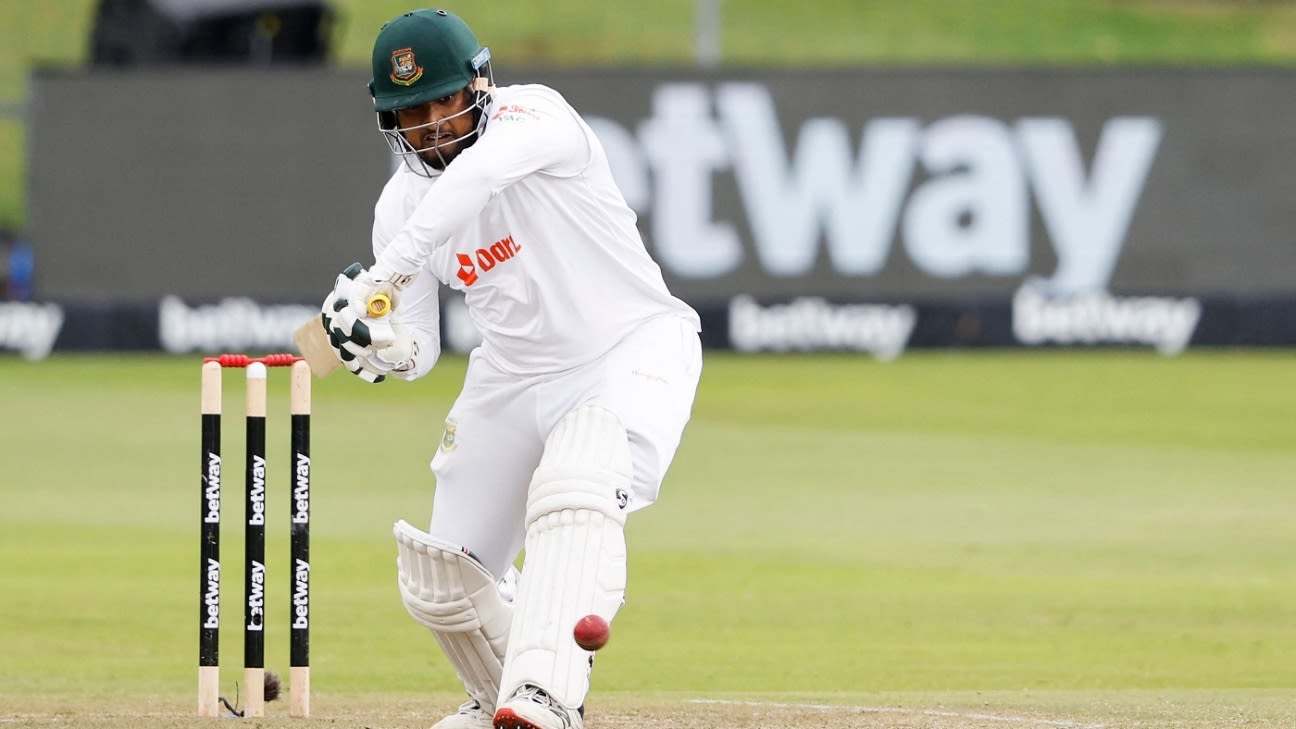 A back injury has ruled Yasir Ali out of Bangladesh’s two-Test series in the Caribbean, which begins later this week in North Sound. The 26-year-old batter is suffering from discogenic back pain on the lumber spine, according to the team’s physio Bayjedul Islam.
“Recovery from such injuries take about two to three weeks’ time. Therefore, he will not be available for the Test series,” Islam said.
Yasir had sustained the injury during the first day of Bangladesh’s three-day practice match against the CWI President’s XI on June 10.
Related
Yasir has played five Tests so far, scoring 196 runs at an average of 24.50. Filling in for Shakib Al Hasan, Yasir did an impressive job in New Zealand and South Africa earlier this year, but then Shakib’s return against Sri Lanka kept him out of the team.
The absence of Mushfiqur Rahim, though, could’ve opened up a spot for Yasir had he been fit. The Bangladesh selectors have not named a replacement for Yasir, which has depleted their batting line-up even further.
Only Nurul Hasan, who returned to the Test side on the back of heavy scoring in the domestic competition, looks like a viable option at No 5. Mosaddek Hossain, who also returned to all three squads for the West Indies, however, hasn’t shown much form during his appearances against Sri Lanka last month.
The first Test against West Indies starts in North Sound on 16 June while the second Test begins on 24 June in St Lucia.
Bangladesh Test squad: Mominul Haque, Tamim Iqbal, Mahmudul Hasan Joy, Najmul Hossain Shanto, Litton Das (wk), Shakib Al Hasan (capt), Mustafizur Rahman, Taijul Islam, Khaled Ahmed, Nurul Hasan (wk), Mosaddek Hossain, Ebadot Hossain, Shohidul Islam, Rezaur Rahman Raja
Tags: Bangladesh, Bangladesh tour of West Indies, ICC World Test Championship, Yasir Ali