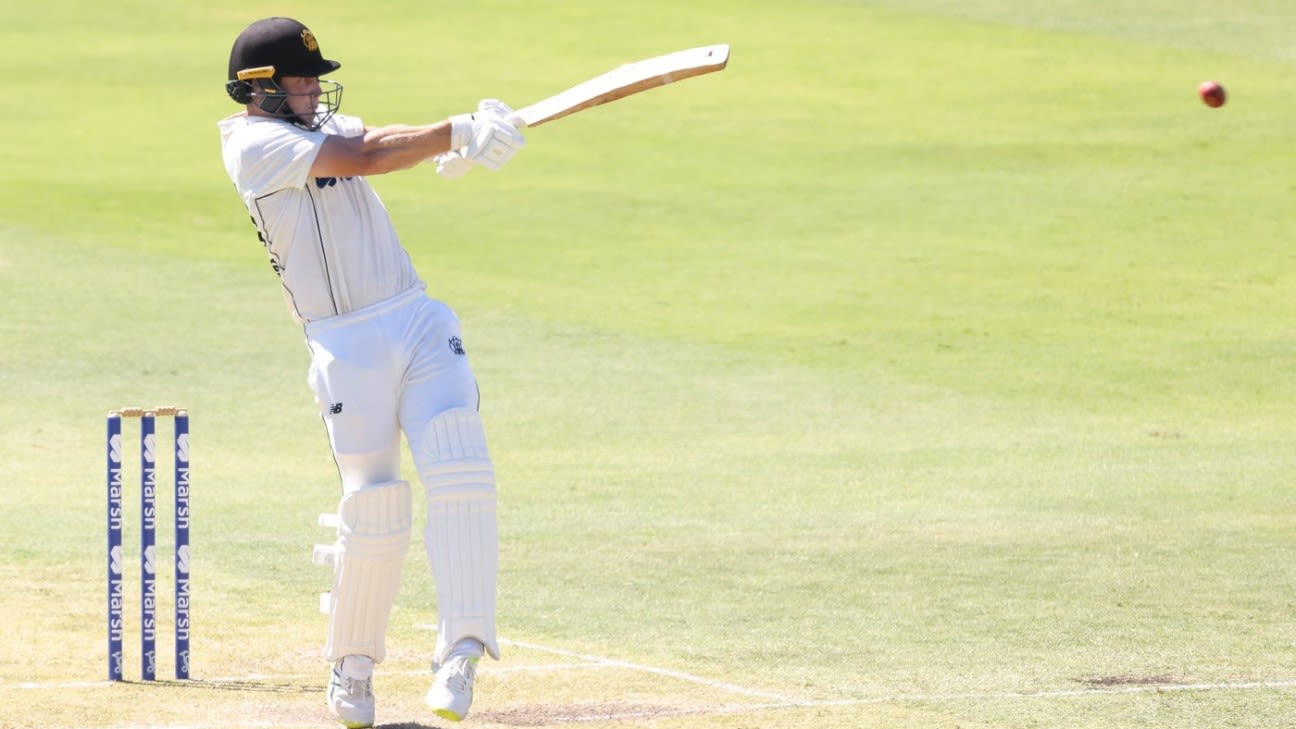 Hilton Cartwright, the Australia allrounder, has signed on a one-month deal with Derbyshire. He will provide cover for Shan Masood for the remainder of the Vitality Blast and up to three LV= Insurance Championship matches in July.
Masood was recently called up for Pakistan’s tour of Sri Lanka next month, having been in prolific form for Derbyshire. He is currently the leading scorer in Division Two of the Championship, and the only player in either tier to pass 1000 runs, as well as second on the Blast run-scorers list.
Related
“Following Shan’s call-up to the Pakistan Test squad for their series next month, we wanted to act quickly to bring in international-quality cover and Hilton will do just that,” Derbyshire’s head of cricket, Mickey Arthur, said.
“He’s a very talented cricketer and his Sheffield Shield record is one of the best for an allrounder in Australian cricket right now. He’ll come straight into the mix this week and I’m looking forward to working with him during what is a key part of the season for us.”
Cartwright, who has previously played county cricket for Middlesex, has scored 3613 first-class runs at 35.77, and helped Western Australia to lift the Sheffield Shield earlier this year. In T20s, he averages 28.65, with a strike rate of 124.37.
He will link up with Derbyshire ahead of their T20 tour match against India on Friday, and feature in the Blast against Durham on Sunday, with the club looking to secure a top-four North Group finish, and a place in the quarter-finals.
“This is a great opportunity for me to test myself in the English domestic game again and work with one of the best coaches in the world,” Cartwright said. “The club’s had a great start to the season and as it’s getting to a crucial stage of the summer, I’m hoping to contribute with bat and ball to keep the momentum going that the lads have created.”
Cartwright, 31, is also due to appear in the Hundred with Oval Invincibles in August.
Tags: Australia, County Championship Division Two, Derbyshire, Hilton Cartwright, Vitality Blast