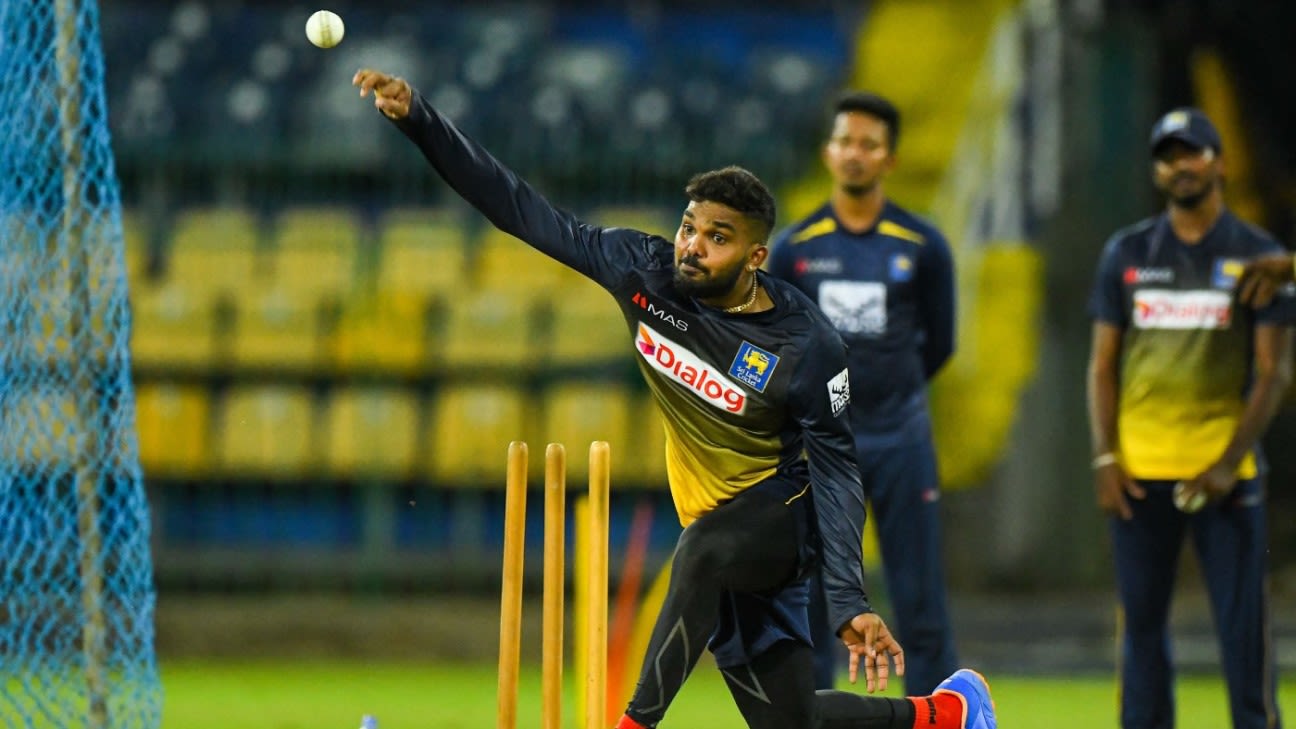 The ongoing political and economic crisis in Sri Lanka has meant the build-up to Australia’s first three-format tour to the island nation in six years has been quieter than it might have been otherwise. But the arrival of the reigning T20 world champions is a welcome sight for Sri Lankan cricket fans who are hoping their team can be more competitive in the lead up to the 2022 T20 World Cup in Australia under new coach Chris Silverwood.
These two sides met in a five-match T20I series in February with Australia winning 4-1 although the series was a little closer than it appeared with one match decided in a Super Over. Sri Lanka’s win in Melbourne proved Australia are not invincible despite having won 10 of their previous 11 including the World Cup triumph, albeit Australia were without World Cup winners David Warner, Mitchell Marsh, Steven Smith, Pat Cummins, Mitchell Starc and Josh Hazlewood for that match. Australia has since won a one-off T20 in Pakistan with nine of their first-choice XI missing, while Sri Lanka lost 3-0 to India in India in February.
Related
Sri Lanka have named newcomers Nuwanidu Fernando and Matheesha Pathirana in the squad. Nuwanidu starred on the recent tour of England with Sri Lanka’s development squad. Pathirana made headlines in the IPL playing for Chennai Super Kings and will get the opportunity to work with Lasith Malinga in this series, who is the bowling coach once again. But it looks as though the hosts will back their senior bowlers in with Wanindu Hasaranga and Maheesh Theekshana set to conduct a spin trial against Australia’s top order.
Australia have named an almost full-strength and stable squad for the series with only Cummins (rested) and Adam Zampa (parental leave) missing, although Tim David’s non-selection looms large over the incumbent squad heading to the World Cup. The visitors have named the tried and trusted top seven that won the T20 World Cup with hopes that Aaron Finch and Smith can find some much-needed T20I runs prior to the home title defence.

Wanindu Hasaranga is now the unequivocal leader of Sri Lanka’s attack and will be the key bowler for opponents to study after his performance in the IPL for Royal Challengers Bangalore. He took 26 wickets at 16.53 and an economy rate of 7.54 in the tournament to finish one wicket shy of the purple cap winner Yuzvendra Chahal. He only played two matches in the February series against Australia because he contracted Covid-19 halfway through the series but he took 3 for 38 and 2 for 33 in those games. He also took 2 for 22 in the match against Australia in the World Cup. The visitors have never faced him in Sri Lankan conditions. He could hold the key to the series. It will be interesting to see how the IPL experience has helped him.
Wanindu Hasaranga uses his low-slung action during training•AFP
Aaron Finch noted prior to his departure to Sri Lanka that he needed some runs to get “everyone off his back”. The Australia skipper did make a half-century and was named Player of the Match in his last T20I appearance against Pakistan. But a patchy IPL, where he played just five games for Kolkata Knight Riders and made just one noteworthy score, did little to silence the growing concern over his form. It is not just the lack of runs that is a worry but his movement patterns and the manner of his dismissals are also causing concerns outside the camp. But inside, Finch, coach Andrew McDonald, and the selectors are comfortable with the way he is moving and confident he is the right man to open the batting and lead Australia’s World Cup defence later in the year. An impactful performance in Sri Lanka would alleviate a lot of pressure.

Sri Lanka announced their XI on Tuesday morning. Hasaranga, Theekshana, Nuwan Thushara and Dushmantha Chameera form the core of the attack, with allrounders Chamika Karunaratne and the captain Dasun Shanaka perhaps producing the remaining overs. On the batting front, Sri Lanka named Pathum Nissanka alongside Danushka Gunathilaka as opener, with Kusal Mendis at No. 4.
Sri Lanka 1 Danushka Gunathilaka, 2 Pathum Nissanka, 3 Charith Asalanka, 4 Kusal Mendis (wk), 5 Bhanuka Rajapaksa, 6 Dasun Shanaka (capt), 7 Wanindu Hasaranga, 8 Chamika Karunaratne, 9 Nuwan Thushara, 10 Dushmantha Chameera, 11 Maheesh Theekshana
Australia announced their team on Monday, making nine changes from the last T20I team that played in April against Pakistan. That one-off T20I victory came at the end of an ODI series where most of Australia’s first-choice team were either resting or injured. Finch and Marcus Stoinis were the only two to play in Lahore that remain in the side. Most of the big guns return with only Cummis and Zampa unavailable. Smith returns in the middle order with Finch admitting Josh Inglis was “really stiff” to miss out after playing the last six T20Is. Australia will return to the seven-batter, four-bowler balance and will play just the one spinner.
Australia (possible): 1 Aaron Finch (capt), 2 David Warner, 3 Mitchell Marsh, 4 Glenn Maxwell, 5 Steven Smith, 6 Marcus Stoinis, 7 Matthew Wade (wk), 8 Ashton Agar, 9 Mitchell Starc, 10 Kane Richardson, 11 Josh Hazlewood

There has been quite a lot of rain in Colombo. The square has a lot of grass on it and the outfield is heavy and likely to be quite slow. There is an expectation the pitch could be tacky given the moisture.