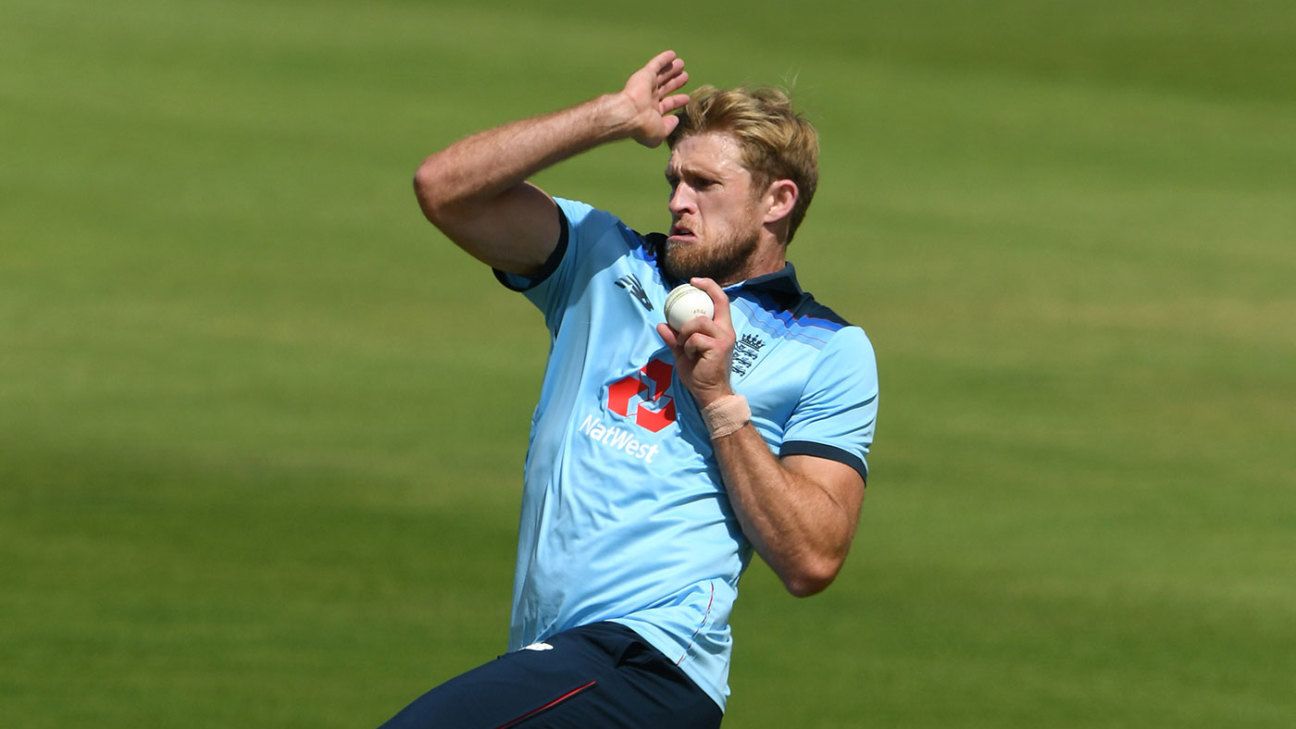 David Willey will return to Northamptonshire at the end of this season after seven years at Yorkshire and aimed a parting shot at the club by suggesting that cricket has felt “secondary to repairing the club’s reputation” after the ongoing investigation into historic allegations of racism and discrimination.
Willey, 32, left Wantage Road for Headingley ahead of the 2016 season, citing his desire to play with “some of the best players in the country” and signed a contract extension in 2019. But he said that he has always hoped to return at some stage in his career and has signed a four-year contract until the end of the 2026 season.
Darren Gough, Yorkshire’s interim director of cricket, said that the club had been keen to keep Willey at Headingley and “proactively engaged with Dave on his return from the IPL” but were “unable to match Northants’ offer, but Willey described his comments as “inaccurate” in a stinging parting statement on Instagram.
“I have loved my life in Yorkshire,” Willey wrote. “I have planted my roots and raised our young family here. Unfortunately the circumstances surrounding the recent events at the club have made my work environment unsettling. There are some great lads and fantastic players at Yorkshire and I hope the complications at the club will not take priority and overshadow their talents.
“The cricket and the current players seem to be secondary at the moment to repairing the club’s reputation. It certainly felt that way for me over the past 12 months. I play cricket because I love the game. I just want to play somewhere that cricket is the focus and where I feel valued on and off the field.
“The comments made by Yorkshire around my contract discussions with the club are inaccurate. I’d like to thank the players and staff who have helped me during my time at Yorkshire. Also, thank you to the fantastic support of Yorkshire fans. I’d love to say farewell by winning the T20 for the first time at the club.”
Related
Willey is Yorkshire’s T20 captain and while he has been only a peripheral member of England’s white-ball sides since his last-minute omission from their 2019 World Cup squad, he is part of the squad for their three-match ODI series in the Netherlands this week and remains an in-demand player in leagues around the world.
His return represents a major coup for Northants at a time when several members of their first-team squad are approaching the end of their respective contracts and weighing up their futures.
Ricardo Vasconcelos, the club’s red-ball captain, is under contract until the end of the 2024 season but a clause in his deal means he can leave at the end of this season. Somerset are favourites to sign him with wicketkeeper-batters Steven Davies and Tom Banton both approaching the end of their contracts but several counties are interested.
T20 captain Josh Cobb is among the other Northants players out of contract at the end of this season, along with Emilio Gay, Luke Procter and Ben Sanderson.
David Willey starred in Northants’ T20 triumph in 2013•Getty Images
Ray Payne, the club’s chief executive, said Willey’s signing was “a significant move that makes our ambitions for the professional squad really clear”.
“We’ve already seen what he’s able to do for the Steelbacks,” he said, “and the international experience David has gained in white-ball cricket further strengthens our squad and really supports our goals of bringing more trophies at Wantage Road.”
“The best journey takes you home.” Willey had said in an earlier statement. “Wantage Road is home. I grew up playing on the outfield, behind the stands and in the groundsman’s shed. When I think back to my first introduction to cricket, I think of Northants.
“Northants supported and nurtured me in my younger years and gave me the opportunities to achieve my childhood dreams. During the seven years I’ve been away, I have continued to watch the club closely and found myself celebrating their successes.
“I always hoped at some stage in my career I would find my way back and I’m excited that the time is now. My love and passion for Northamptonshire has always been there and I hope I can give the club more than just my runs and wickets. I still have great ambitions in the game, to play at the highest level, to win trophies but also to give back to the club that has given me so much.”
Elsewhere, Moeen Ali confirmed last week while working as a pundit on the BBC’s Test Match Special that he has been talking to other counties with his Worcestershire deal coming to an end and is widely expected to join Warwickshire along with Lancashire’s Saqib Mahmood.
Warwickshire may lose Adam Hose at the end of the season as he seeks further opportunities in red-ball cricket while Olly Stone and Dom Sibley are also out of contract.
Ben Mike, the allrounder who has enjoyed a breakout season at Leicestershire, is also out of contract and attracting interest from other clubs.
Tags: David Willey, England, England in Netherlands, Northamptonshire, Vitality Blast, Yorkshire