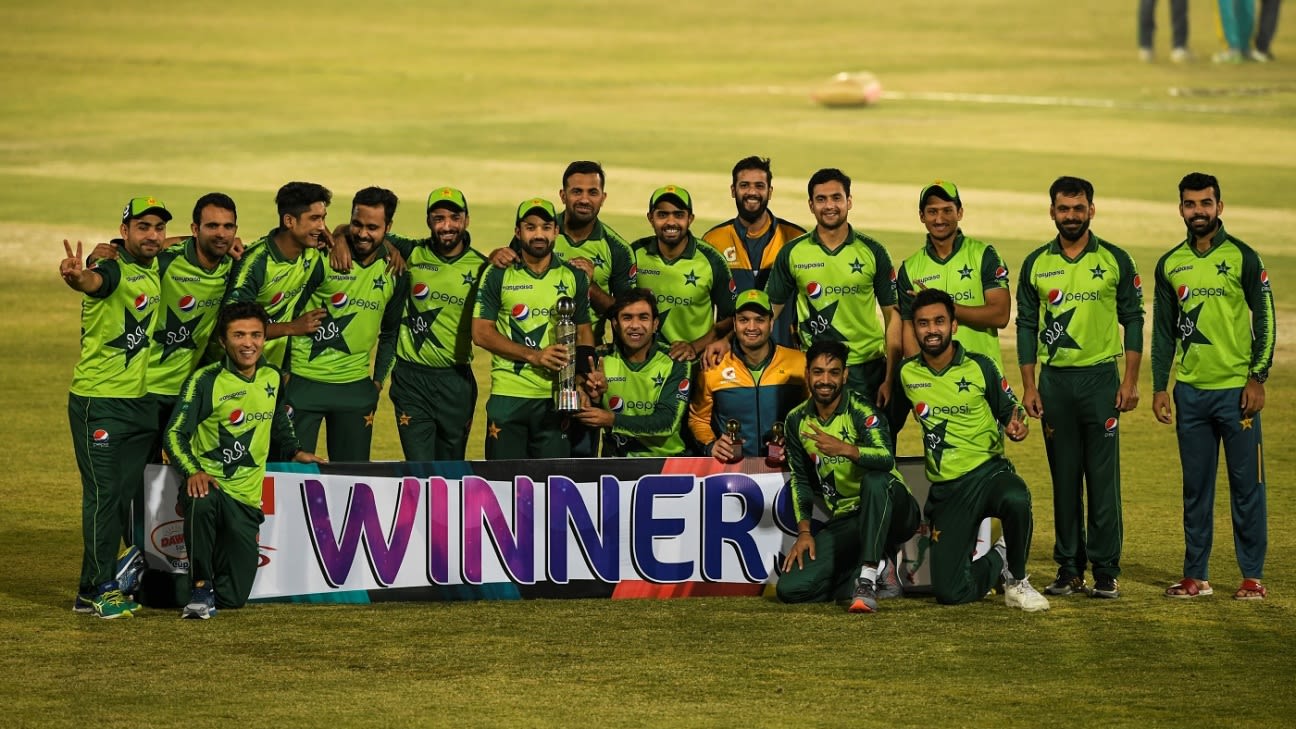 Pakistan’s men’s cricketers will have red and white-ball contracts separated in a revamp of the way the PCB central contracts are handed out. PCB chairman Ramiz Raja announced the move was necessary to incentivise and reward the efforts of players in each format. The number of centrally-contracted men’s cricketers will also rise from 20 to 33 when the contracts are next handed out next month. In addition, the number of women’s centrally-contracted players will rise from 18 to 25, with their salaries increasing by 15%.
“The thought process behind splitting red and white-ball contracts is to recognise the importance of white-ball cricket in the growth and development of the game,” Ramiz said. “We have four international events in the next 16 months, including two World Cups. This recognition of offering contracts to white-ball specialists will help us to eventually develop two separate squads, which could simultaneously be engaged in white and red-ball cricket. This will also allow us to have a bigger spread of talent to showcase to the world.
“The number of women’s central contracts has been increased to 25 from 18. You saw the performance of the women’s side against Sri Lanka, where Tuba [Hassan] became the first ICC Player of the Month. We won a Women’s World Cup match for the first time in 13 years. We executed a talent hunt of the women’s side across the country for the first time.”
Related
There was also an emphasis on shielding Pakistan’s frontline cricketers from fatigue by disincentivising them from playing too many overseas leagues. As a result, Ramiz announced “a substantial pool of funds” that would be made available to compensate them.
“To discourage our elite players from signing up for additional off-season events, we have allocated substantial pool of funds. This amount will be used to compensate them for their potential loss in earnings and will also manage their workload and ensure that they remain fully fit, fresh and ready when required on national duty.”
Another one of Ramiz’s signature projects, the introduction of drop-in pitches to Pakistan, is yet to see significant progress, but the PCB chairman announced that logistical and financial hurdles had frustrated his efforts, and that things were moving quickly now.
“Drop-in pitches are extremely expensive, and transporting them from Australia is problematic,” he explained. “We’ve imported soil from Australia, which is coming in July. An Australian curator is coming here. We all learn lessons, and what I learned was the pitches against Australia were useless. We assumed we’d beat them with spin and reverse swing, which didn’t happen. So I had the pitches on the squares changed immediately.”
These announcements were the most salient developments across a press conference after the PCB’s 69th Board of Governors (BoG) meet, where Ramiz re-emphasised his primary aims and intentions as chairman, talking up the need for financial independence, and the importance of on-field results to grow the influence and brand of Pakistan cricket. There were salary and fee increases announced across the board, too, with a 10% increase in match fees across formats. Moreover, non-playing members will earn 70% of the match fee that playing cricketers receive, up from 50% previously.
“Since September 2021, the Pakistan men’s cricket team has achieved an impressive 75% success rate across all formats, which is the highest amongst all the Test playing nations. This has contributed in Pakistan improving its rankings, which now stands at fifth in Tests [up by one], third in ODIs [up by three and the highest since January 2017] and third in T20Is [up by one].
“With this background, and in line with our philosophy that revolves around acknowledging, appreciating and rewarding high-performing players, I am pleased with the enhancements in the 2022-23 central contracts. I remain committed to looking after our national cricketers who bring joy to the fans and laurels for the country. These players are our pride, and always need to be well looked after and properly valued so that they can continue to flourish in their field of expertise.”
Tags: Pakistan, Ramiz Raja