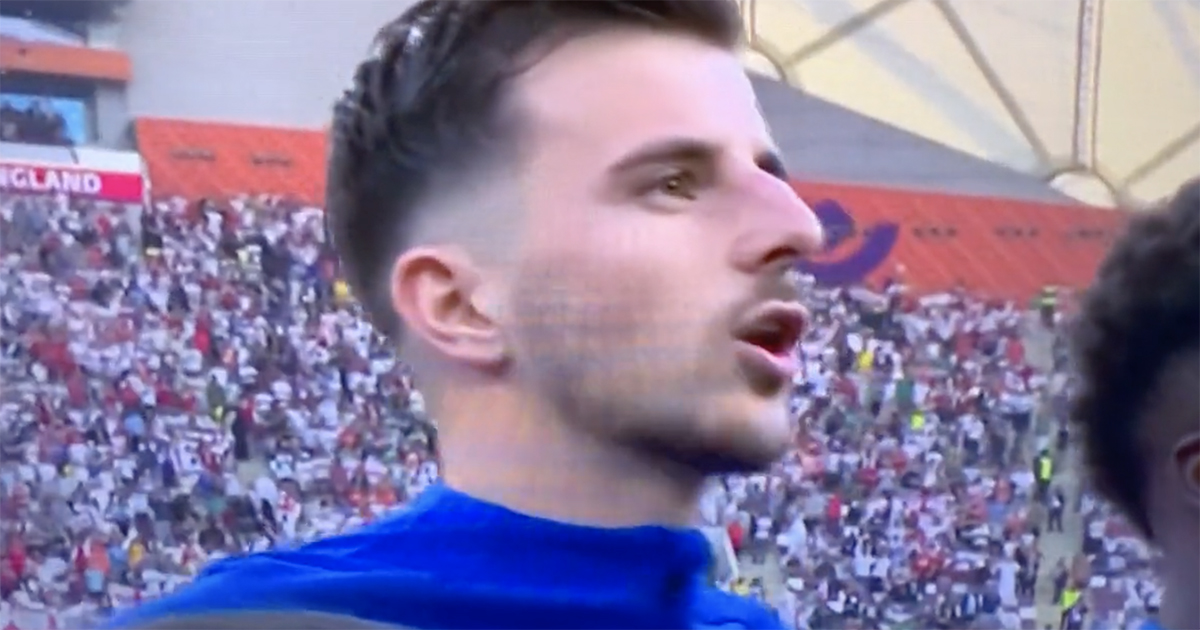 The Chelsea star went viral on social media after appearing to sing “God save our gracious queen”, instead of “king”, when the camera panned past the England team in the line-up before the match began.

In fairness to Mount, who has been captained 32 times by his country, this is only the third time that the England team have sung this version of the national anthem, following the death of Queen Elizabeth II in September.

Despite very little happening in the opening exchanges of the Three Lions’ first group match in Qatar, there have still been talking points on social. Alex Scott caught attention for wearing the OneLove armband that England decided not to don, while England fans were delayed into the stadium due to ticketing issues.

The game was delayed for around 10 minutes, following an injury to the Iran goalkeeper, Alireza Beiranvand, who clashed heads with one of his defenders following a cross from Harry Kane.

Mason Mount is making his first World Cup appearance at the tournament in Qatar.