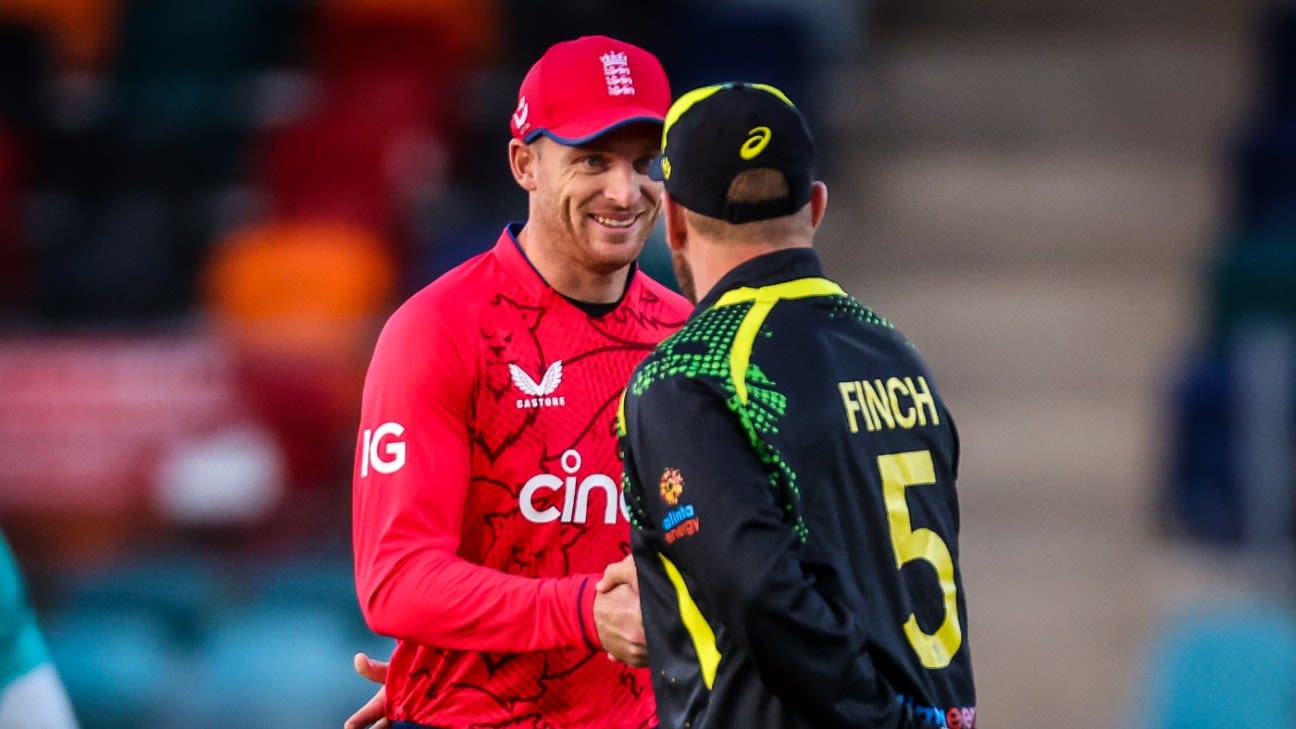 England’s victory against New Zealand means that there are still plenty of qualification possibilities in Group 1, with just three games to go. Here is a look at what each team needs to do to make it to the semi-finals.
New Zealand
Played: 4, Points: 5, NRR: 2.233, Remaining match: vs Ire (Adelaide)
Despite the defeat against England, New Zealand are still reasonably well-placed to qualify. A win by any margin in their last game against Ireland should be enough. Even if they win by just one run, Australia will have to win by around 152 runs, and England by around 95, for both teams to go past New Zealand’s excellent net run rate (NRR), which is currently at 2.233.
Related
However, if New Zealand lose to Ireland on Friday, then they will have to hope that Australia lose to Afghanistan as well. Then, New Zealand (unless they’ve lost by a huge margin) will qualify along with the winner of the England-Sri Lanka game.
England
Played: 4, Points: 5, NRR: 0.547, Remaining match: vs SL (Sydney)
England are level on points with New Zealand and Australia. Their NRR of 0.547 is ahead of Australia’s -0.304, but well behind New Zealand’s 2.233. If all three teams win their final matches, then it will obviously come down to NRR. As explained above, New Zealand are comfortably ahead on this aspect.
If Australia score 180 and beat Afghanistan by 60 runs on Friday, then England will need to beat Sri Lanka by at least 10 runs on Saturday to stay ahead on NRR. That means the difference in margins need be roughly up to 50 runs for England to stay ahead. From England’s point of view, they will know exactly what they need to do as they play the last game of the group.
If England lose to Sri Lanka, though, then they will almost certainly be knocked out even if New Zealand and Australia lose their last games, as they are far behind New Zealand on NRR and in such a scenario Sri Lanka will go above the lot on points.
Australia
Played: 4, Points: 5, NRR: -0.304, Remaining match: vs Afg (Adelaide)
As explained above, Australia will get into an unfavourable NRR battle with New Zealand and England if all three teams win their last games in the group. What they would much rather prefer, obviously, is for them to beat Afghanistan, and for at least one of New Zealand or England to lose their last game. They will then qualify without NRRs coming into play.
However, since they play on Friday, before England’s game against Sri Lanka, Australia will have to go for as big a win as possible. If, for instance, they chase a target of 120 in 12 overs, England will need to chase down 150 in around 17.5 overs to sneak ahead on NRR. All of this means that plenty of calculators will be out over the weekend.
Sri Lanka
Played: 4, Points: 4, NRR: -0.457, Remaining match: vs Eng (Sydney)
Sri Lanka are the only team in contention in this group with an even number of points. The only way they can qualify is if they beat England, and if at least one of New Zealand or Australia lose their last game. If their game against England gets washed out, Sri Lanka will be eliminated given that their NRR is so far behind that of New Zealand.
Ireland
Played: 4, Points: 3, NRR: -1.544, Remaining match: vs NZ (Adelaide)
Not only will Ireland have to beat New Zealand, they will also have to win by around 105 runs to go past them on NRR. Apart from that, they will also have to hope for Australia to lose to Afghanistan, since one of England or Sri Lanka will surely progress beyond five points. In other words, the best Ireland can probably hope to do is to help one of the other teams in their bid to qualify.
Tags: Australia, England, England vs New Zealand, ICC Men's T20 World Cup, Ireland, New Zealand, Sri Lanka