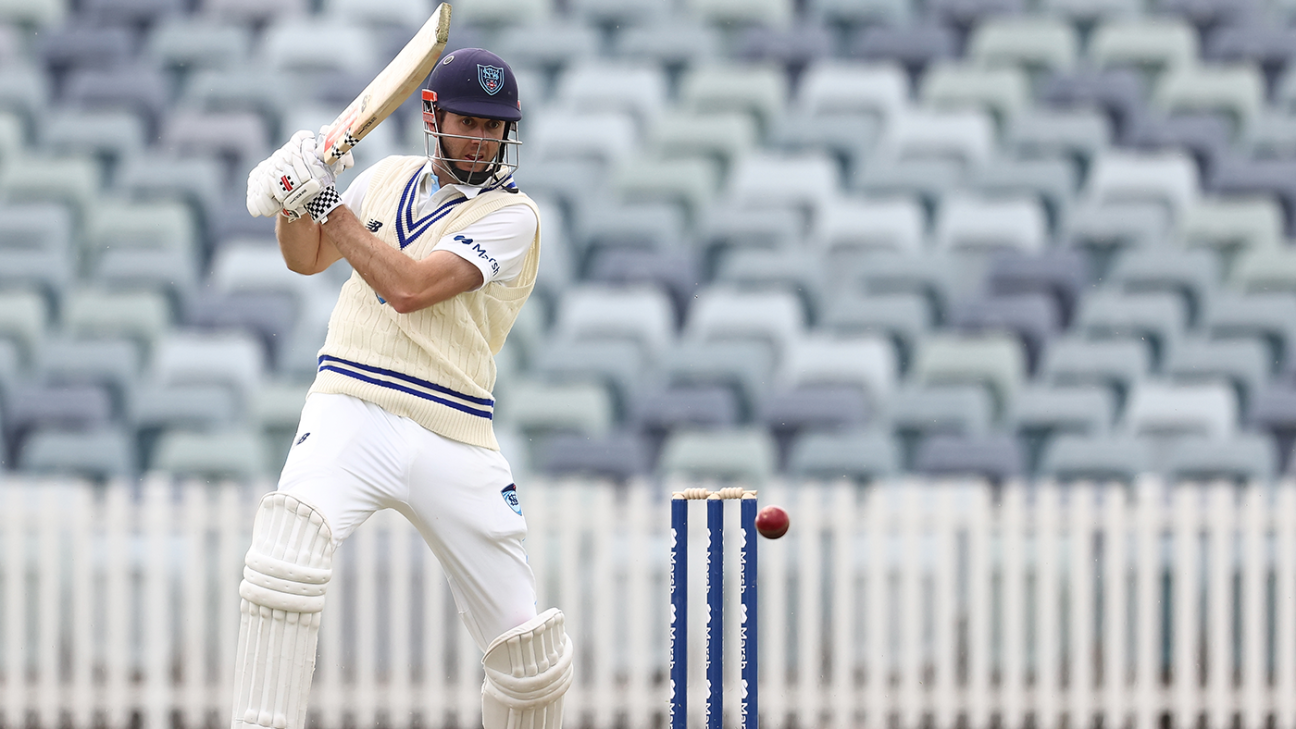 New South Wales 1 for 99 vs South Australia
Kurtis Patterson edged past Don Bradman in the New South Wales record books after making it to stumps on day one of the weather-affected Sheffield Shield match against South Australia in Wollongong.
Rain stopped play for almost three-and-a-half hours in the middle of the day, before bad light forced another stoppage only seven overs after the resumption.
“The game’s probably sitting pretty fifty-fifty at the moment,” South Australia spinner Ben Manenti said. “They haven’t gotten away from us but they haven’t lost many wickets.”
Soon before the lunch break, Patterson surpassed Bradman to become the 19th-highest run-scorer for NSW in Sheffield Shield history. The 29-year-old Patterson now has 4656 runs for NSW, while Bradman made 4633.
Only Moises Henriques (14th) sits higher than Patterson amongst the current crop. Bradman averaged 107.74 from his 31 Shield matches for NSW before his move to South Australia in 1934, while Patterson is averaging 37.07 from 76 appearances.
The majority of play at North Dalton Park took place in the morning session, which failed to reach any great heights.
Hughes was dropped by Nathan McAndrew at short leg early in his innings, while Manenti secured the only breakthrough of the session when he dismissed Blake Nikitaras for 32. Nikitaras departed when he chipped Manenti to mid-on, where he was caught by Jordan Buckingham.
“It was like he was batting on a different surface from me,” Hughes said. “It’s quite a slow wicket but it’s quite flat and the outfield’s slow.  There’s going to be a bit of grinding to do but hopefully we can do that tomorrow.”
NSW and South Australia are in the bottom two spots on the Shield ladder with a draw and a loss to their names.
Tags: Kurtis Patterson, New South Wales, NSW vs South Aust, Sheffield Shield, South Australia