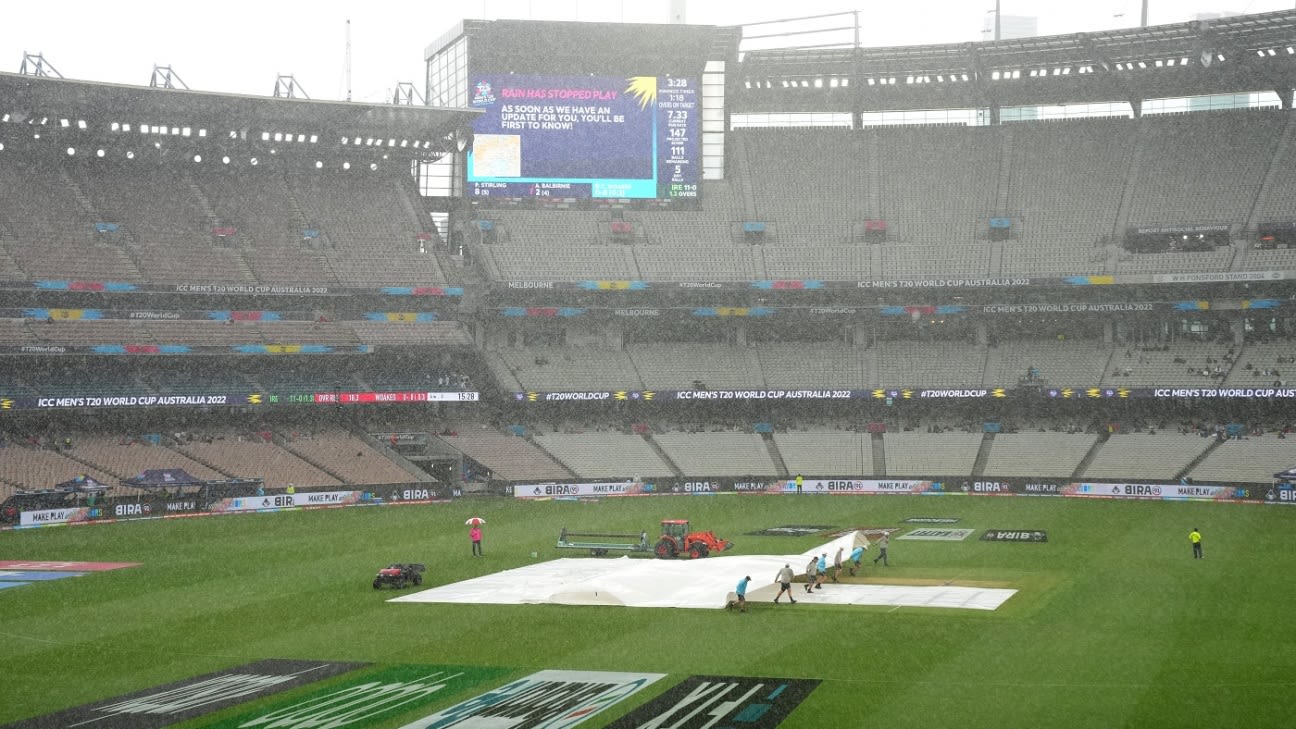 Match abandoned without a ball bowled
Heavy evening showers in Melbourne forced the tournament’s second washout, with New Zealand and Afghanistan splitting points on Wednesday.
The match that was delayed to begin due to a spillover of the England-Ireland game earlier in the day – also due to multiple rain breaks – didn’t seem like taking off at any point.
The covers came off multiple times only for the rain to return – often with force – either before or after inspections. Eventually, the umpires decided there wasn’t enough time to ready the outfield before the 10.04pm cutoff, even if the rain did subside.
The result means New Zealand, who opened with a NRR-boosting win over Australia, continue to top Group 1 with three points in two games. Afghanistan’ chances of making the semi-finals, however, have received a big blow as they remain at the bottom with one point in two matches. All the other sides in the pool have at least one win in two games.
Afghanistan will remain in Melbourne to take on Ireland on Friday, while New Zealand fly to Sydney where they play Sri Lanka on Saturday.
Tags: Afghanistan, Afghanistan vs New Zealand, ICC Men's T20 World Cup, New Zealand