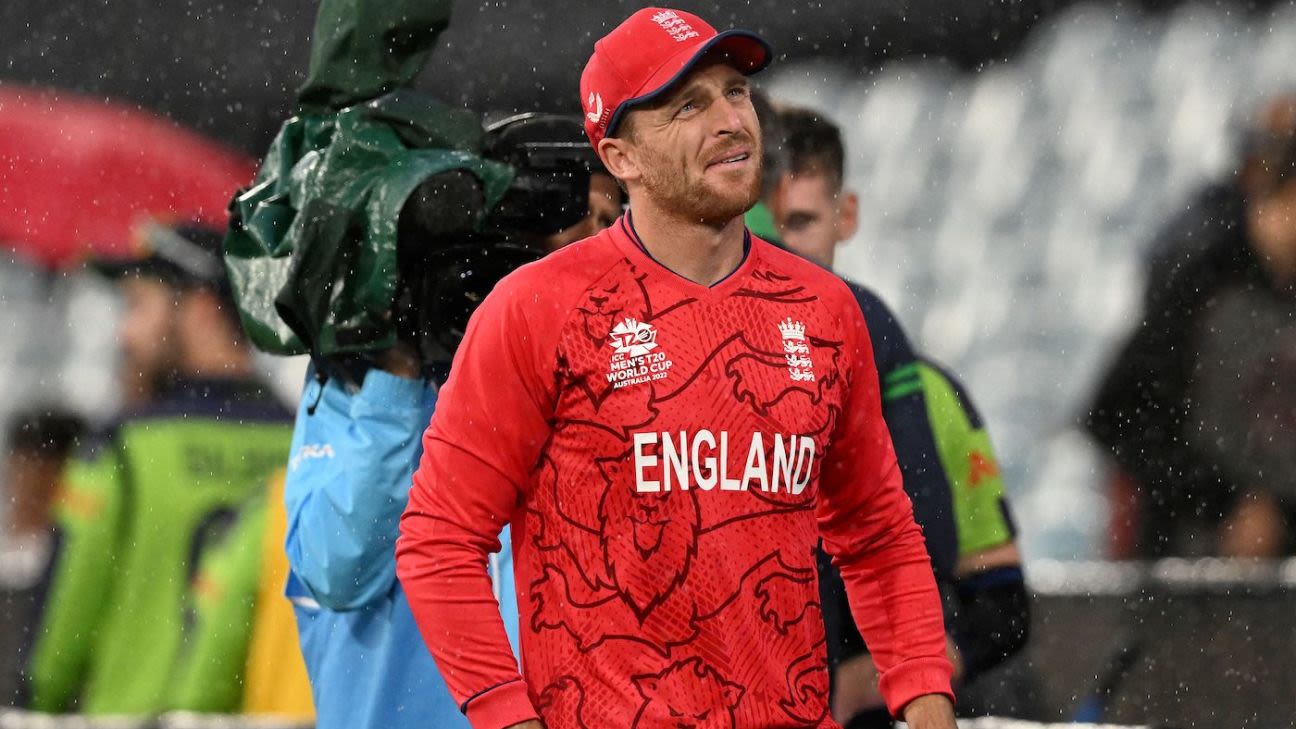 New Zealand’s 65-run win against Sri Lanka puts them on top of group 1, but plenty can change in the six remaining matches in the group. Here is a look at how the teams stack up in the race to the two semi-final slots.
New Zealand
Played: 3, Points: 5, NRR: 3.850, Rem matches: vs Eng, Ire
New Zealand have pulled clear of the rest of the teams in the group, both in terms of points, and even more so, in terms of net run rate. One more win in their two remaining matches should seal qualification, given their excellent NRR. However, if they lose both games, then several other results will have to go their way for them to qualify with five points.
England
Played: 3, Points: 3, NRR: 0.239, Rem matches: vs NZ, SL
The defeat against Ireland could hurt England badly.
Rain is forecast in Brisbane on Tuesday for their game against New Zealand – if points are shared in that game, England will finish on a maximum of six points, not what they want since New Zealand (with a much better NRR) would touch six points too, and Australia can get up to seven if they beat both Ireland and Afghanistan.
If England grab four points from their last two games, then it is possible that three teams – New Zealand, England and Australia – finish on seven points, bringing NRR into play.
Ireland
Played: 3, Points: 3, NRR: -1.169, Rem matches: vs Aus, NZ
Ireland’s fortunes rest in their own hands: if their follow the victory against England with wins in their last two games – against heavyweights Australia and New Zealand – then they will qualify for the semi-finals regardless of other results. The problem for them, though, is that they have a 0-5 T20I record against those two teams.
For the defending champs, it is a chance to stay in contention of making the semis at their home World Cup•Associated Press
Australia
Played: 3, Points: 3, NRR: -1.555, Rem matches: vs Ire, Afg
Australia’s two remaining games are against the two new Full Members – Ireland and Afghanistan. Victory in both will lift them to seven points, but Australia will also want to undo the damage caused by the 89-run loss in their tournament opener against New Zealand. The margin of that defeat could hurt them if it comes down to NRR.
Sri Lanka
Played: 3, Points: 2, NRR: -0.890, Rem matches: vs Afg, Eng
If Sri Lanka win their last two games, New Zealand lose their last two, and Australia beat Ireland but lose to Afghanistan, then Sri Lanka will top group 1 with six points. However, both Australia and New Zealand will finish on seven points if the scenario doesn’t play out that way. Sri Lanka’s only option, then, is to win their last two and then hope.
They might not even get a chance to get to their maximum of six points if the weather forecast holds true for Brisbane on Tuesday, when they are scheduled to play Afghanistan.
Afghanistan
Played: 3, Points: 2, NRR: -0.620, Rem matches: vs SL, Aus
Like Sri Lanka, Afghanistan can also top the group – on six points – if they win both their games and if New Zealand lose both of theirs. For a start, though, they will be hoping to play some cricket after their last two games were abandoned without a ball being bowled. A third such match is on the cards given the forecast in Brisbane for Tuesday. If that game is washed out and other results follow a specific pattern, it is possible for all six teams in the group to finish on exactly five points.
Tags: Afghanistan, Australia, England, ICC Men's T20 World Cup, Ireland, New Zealand, Sri Lanka