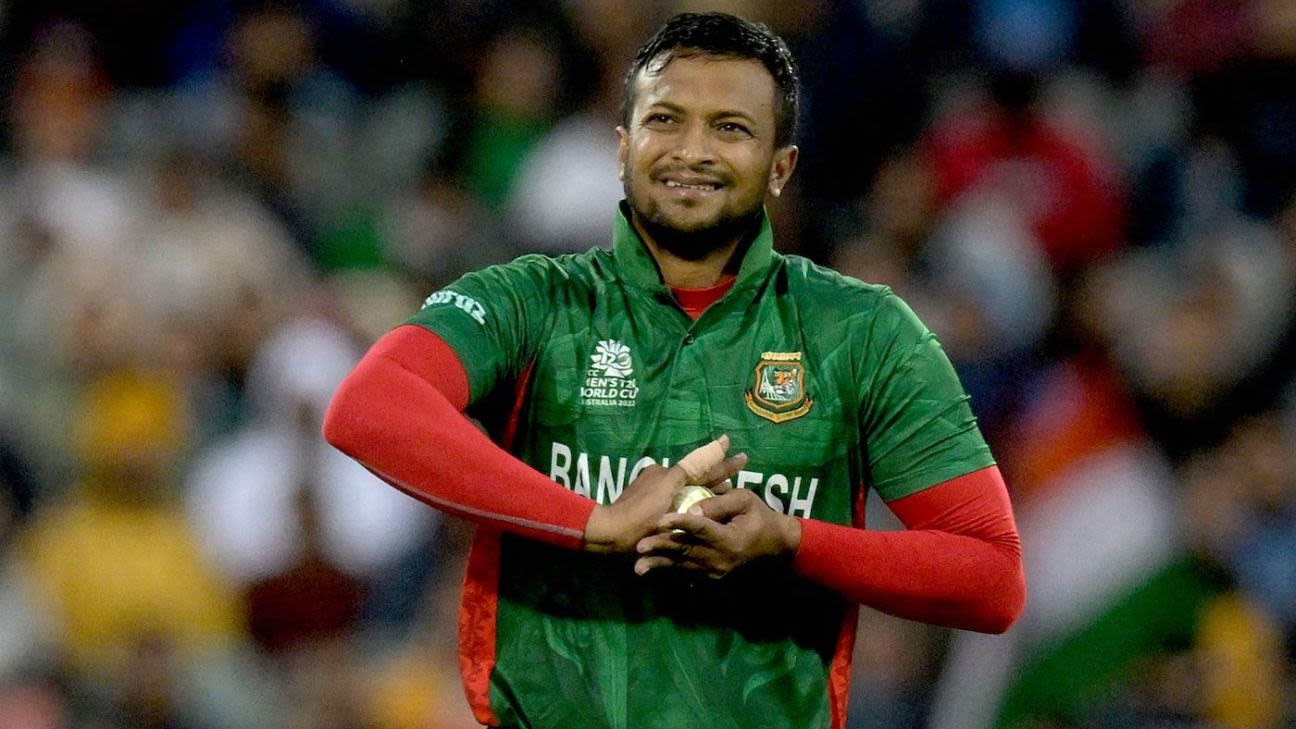 The tussle at the top of the T20I wicket-takers’ list continues, with Bangladesh’s Shakib Al Hasan picking up his 127th and joining New Zealand’s Tim Southee at the No. 1 spot.
ESPNcricinfo Ltd
Shakib got to the landmark by taking 2 for 33 against India in the ongoing men’s T20 World Cup on Wednesday. He dismissed KL Rahul for 50 off 32 balls, having the batter top-edge an attempted big hit, and also bowled Suryakumar Yadav with his trademark drift into the right-hander.
Shakib, 35, has become the backbone of the Bangladesh cricket team since he made his debut in August 2006. He is their highest wicket-taker in both Tests and ODIs too, and remains the only cricketer in the world to tally 1000 runs and 100 wickets in the shortest international format.
Rated one of the world’s finest allrounders – he is currently ranked No. 1 by the ICC – Shakib has also had several stints as Bangladesh’s captain, including this one. He has played in T20 leagues in India (IPL), Australia (BBL), West Indies (CPL) and Pakistan (PSL), apart from the BPL at home in Bangladesh. All highlights of a career that has now racked up 381 matches and 430 wickets.
Shakib’s reign at the top may not last too long, though. Southee, also on 127 T20I wickets, will get the chance to pull ahead when New Zealand face Ireland on Friday in Adelaide.
Tags: Bangladesh, ICC Men's T20 World Cup, India vs Bangladesh, Shakib Al Hasan