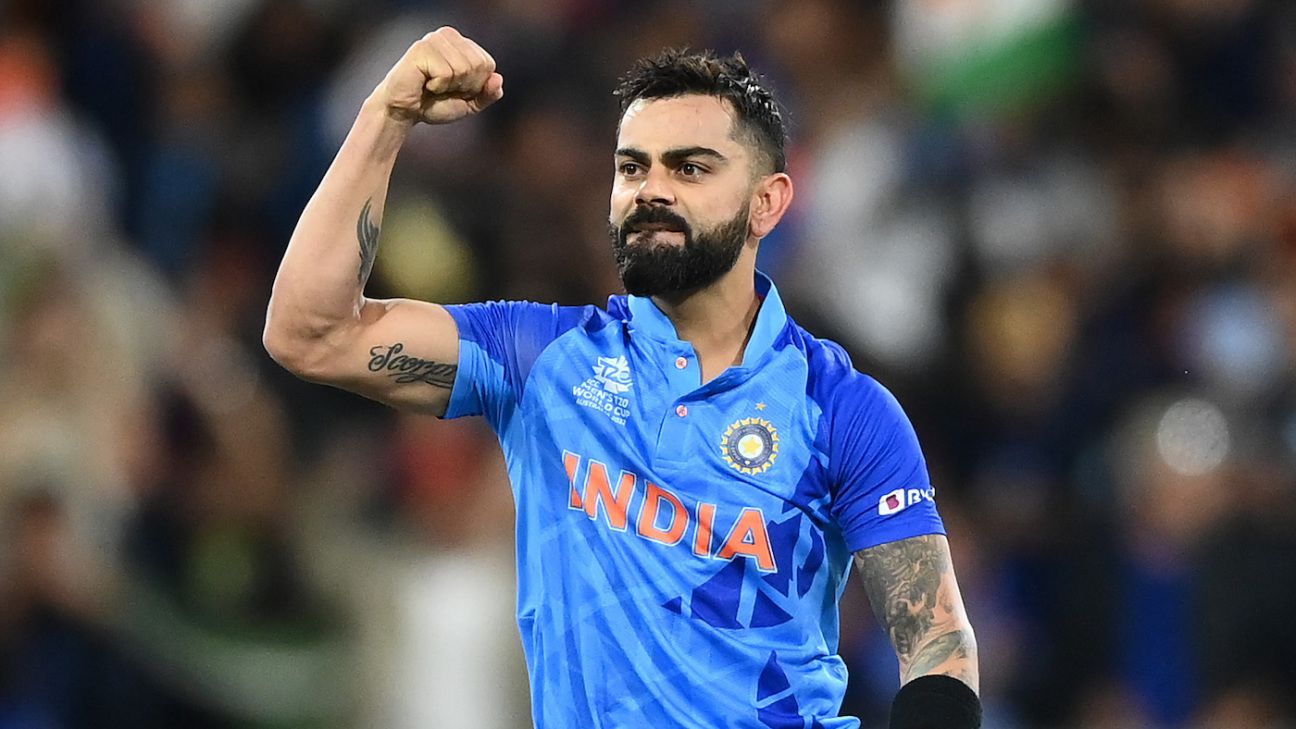 Virat Kohli is back in the top ten for T20I batters in the ICC rankings after guiding India to a thrilling win in the Super 12 match against Pakistan in the T20 World Cup.
Kohli’s unbeaten 53-ball 82 at the MCG has taken him five places up to No. 9. He stemmed the wicket flow with a 113-run stand with Hardik Pandya before helping take 48 off the last three overs to seal the game. Hardik, who contributed by scoring 40 with the bat and took three wickets, maintained his spot at No. 3 in the allrounders’ list.
While Pakistan’s Mohammad Rizwan continues to top the batting charts, he faces stiff competition now from New Zealand opener Devon Conway, whose unbeaten 92 off 58 against Australia in the first Super 12 match of the T20 World Cup catapulted him up three places to second. Rizwan currently has 849 rating points, 18 more than Conway.
Suryakumar Yadav and Babar Azam follow Conway at three and four respectively in the list. Aiden Markram, meanwhile, has dropped to No. 5.