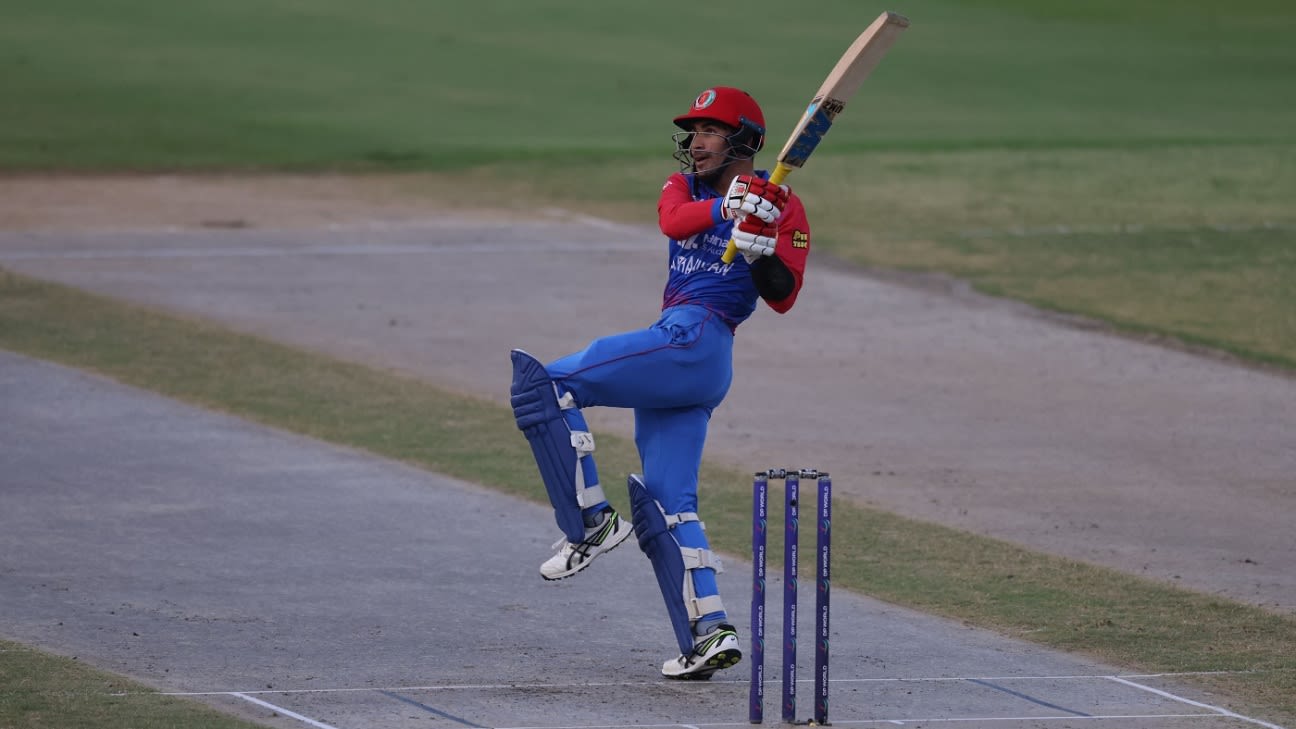 Rahmanullah Gurbaz is expected to be fit to play in Afghanistan’s T20 World Cup opener against England in Perth on Saturday after scans cleared him of a fracture.
Gurbaz, 20, was struck on the left foot by Shaheen Shah Afridi’s inswinging yorker during Afghanistan’s warm-up match against Pakistan on Wednesday at the Gabba, which ended as a no-result because of rain.
He was carried off the pitch after medical attention and was later pictured wearing a protective boot on his left foot. He was sent to the hospital for scans, and the Afghanistan Cricket Board said in a statement that he had been cleared of a serious injury.
“Team doctor stated that the results are clear with no bone fracture,” the ACB said. “He will be assessed in the next two days and is expected to be available for our England fixture on Saturday.”
Gurbaz had struggled at the previous T20 World Cup, in 2021, making 85 runs across his five innings. He has since been promoted to open the batting on a regular basis and his availability will be a significant boost for Afghanistan ahead of their first game.
Tags: Afghanistan, Afghanistan vs Pakistan, ICC Men's T20 World Cup, ICC Men's T20 World Cup Warm-up Matches, Rahmanullah Gurbaz

Hales called up with Cook in doubt