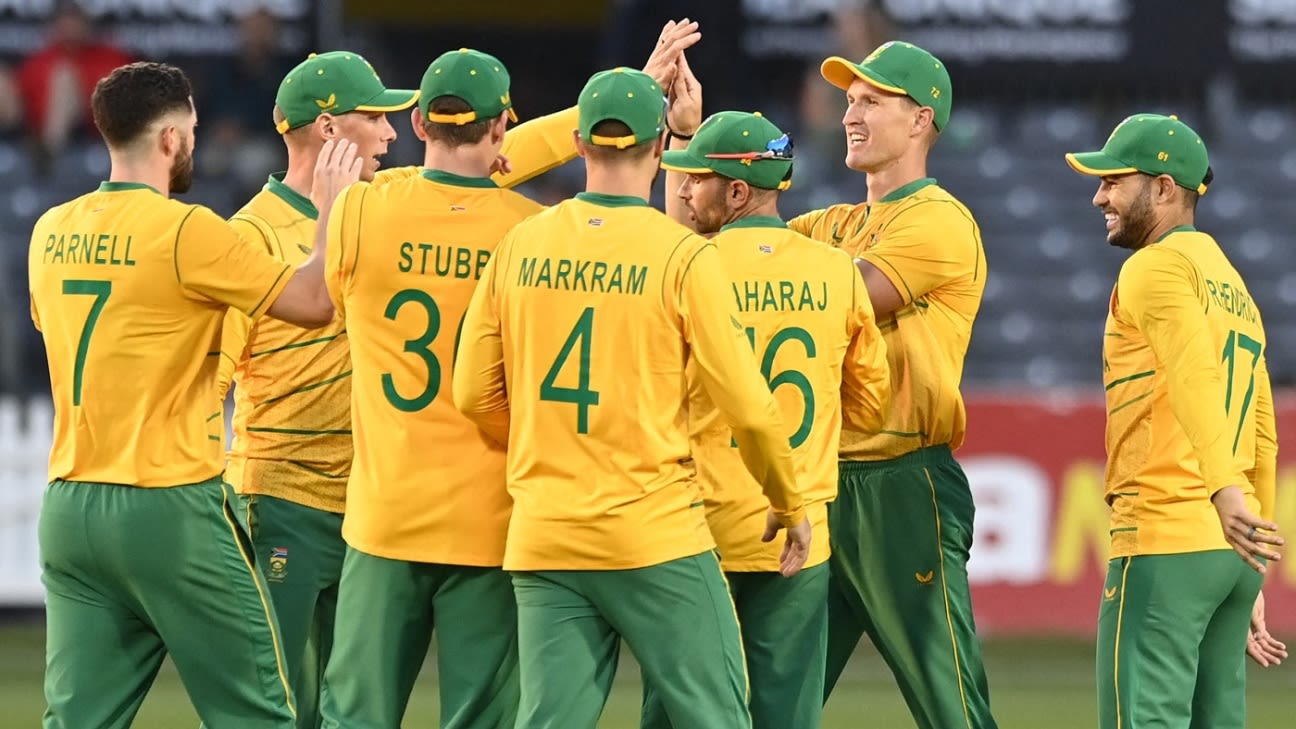 The SA20 has breached the hurdle at which the Global League T20 and the Mzansi Super League fell, securing a ten-year deal with Viacom18 for an undisclosed amount to broadcast the tournament in India. ESPNcricinfo understands that CSA has also reached an agreement with the broadcaster to put South Africa’s bilateral fixtures for the next decade on air.
The deal is understood to be lower than the SA20’s asking price of US$ 100 million for a ten-year period, but an insider described it as “game-changing” for South African cricket, and said it would ensure that SA20 returned a profit in the first year as against the initial forecast of five years.
Related
The tournament will be broadcast in South Africa by SuperSport, which also owns a 30% stake in it – CSA owns 50% and former IPL chief executive Sundar Raman owns the remaining 20%.
The Global League T20, which was expected to kick off in the 2017-18 season and had team owners from the IPL and the PSL, never got going because, ostensibly, no broadcast deal came through. However, Haroon Lorgat, the former CSA chief executive, has long maintained that a broadcast deal was in place and the league was instead stymied by political infighting at the board.
Lorgat and CSA parted ways that season and his successor, Thabang Moroe, first tried to make the GLT20 happen, but then abandoned it.
Under Moroe, CSA then created the Mzansi Super League, with no private ownership. The six-team tournament was held twice, in 2018 and 2019, but couldn’t acquire a major broadcast deal. Instead, it was televised on South Africa’s free-to-air service, the SABC, which did not pay CSA anything to put the competition on screens.
It cost CSA more than Rand 100 million (US$ 5.5 million approx.) per season of the competition, which was financially unsustainable. Moroe was fired for misconduct in 2020 and the league was suspended during the pandemic.
The Moroe era left CSA’s finances in distress and, with international fixtures dwindling, in April this year CSA announced a third attempt at a franchise T20 tournament – the SA20.
Tags: SA20, South Africa