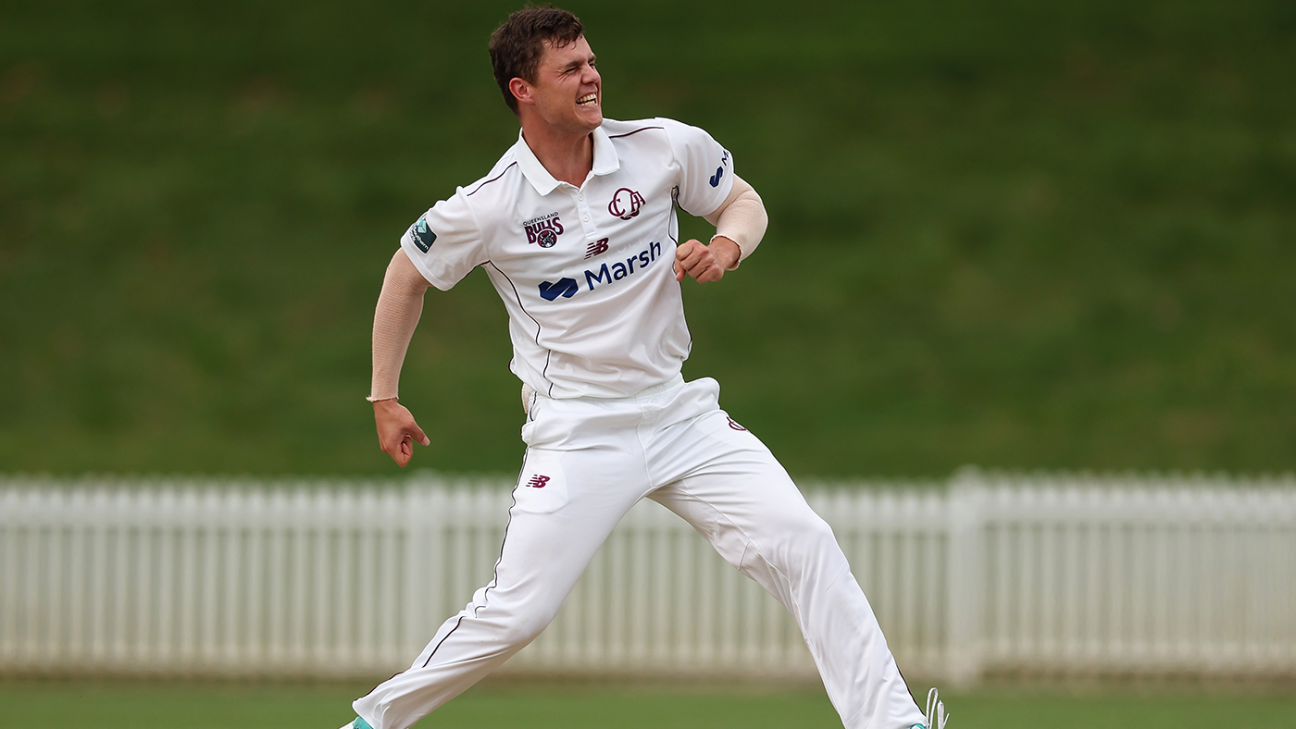 New South Wales 246 and 4 for 96 trail Queensland 6 for 477 dec (Renshaw 200*, Neser 136) by 135 runs
Matt Renshaw and Queensland allrounder Michael Neser posted their highest scores in first-class cricket in a match-turning sixth-wicket stand to crush New South Wales on day three of their Sheffield Shield clash.
Opener Renshaw made a masterful unbeaten 200 and Neser a whirlwind 136 as the duo combined in a 257-run sixth-wicket stand at Sydney’s Drummoyne Oval.
When Neser departed, Queensland declared on 6 for 477 and NSW were 4 for 96 at stumps when bad light stopped play.
Neser and Renshaw came together in the first over of the day after Jimmy Peirson was dismissed. The Queensland pair blitzed the bowling attack to score at more than five runs per over in a powerful partnership.
Neser’s previous best was an innings of 121 in the Shield two seasons ago.  The 32-year-old, who played one Test for Australia last season, brought up his ton with a cut shot to deep point from Australia spinner Nathan Lyon and then went into overdrive.
Matt Renshaw brought up a marathon double century•Getty Images
Renshaw’s knock could have ramifications beyond this match.  Five of his 15 boundaries were sixes and he showcased an array of attacking strokes which sent a message to Test selectors that his game has developed hugely.
His knock surpassed the 184 he made for Australia against Pakistan in 2017. The century was his first as an opening batter for Queensland since 2017-18 and continued the form he displayed for Somerset in English county cricket this year where he twice passed the hundred mark.
Renshaw batted in the middle order last season but captain Usman Khawaja moved him back to his former position at the top of the list to benefit Queensland, and with the hope of revitalising his Test career.
Renshaw played the last of his 11 Tests in 2018 but with current Australia openers Khawaja and David Warner nearing the end of their careers he has reminded the selectors of his ability to now change gears with a match-defining innings in challenging conditions.
Queensland legspinner Mitchwell Swepson was the pick of the bowlers and also ran out opener Blake Nikitaris.
Tags: Matt Renshaw, Michael Neser, New South Wales, NSW vs Queensland, Queensland, Sheffield Shield