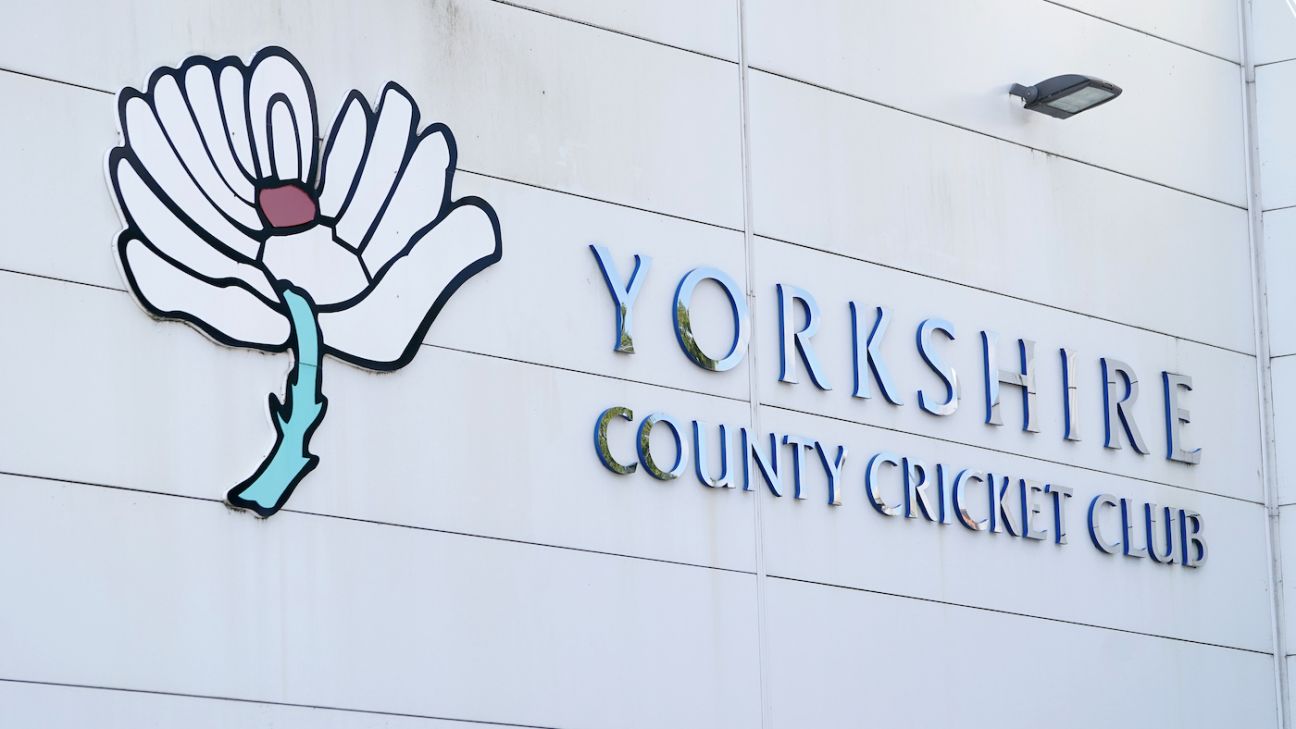 Yorkshire have appointed as their new chief executive Stephen Vaughan, the former CEO of Wasps Group – the premiership rugby club that went into administration last month – while confirming that Darren Gough will stay on as permanent director of cricket, following their relegation to Division Two of the County Championship.
Vaughan’s role will officially begin on November 7, almost exactly a year on from the resignation of his predecessor, Mark Arthur, who stood down at the height of the club’s racism scandal, prior to Azeem Rafiq’s explosive testimony at the DCMS parliamentary hearing at which he had also been due to give evidence.
In his three-year stint at Wasps, Vaughan went from CEO of sports business in August 2019 to becoming Group Chief Executive in 2020, but in October he was one of 167 players, coaches and staff made redundant following the collapse of the parent company, Wasps Holdings Ltd. Prior to that, he had been managing director of Thomas Cook London 2012, where he led the company’s involvement with the 2012 Olympics and Paralympics, and seven years at Gloucester Rugby.
During his time at Wasps, Vaughan was responsible for the rollout of a comprehensive Equality, Diversity & Inclusion (ED&I) strategy, a trait that made him attractive to Yorkshire as they seek to rebuild the club’s reputation following a damaging two years.
“Yorkshire County Cricket Club is one of the most iconic sporting institutions in the world and it’s truly an honour to take up this position,” Vaughan said. “Without shying away from the significant challenges we have faced over the past year, there are many reasons to be optimistic about the future, both on and off the pitch. I had a number of offers, but the opportunity to lead this club back to the forefront of English Cricket and realise our full potential was very attractive.
“The club is hugely important in the region with a massive fan base of loyal Members who want to see us get back to where we should be. Working alongside the newly installed Board I am determined to deliver sporting success at Headingley and produce exceptional results, underpinned by robust commercial foundations and our vision to make Yorkshire Cricket a place for everyone.
Lord Kamlesh Patel, Yorkshire’s chair, added: “We’re delighted to welcome Stephen to the club as the outstanding candidate in a highly talented field. With years of knowledge and experience working across various disciplines within sport he will bring a huge amount of expertise to Yorkshire County Cricket Club. His proven track record and business acumen will be vital to our future success.
“Stephen’s openness in dealing with challenging conditions at Wasps in the wake of Covid demonstrates the strength of character that will be vital to the ongoing transformation of the club. I look forward to working with him as we continue on our rebuilding journey”.
Gough, meanwhile, has been confirmed as Yorkshire’s full-time director of cricket, having stepped into the role last year following the departure of Martyn Moxon. His first season in charge was a disappointment, however, as Yorkshire were relegated on the final day of the season following Warwickshire’s thrilling victory over Hampshire.
“I have a long-established connection to the club and am very happy to be part of our future by signing a permanent contract,” Gough said. “We were all disappointed with the conclusion of the men’s XI season but we are determined to get back to the top as soon as possible and regain our Division One status.
“There is much to be optimistic about, not least the exceptional young talent coming through, and I am excited about the signings we have made to improve the team. The hard work starts through the winter, and I am looking forward to working together with Ottis and the coaching team in the years ahead to bring success on the cricket field back to Yorkshire.”
Tags: England, Yorkshire