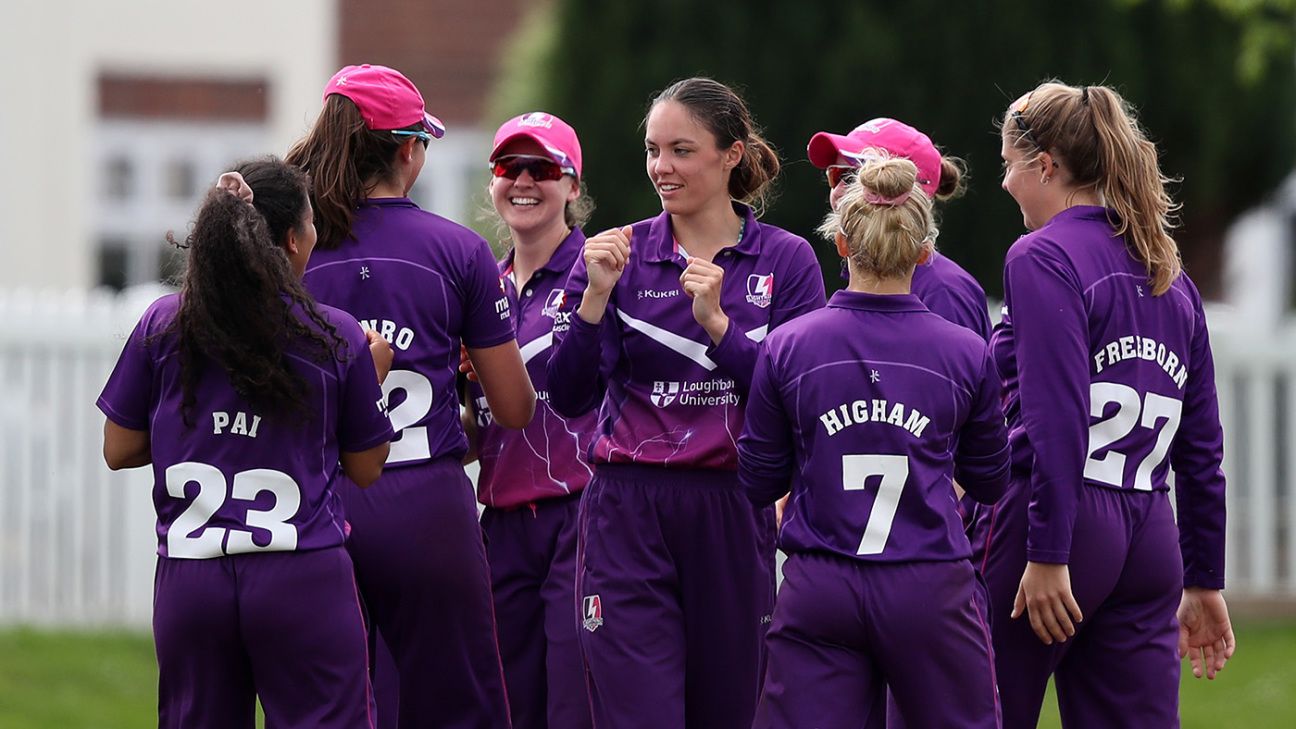 Women’s regional cricket in England and Wales is set to benefit from a £3.5 million increase in funding up to the end of 2024, the ECB has announced, which will help to boost the average domestic salary to £25,000, and raise the total number of female professional players to close to 100.
The funding hike, which comes in the wake of the BCCI’s recent announcement that India’s national teams will receive pay equity in match fees, is further evidence of the growth of interest in the women’s game.
“Everyone within cricket should be immensely proud of the game-changing progress of professional women’s domestic cricket since the implementation of the Transform Women’s and Girls’ Cricket Action Plan began in 2020,” Clare Connor, the ECB’s interim CEO, said.
“The significant increase in funding we are announcing today will not only continue to drive the performance standards of our domestic players across England and Wales, giving the women’s game more strength in depth, but critically we are creating a more equitable future for women and girls in our sport. Young girls have a clearer pathway in cricket than ever before, and the belief that they too can aspire to be professional cricketers.
From November 1, the number of professional players funded by ECB will go up to seven players per region, rising again to 10 professional players per region by February 1, 2023.
By the start of the 2023 season, there will be 80 ECB-funded professional women’s domestic cricketers, double the initial figure of 40 who were contracted in 2020, in addition to the England Women’s Centrally Contracted players.
From February 1, the salary pot for the teams that take part in the ECB’s regional competitions, the Rachael Heyhoe Flint Trophy and the Charlotte Edwards Cup, will rise to £250,000, meaning the average salary for a women’s regional cricketer will be £25,000.
There has also been an increase in staffing salaries and capacity, the ECB added, with a focus on the science and medicine provision at each region.
“As of February there will be nearly 100 professional female cricketers in England and Wales,” Connor said. “There were fewer than 20 before we launched the new regional structure in 2020.
“We’re indebted to the hard work of everyone: players, support staff and the administrators who have backed the vision and driven this change – and to the PCA, for the important role they’ve played in supporting this progression with their continued collaboration.
“Combined with the dramatic impact of The Hundred, we are seeing the benefits of professionalisation and collaborative ways of working and cricket is thriving as a result.”