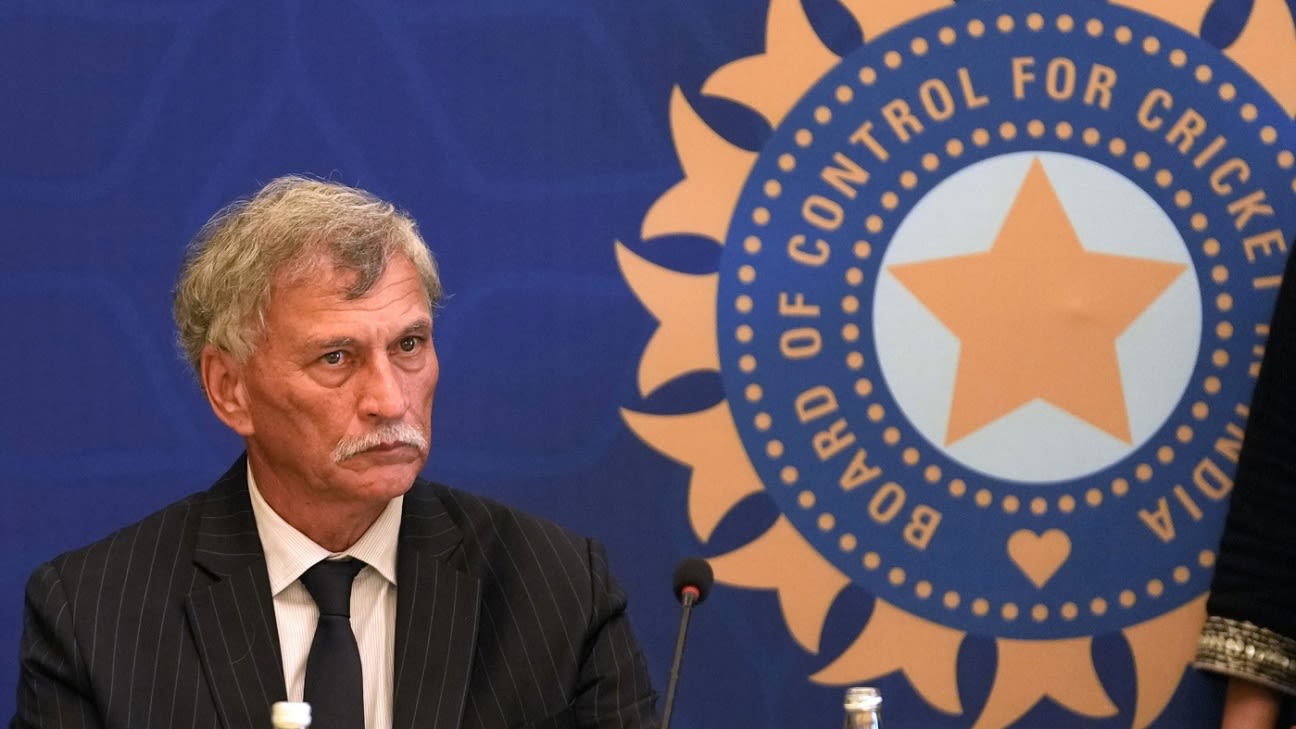 It’s perhaps understandable, given he has only just taken over as BCCI president, that Roger Binny was unlikely to go into the nuts and bolts of every single burning issue in Indian cricket during his first press interaction. Nonetheless, his answers in Bengaluru on Thursday gave you a peek into what the general sentiment in the BCCI regarding domestic cricket – and player contracts specifically – is.
“I think domestic players … Ranji players are looked after pretty well,” Binny said in response to whether central contracts for domestic players was one his bucket list of things to accomplish while BCCI president.
It was something Sourav Ganguly had touched upon as well when he took over as BCCI president in October 2018. Unlike Ganguly, Binny was clear that wasn’t going to be priority, especially since the board had introduced pay hikes for them last year.
“They’re taken care of well, they have good facilities, they stay in good places. There’s no need for that at the moment. What’s needed is to lift the standard of the Ranji Trophy,” Binny said. “It’s the premier tournament. Along with Ranji, you have the Duleep Trophy and Irani Cup. How many people knew Irani Cup happened a month back? How many watched it? We have a culture; cricket fans need to support that. We need to change that.”
Having just returned from his unveiling as BCCI president in Mumbai, Binny was the talk of the town at the M Chinnaswamy Stadium, his “home turf”. And as he regaled his colleagues, friends and former team-mates at the Karnataka State Cricket Association (KSCA), the former India allrounder touched on another important subject – selection.
“That is best left to the selectors, I won’t interfere,” he said. “We’ve picked them to do a job, we will let them do it”. He wanted to be clear that people with certain responsibilities will be allowed to carry out their duties. Like the medical staff at the NCA, who he felt needed to do better.
“You can’t have a [Jasprit] Bumrah breaking down 10 days before a World Cup,” Binny said. “We need to address why and how players are breaking down so easily, not just now but over the last four-five years. It’s not that we don’t have good trainers or coaches. Whether the load is too much, whether they’re playing too many formats, something needs to be done. That is my priority…not just mine, the entire board’s.”
Binny was flanked by all the KSCA office bearers and members who handed him bouquets upon arrival. He joked about how the need to be in formal attire had turned a short metro ride from his home to the stadium into a long drive. As he entered the long hall, he soaked in the applause and began his introductory speech reminiscing about his first time at KSCA as a schoolboy in the 1970s.
Binny identified every team-mate of his, irrespective of which level it was at, from the gathering, before saying, “I’d never imagined to one day become BCCI president. It’s a great honour, I can’t tell you how happy my family and I are today at this new responsibility. I will do my best.”
As the floor was opened for questions, he was asked about Ganguly on a couple of occasions – if there was a sense that he had underachieved as BCCI president. Binny sidestepped that. He was asked about the thorny India-Pakistan issue, the obvious background being a statement made by the BCCI secretary Jay Shah in his capacity as president of the Asian Cricket Council.
Shah had said that India would not travel to Pakistan for next year’s Asia Cup. That prompted a response from the sports minister Anurag Thakur. And another from Binny as well.
“That is not the BCCI’s call,” Binny said. “We need the government’s clearance to leave the country. Whether we leave the country or teams are coming into the country, we need clearance. Once we get that from the government, we go with it. We can’t make decisions on our own. We have to rely on the government, we haven’t approached them yet.”
Binny also spoke of raising the standard of pitches across the country. “Pitches around the country are still too docile,” he said. “They’re unfit for fast bowlers. If our team goes to England or Australia, it takes us two weeks to a month to settle in with the movement and bounce. We should be able to acclimatise here before we go there. That’s another area we need to look into.”
As he left the stage, Binny reminded his former KSCA colleagues of how he’ll continue being a regular visitor to his former office. “To you guys, I have some bad news. I’m not going away from here, I’ll keep coming back (laughs).”
Tags: India, Roger Binny

Foreign players to be seen in domestic cricket