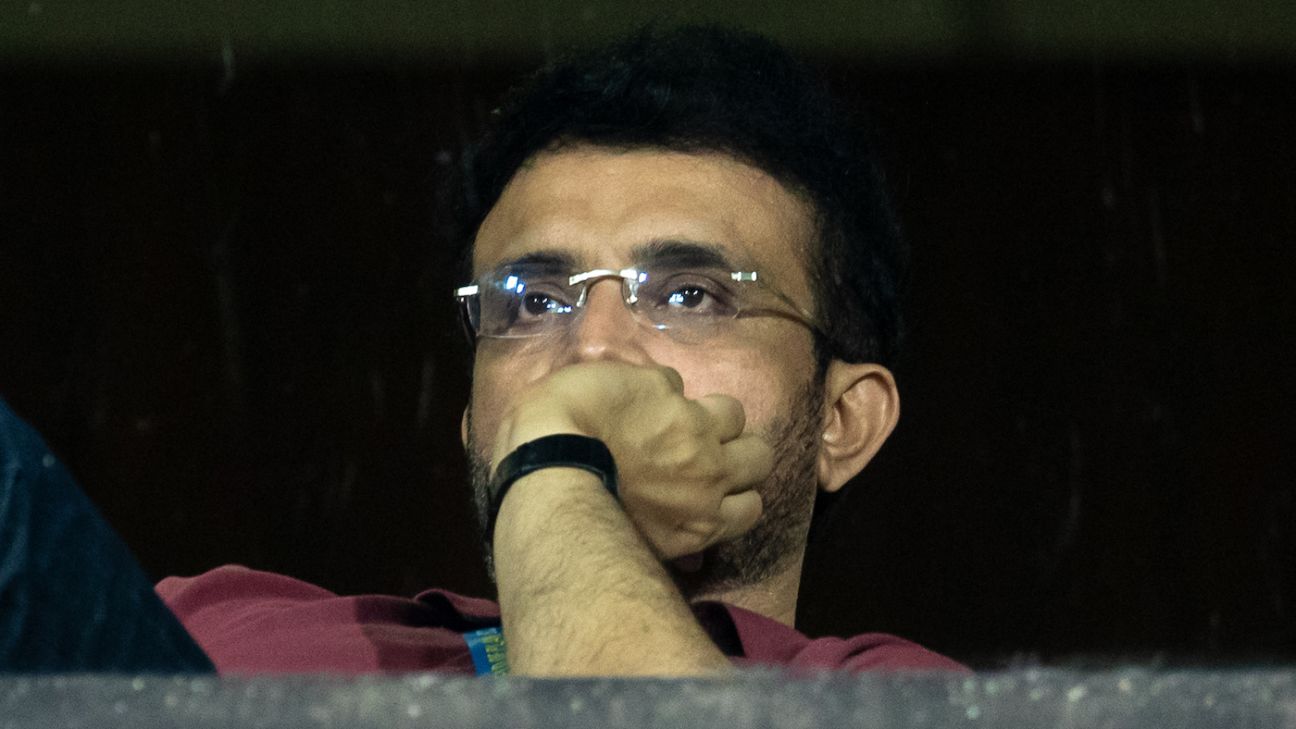 Sourav Ganguly, the outgoing BCCI president, will contest the upcoming elections at Cricket Association of Bengal with the aim of returning as the president of the body, a post he had held for four years between 2015 to 2019.
“Yes, I will be contesting the CAB polls,” Ganguly told PTI. “I plan to file my nomination on October 22. I have been in CAB for five years and as per Lodha rules, I can continue for another four years.
“I will finalise my panel on October 20.”
The PTI report said, “There was a strong buzz that Ganguly’s elder brother Snehasish would contest in place of Avishek Dalmiya for the top post, but the former India player’s nomination changes a lot of equations.”
Ganguly became the president of the BCCI in October 2019, and is set to be replaced by former India allrounder Roger Binny from October 18, when the BCCI’s annual general meeting will be held in Mumbai.
Jay Shah will continue as BCCI secretary, the most influential position in the board. Rajiv Shukla will also stay on as the board’s vice-president.
Along with Binny, there will be two first-timers in the new administration: Ashish Shelar, who served as Mumbai Cricket Association president between 2017 and 2019, will be the treasurer, and Devajit Saikia, currently secretary at Assam Cricket Association, will be the joint secretary.
Another key appointment is that of Arun Dhumal, who is set to take over as the new IPL chairman, a post held since 2019 by Brijesh Patel, the former India batter, who will be forced to vacate the seat as he turns 70 on November 24. That is the upper age limit for an office bearer or administrator in the BCCI’s constitution.
As a requirement, Dhumal, though, will initially need to contest for the position of an IPL governing council member. Also joining the governing council will be Dalmiya. He will replace Khairul Majumdar, who will be nominated as the BCCI’s general body representative on the board’s Apex Council.
Tags: India, Sourav Ganguly

Dambulla to return as international venue