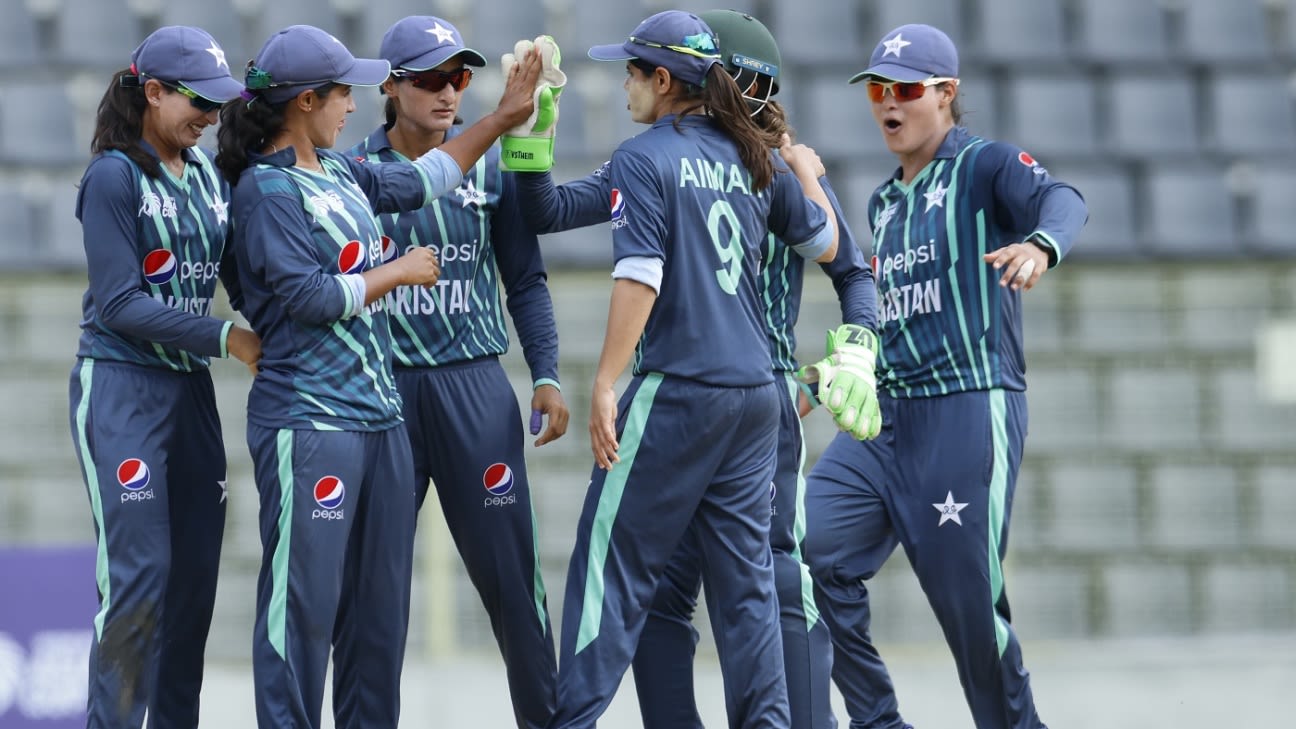 Lahore Qalandars has expanded its Player Development Programme (PDP) to include women cricketers, in a bid to expand the playing base in Pakistan. The franchise is set to launch an open trial on October 18 in Lahore, with stints in Rawalpindi, Abbottabad and Gilgit as well, to pick a team of 22 women who will be offered a year-long contract with the aim of nurturing their talent.
The model is similar to Qalandars’ men’s PDP, which has been in place since 2016, and has helped to create a production line of players for the PSL and the national circuit, with fast bowler Haris Rauf its biggest success story. For the women’s programme, the Sports Board of Punjab will work in partnership with Qalandars, providing boarding and lodging for the women based in Lahore.
Related
The non-Lahore venues for the trials have been picked specifically to tap into areas beyond the big cities, and areas where women might not easily be able to venture to another city for trials because of the often conservative cultural backgrounds they come from. Gilgit is known for producing Diana Baig a double-international, capped in both cricket and football for Pakistan.
The players who are selected will get a one-year scholarship with access to Qalandars’ high-performance programme that takes in physical fitness, nutrition, and awareness of their rights, besides developing cricketing skills. Qalandars have a partnership with Australia’s Big Bash League that sees players who develop well enough through to the league, apart from helping build a player base for Pakistan’s own women’s league which will be inaugurated next March.
The women’s game in Pakistan remains by and large in the developmental phase, although over the last few years a few more colleges and universities with grounds have started to play women’s teams. Acceptance for women cricketers has grown in the bigger cities like Lahore and Karachi, but in general there is a still a wider reluctance to let women play the game professionally.
For women, the pathway to Pakistan’s senior women’s team had till recently now been unclear, with no lines going down to the grassroots level, meaning a pool of only 30-35 competitive cricketers at the senior level. Women cricketers had two tournaments: three teams each playing the National T20 and ODI Challenge Cups. But the PCB recently launched and conducted a successful Under-19 tournament, with an on the inaugural Under-19 Women’s T20 World Cup in South Africa next year.
Tags: Lahore Qalandars, Pakistan