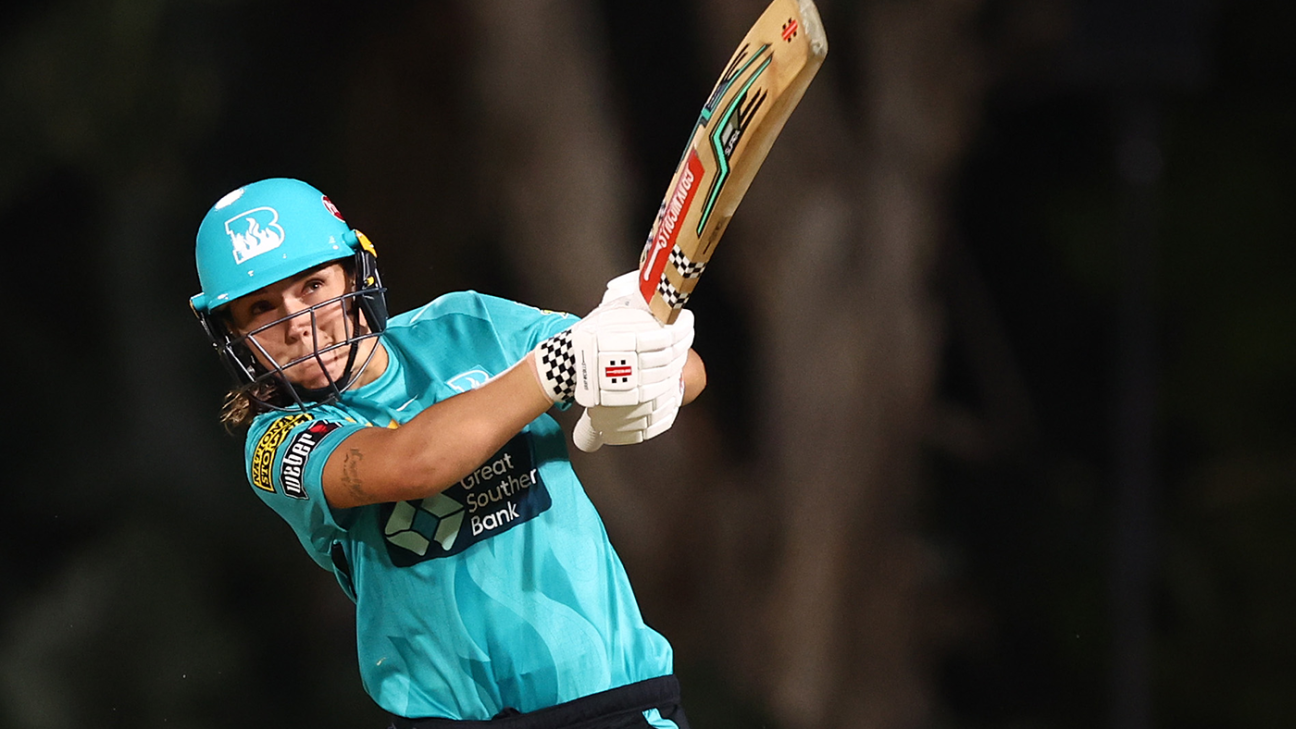 Brisbane Heat 5 for 120 (Tahuhu 3-31) beat Sydney Thunder 7 for 139 (Litchfield 50) by 3 runs (DLS method)
A stunning sixth-wicket rescue mission partnership by Brisbane Heat allrounders Amelia Kerr and Charli Knott secured a three-run win over the Sydney Thunder in a rain-affected clash in the WBBL.
The duo added 48 from 30 deliveries as a thunderstorm hit Brisbane’s Allan Border Field after 17.2 overs in the run chase and ended the match.
Heat were 5 for 120 and three runs ahead of the luckless Thunder using the DLS method.
Kerr (22 off 15 balls) and Knott (20 off 16) came together when the Heat were 5 for 72 as seemingly out of the game but played with great common sense.
New Zealand international Kerr struck two boundaries from the 17th over to get her side ahead on run rate.
She said she had “no idea” how close the Heat were to the required total as the rain tumbled down.
“It was tough for us and tough for the bowling team,” she told AAP. “We had to guess what it was but we knew if we played good cricket shots and they weren’t calling (the teams off) our first goal was to chase down the total.
“We started the [17th] over well with a boundary and wanted to finish it off well, and thankfully I got it over square leg. I thought Charli Knott played an incredible innings.”
Earlier Thunder opener Phoebe Litchfield showed why she is one of the most promising young players in the competition with a quickfire knock that showcased an assortment of savage pulls and drives square of the wicket.
The 19-year-old left-hander made an unbeaten half-century in the washed-out clash with the Melbourne Stars on Sunday and continued that form.
Thunder captain Rachael Haynes held the second half of the innings together to ensure her side posted a competitive total. Kerr was also outstanding with the ball for the Heat and became the equal highest wicket taker in the WBBL competition with eight.
Tags: Amelia Kerr, Brisbane Heat Women, Charli Knott, Phoebe Litchfield, Sydney Thunder Women, Thunder Wmn vs Heat Wmn, WBBL