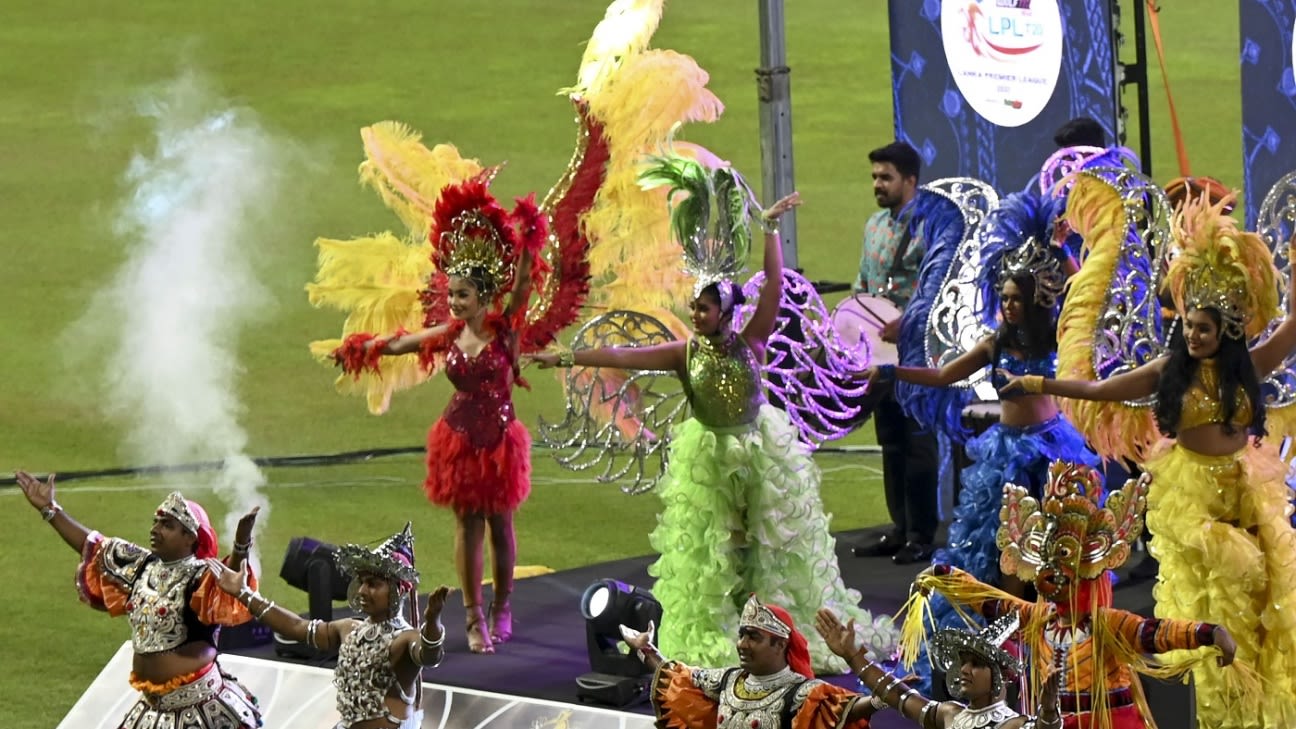 Sri Lanka Cricket has officially confirmed that the postponed third edition of the Lanka Premier League will run from December 6 to 23 – roughly the same window it occupied last year. In August, LPL tournament organiser Samantha Dodanwela had confirmed the start date, but now the duration of the tournament is also set in stone, along with the date of the final.
The tournament will again feature five teams, with franchises named for the cities of Colombo, Jaffna, Kandy, Galle, and Dambulla. The LPL will be played across three venues – the action starting in Sooriyawewa (Hambantota), before moving to Pallekele, with the business end set to be played at Khettarama (Colombo).
The format is also identical to the second edition. Each team will play each other twice in the round-robin stage, before four of the five sides move into the qualifiers, which take the form of the IPL’s final sequence. There will be a direct qualifier to the final to be played between the sides finishing first and second, before teams three and four play an eliminator. A second eliminator will then determine the other finalist.
Related
The tournament was not particularly stable in the first place, with substantial turnover in team ownership between the first and second seasons. But this year the LPL has had the additional challenge of navigating Sri Lanka’s crippling economic crisis, which according to league organisers was the primary reason for the tournament’s postponement from August.
Although Sri Lanka Cricket and the IPG group (who are the official organisers) have announced the fixtures, there is little news as to who will own the five franchises this season. The franchise names have also not been announced. More turnover in ownership is expected.
The side from Jaffna, called the Stallions under the original owners, then Kings under last season’s owners, have won both editions thus far.
Tags: Lanka Premier League, Sri Lanka

Bhargav Bhatt rolls over Odisha for 181