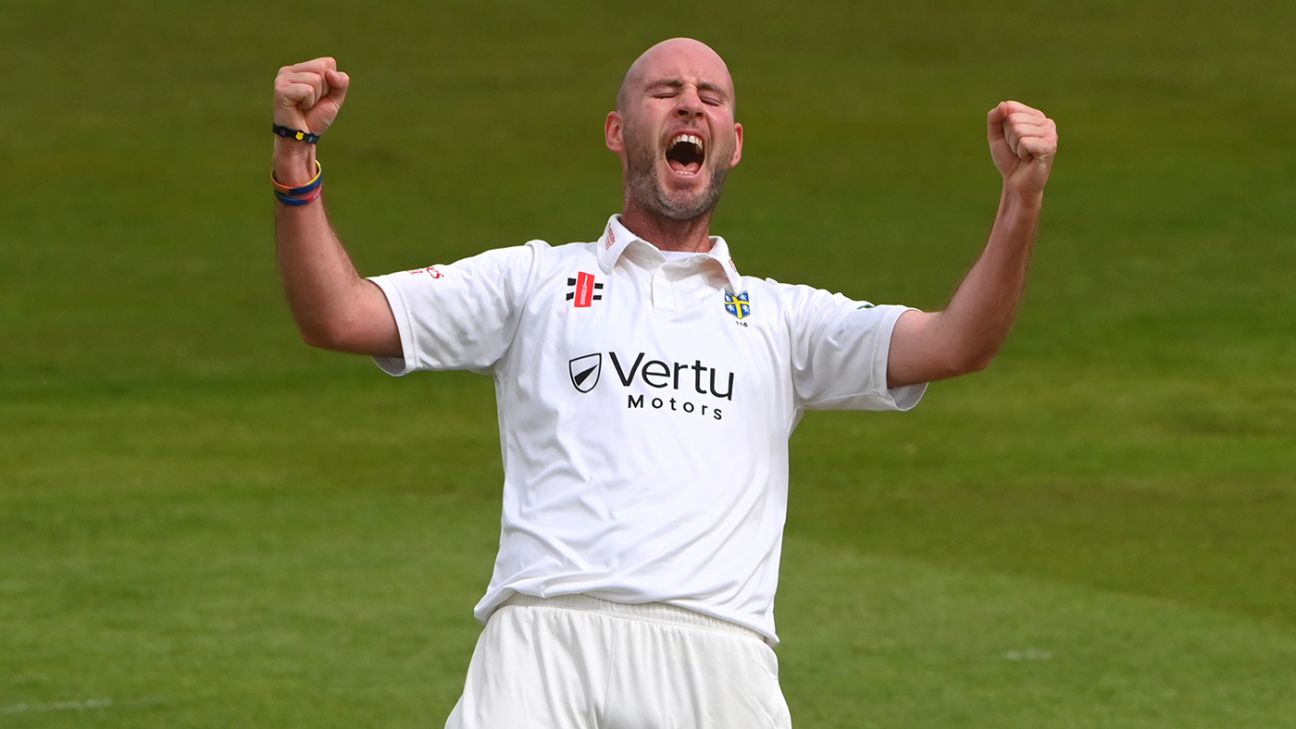 Chris Rushworth has set his sights on winning a second County Championship title after making a surprise move to Warwickshire on a two-year deal, which features an option to extend for a third depending on performances.
Durham announced last week that they had “reluctantly agreed” to let Rushworth, their all-time leading wicket-taker, leave the club. He clarified in a statement that he had made his decision due to “personal reasons alone, and not cricketing reasons”.
He has now been unveiled by Warwickshire as a new signing, who are looking to add depth to their seam attack after the loss of Olly Stone to Nottinghamshire ahead of the 2023 season.
Related
Mark Robinson, their coach, said: “I’m delighted Rushy has chosen to join us. He’s keen to make a fresh start, hungry to succeed and will give us some real quality and obvious experience which at times we lacked last year.
“With the injuries we had last season our depth of bowling couldn’t cope so it’s important we are able to add some more quality and deepen our resources. He’s a wicket-taker, make no mistake. He has 603 first-class wickets to his name.”
Rushworth, 36, took 54 wickets during Durham’s title-winning 2013 season and Robinson said that he is determined to add a second. “He has told me he wants to come because he wants to win another County Championship before he retires,” Robinson said, “which is exactly the language you want to hear.”
Warwickshire were county champions in 2021 but survived relegation by the skin of their teeth in 2022, beating Hampshire on the final day of the season to confirm their Division One status. They are in the process of recruiting a new director of cricket after Paul Farbrace’s departure.
Tags: Chris Rushworth, Durham, Warwickshire