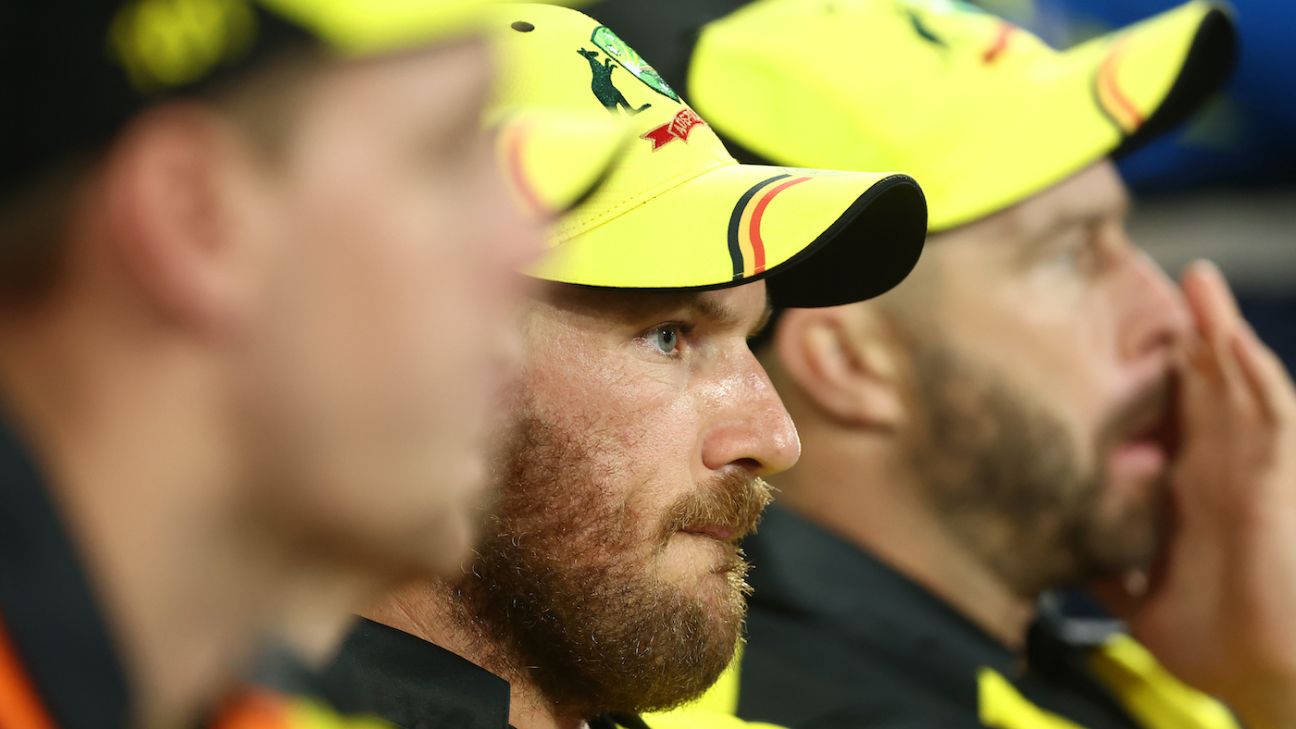 Is it possible? Are Sri Lanka in a better place going into this match than defending champions Australia?
You could make a case, but not really. It’s complicated. Australia were beaten so profoundly by New Zealand in their tournament opener, their NRR has plummeted to a truly appalling -4.45. Sri Lanka, having thrashed Ireland first up, have a NRR of 2.467.
NRRs only come into play if teams are on equal points ahead of the semi-finals. But you’re aiming to be the two best sides in a six-team group. Competition is fierce. And NRRs will weigh on teams’ minds. Sides as far back as Australia, who ordinarily are expected to beat Sri Lanka on home tracks, have that little extra inkling of pressure upon them. They don’t just want to beat Sri Lanka; they want to win big.
Sri Lanka will be content with just winning. In Wanindu Hasaranga, Maheesh Theekshana, and Dhananjaya de Silva, they have better spinners than Australia. But on paper, Sri Lanka don’t win a lot of battles. They don’t have a pace attack of the quality of Mitchell Starc, Pat Cummins, and Josh Hazlewood. And while Kusal Mendis looks as if he is working himself up to serious form, Sri Lanka’s middle order did not put up serious numbers in the qualifiers. They are heavily dependent on those 8-12 overs of spin.
If an upset is to happen here, some stars will need to align. The likes of Dasun Shanaka and Bhanuka Rajapaksa may have to produce the kinds of innings they did in the recent Asia Cup, which Sri Lanka won. Sri Lanka’s inexperienced seamers will need to perform beyond expectation also.
Related

Australia’s openers are their top-scorers this year, which isn’t particularly surprising. However, they have hurt Sri Lanka many times before, and will be confident of taking down the opposition’s novice seam attack. Aaron Finch has three fifties and strikes at 136 against Sri Lanka. David Warner has monstered Sri Lanka in the past, hitting six fifties and a hundred. His 642 runs against them is his highest against any opposition, and he has scored those runs at a strike rate of 141. Sri Lanka will probably need them out early to make a game of this.
Although Wanindu Hasaranga gets a lot of headlines, Maheesh Theekshana has been building himself quite the record too. After 28 T20Is, he has 29 wickets, and an impressive economy rate of 6.42 when you consider he often bowls at least one over in the powerplay. In the absence of Sri Lanka’s go-to death bowler in Dushmantha Chameera, Theekshana will likely have to bowl towards the end of an innings too. So far, he’s done the job nicely. He’s got seven wickets, and maintained an economy rate of 5.86 so far in this tournament.
Australia’s opening defeat to New Zealand has left their NRR at an appalling -4.45•ICC/Getty Images

There is a small chance of rain in Perth, but it’s unlikely to impact the cricket hugely. Not a lot is known about how the Perth stadium pitch will behave, because it is not only a new stadium, it also saw little cricket over the pandemic. But it tends to be a boundary-hitting ground.